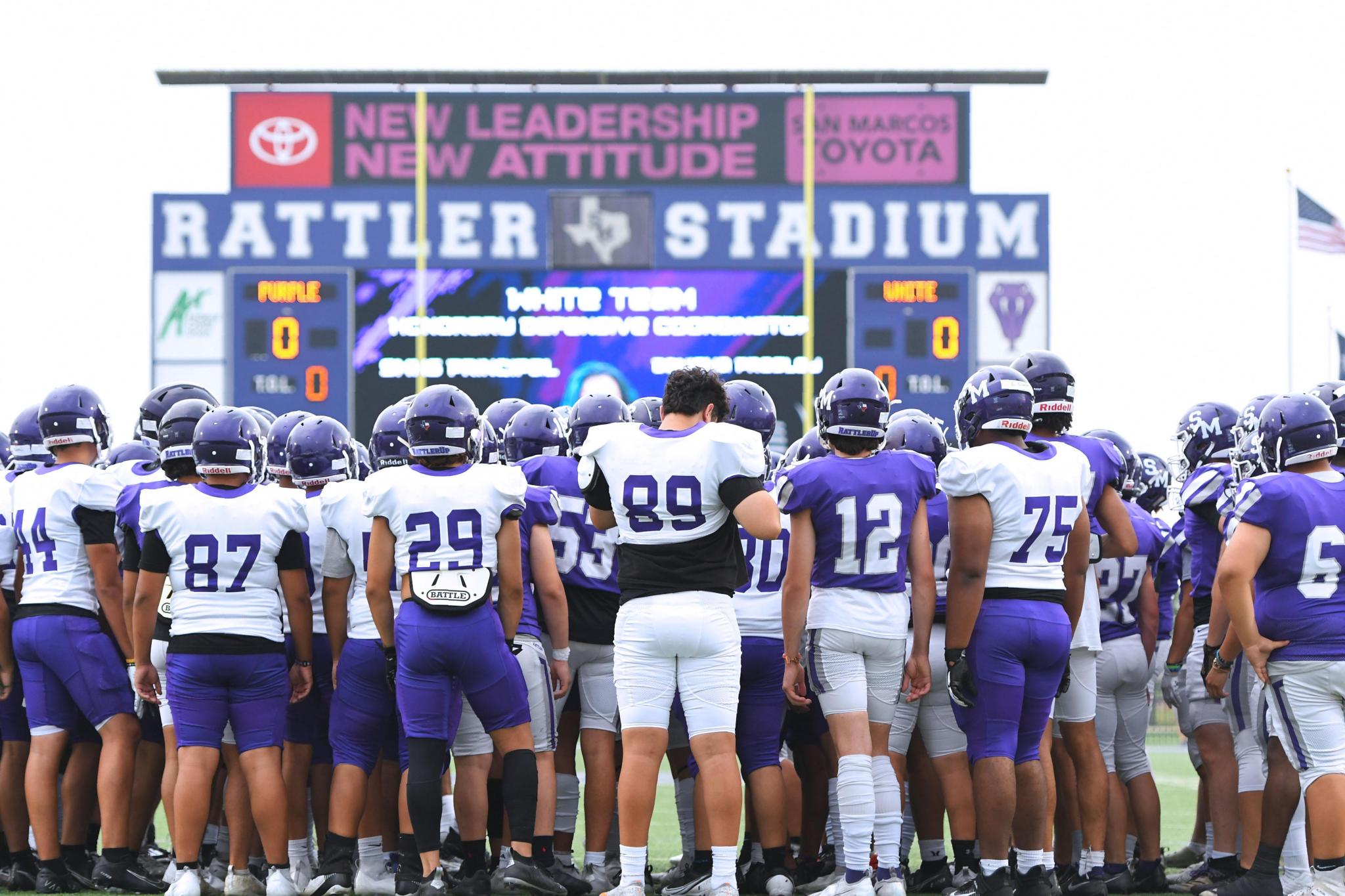 After opening the 2022 season with a pair of home games, the Rattlers will travel to San Antonio Wagner for its first road contest.

The Thunderbirds went 4-6 overall and 2-5 in District 27-6A play last year, finishing in sixth place in the league. Wagner will be playing in an entirely new division the next two seasons, though, after UIL realignment moved the school down to Class 5A Division I, where it previously made back-to-back state semifinals appearances in 2018 and ‘19. Head coach Jason Starin will lead a fairly inexperienced squad, returning just 15 lettermen, including eight starters — three on offense and five on defense.

San Marcos’ offensive line will face one of its biggest tests against the Thunderbirds’ defensive front. They’ll bring back their top two sacks leaders in junior Greg Williams and senior Nehemiah Hernandez, who combined for eight in 2021, as well as three of their top five tacklers in Williams (50 tackles, 9.0 TFLs) and seniors Nate Western (75 tackles, 5.0 TFLs) and Jyrine Campbell (52 tackles, 1.0 TFL). They’ll also lean on junior defensive back Darius Burley to lead the way in the secondary.

There will be bigger holes to fill in Starin’s double-slot option offense. Junior Cameron Smith will likely assume the starting quarterback spot, and while he ran for 73 yards and a touchdown on 14 carries last season, he was not credited with a single passing attempt, per MaxPreps. Wagner will also need to restock its running back room after graduating four of their top five leading rushers, with senior Mar’kel Ford being the sole returner. Ford is bound to take on a bigger role after gaining 623 yards and eight touchdowns on 71 carries and 109 yards and three scores on four catches.

Dave Campbell’s Texas Football magazine predicts the Thunderbirds to finish in second place in District 12-5A DI, returning to the playoffs. Wagner will host San Marcos in San Antonio on Sept. 8 at 7 p.m.