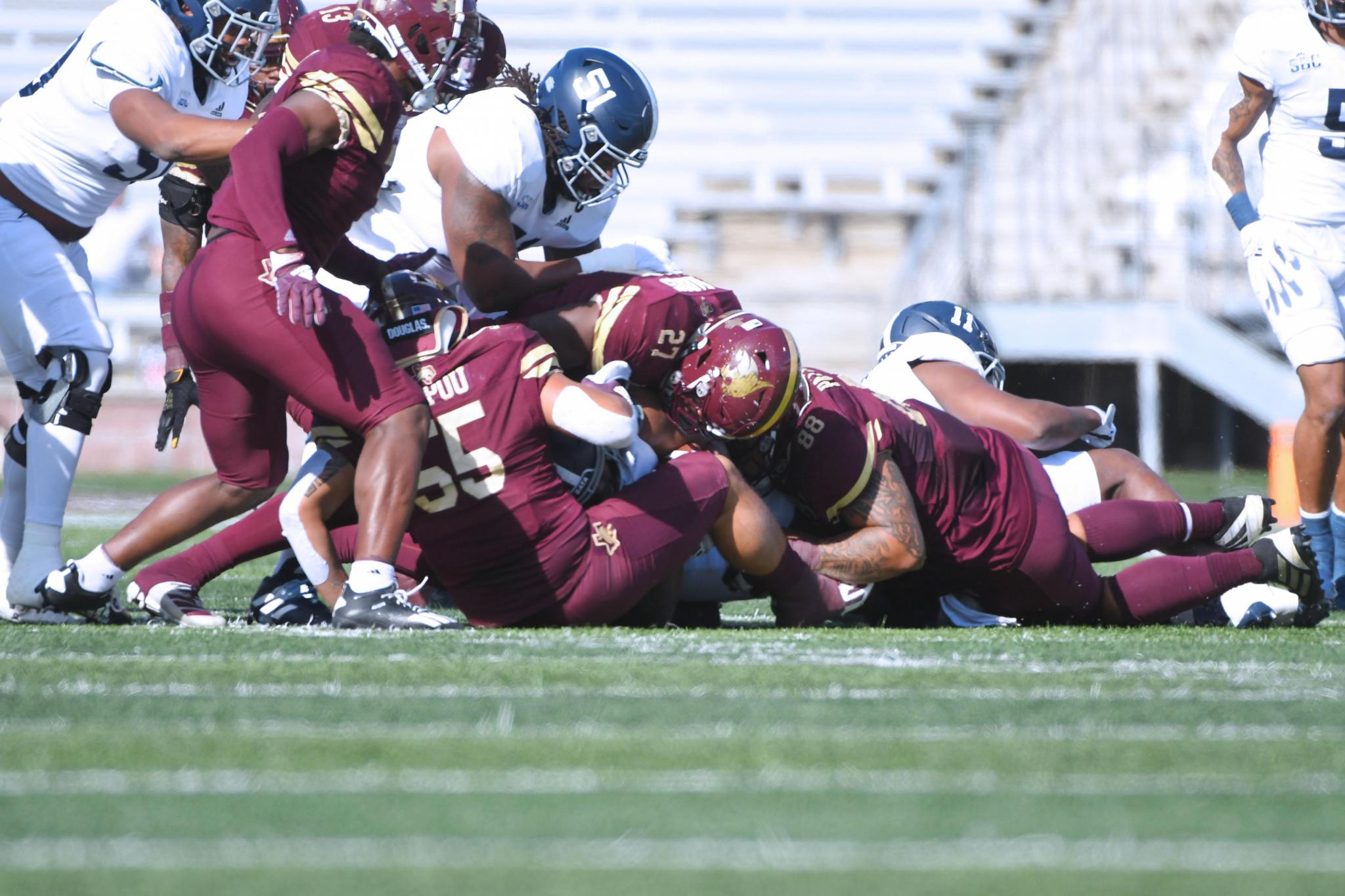 Texas State stepped up to the challenge last week.

The Bobcats, playing on the road against a reigning Sun Belt co-champion, were a tough beat against Coastal Carolina, keeping the game tied at 21-21 before allowing two more touchdowns in the second half and suffering a 35-21 loss.

“I thought we had a lot of good energy, you know, especially for a team that's not playing for bowl eligibility,” head coach Jake Spavital said. “I thought they had a lot of passion, a lot of fight in this game. You know, we talk about playing clean football, playing complementary football and and our margin for error is pretty minimal and we've got to make sure that we're not beating ourselves. And I thought that Our kids played a pretty clean game. We didn't have, really, any penalties, we didn't have any turnovers.”

The maroon and gold now head into the final week of the regular season going up against a team in a similar spot. Arkansas State has struggled to close out tight games this season, going 1-4 in games that have been decided by seven points or less. That includes a 28-27 loss to the Sun Belt’s other reigning co-champion, Louisiana, on Oct. 21 and a 28-20 loss last week to Georgia State.

The Red Wolves are an extremely pass-heavy offense under first-year head coach Butch Jones, averaging a conference-high 316.4 passing yards per game and a league-low 71.0 rushing yards per game. Redshirt sophomore quarterback Layne Hatcher has posted at least 48 passing attempts in each of the last two weeks.

“When you click on the tape, you see a really good offense, you know, almost better than what you want to see,” defensive coordinator Zac Spavital said. “Their appearances and formations are the same as they've been in the past. There are some new concepts that he's brought but for the most part, ... it's the same team we played last year.”

Last year’s matchup between Texas State and Arkansas State turned into a shootout that went down to the wire, featuring nine combined touchdown passes. Redshirt freshman running back Calvin Hill ran across the goal line for a 6-yard touchdown with 34 seconds left on the clock to give the Bobcats a 47-45 win.

The Red Wolves’ defense has improved since then, though, moving up from last in the Sun Belt in passing yards allowed to seventh with 255.3 per game.

“They're putting their guys in place and you can tell they're developing them,” Jake Spavital said. “They're still playing extremely hard. They're kind of like us right now, you know, there's no quit in this team right now. And Coach Jones is a great motivator, and he's gonna get this team ready to go.”

Both teams will be hungry to close out the year on a high note.

“It's kind of bittersweet right now, I don't know. It kind of feels weird,” senior quarterback Tyler Vitt said. “We're just trying to make the best of the last week trying to do everything we can with the last chance that we got. And just trying to have fun with my friends, that's really the biggest thing for me.”