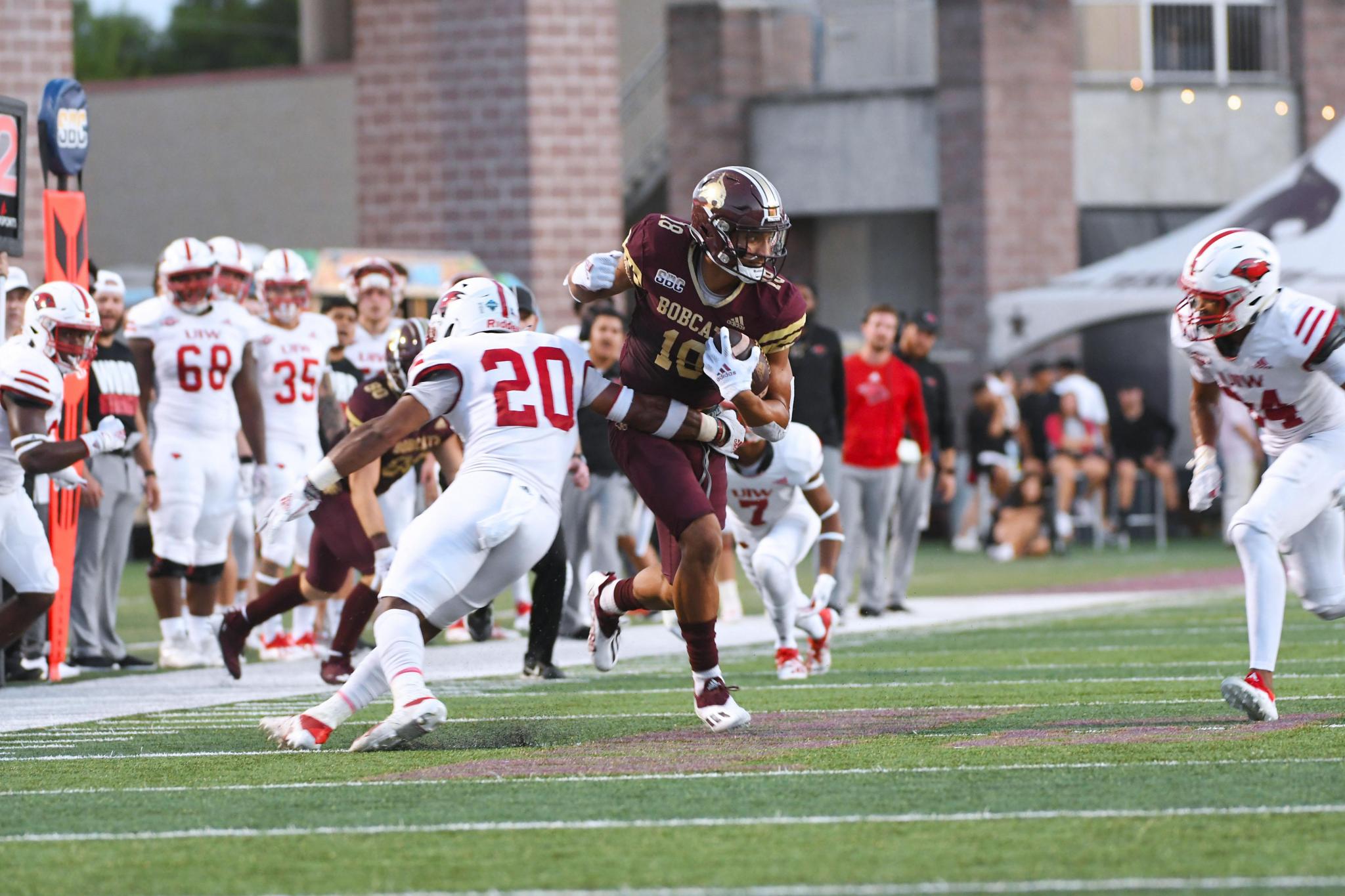 The team took a few days away from Bobcat Stadium, with some players getting an opportunity to return home to see their friends and family last weekend. But the maroon and gold also spent a lot of time at the facility, too, searching for ways to rebound from its 1-3 start to the 2021 season.

“I looked at a lot of NFL teams and college teams and called around to a lot of guys and we all run the same stuff to a certain extent,” head coach Jake Spavital said. You know, it's how can we help them out, how can we get the protection cleaner, how can we get these guys a little bit more confident in what they're doing and from a scheme standpoint?”

Fifteen players returned to practice for Texas State, which missed 20 or more in each of the past two games. Spavital is glad to see the players back on the field, but noted he didn’t think the team’s depth issues were the main reason the Bobcats lost their games against Incarnate Word and Eastern Michigan — it was more that they played too uptight.

Spavital is hoping that changes against the Jaguars. South Alabama fields one of the top-performing defenses in the country, with 84.6% of its opponents’ drives ending in a punt, takeaway or a turnover on downs, a mark that ranks third in the FBS. The unit also boasts the top third down conversion percentage (.192) and the third-best red zone defense percentage (.545).

Texas State’s offense has struggled converting on third downs this season, a product of falling behind the chains early in drives due to negative plays or penalties. The team has converted just 20 times on 56 attempts. And while the group has yet to be stopped in the red zone, scoring on 100% of its 14 trips inside the 20-yard line, the Jaguars have proven to have the capability of ending the streak.

Offensive coordinator Jacob Peeler was hopeful that his players would step up to the challenge this week, though.

“The biggest thing is just the things within the game. You know, we talk about situational football, third downs, how we can stay on the field offensively and how we can execute better in critical down moments,” Peeler said. “I thought it was a really good week, I thought our kids responded extremely well. You know that they were hurt after that Eastern Michigan game and they came back with the right mindset. Because a lot of times in by weeks, kids sometimes just try to go through the motions and you know, just trying to get through practices. And that was the farthest thing from what they did. I mean, this is a really special group.”

The Bobcat defense will be tasked with slowing down the conference’s leading receiver in junior wideout Jalen Tolbert. The 2020 All-Sun Belt First Team selection has caught 27 passes for 555 yards — averaging 111 yards per game. No other receiver in the league is averaging more than 100.

“I've been a fan of this kid for a while,” Spavital said. “You sit there and you watch how he plays and how he's progressed over the years, you know, he had a great season last year and then he's even having a better season this year. He's not scoring, probably, the touchdowns that he would like to do but he's making a lot of plays out there. But he's a long, athletic kid and he's got great speed so that's definitely — I think he is the strength of that offense because you sit there and there are certain plays that you believe that the defense is in the right position and he's out there making the plays.”

South Alabama (3-1, 0-1 Sun Belt) visits Bobcat Stadium on Friday, the game kicking off at 6 p.m. The all-time series between the team is tied at 3-3, with the home team winning every contest.

“Things happen and you know, (we) cannot let that feed into the next game and into the season,” redshirt sophomore tight end Jackson Lanam said. “We've still got eight games, we've still got a chance to go to a bowl game and get some wins. And it's really just looking at the mental aspect of football because we've got all the skills and the physicality. It's just the past couple games, you know, it was a couple mental errors. So that's what we're really focusing on, making sure that that does not go on to the next games and that we capitalize on their mistakes.”