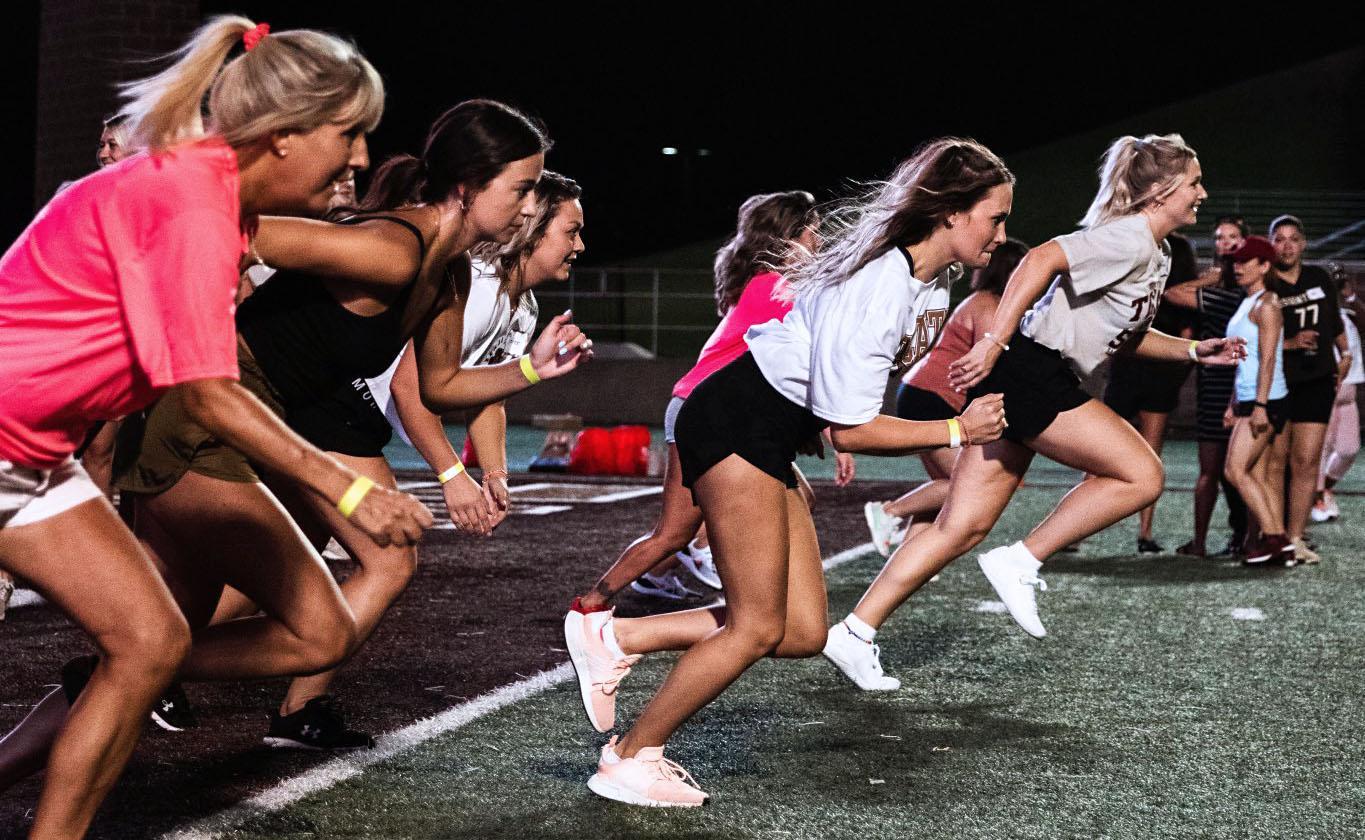 Not only was the 24-year-old the first female Director of Operations in the Bobcats’ history, but she’s also put on a women’s clinic hosted by the program the past three years to give other women the same opportunities she had.

The goal of the clinic is to give women the chance to “live a day in the life of a Bobcat,” and see what players and coaches go through on a normal day in-season. It also allows women interested in working in football to network with other women who are also interested.

This year’s event happened this past weekend on Aug. 13. and was the most attended clinic out of the three that Blocker has hosted so far, gathering 80-plus women.

“Watching (the clinic) grow, I think it shows how much more people are (engaged),” Blocker said. “There’s so much excitement around Texas State and the football program. So it’s good to see that. And especially I think this year, we’re raising money for Susan G. Komen. So, everybody has their stories, you know, with a family member that’s been touched, a friend, themselves, whatever it may be.

“But again, I think the highlight of it all is just you see (that) there’s more and more excitement (for the event) every year, and that shows a lot about this place, this program, this coaching staff and this team really, because more and more people want to get involved. So it’s good to see that over the years.”

Head coach Jake Savital offered Blocker the Director of Operations job around her graduation after the positive impression she’d made as a football operations student assistant.

Spavital has also been a big supporter of the Women’s clinic from the start. There’s even a session where participants get to meet and talk with the Bobcats’ head coach and learn from someone in his position.

“It means a lot (that he’s supported me throughout the growth of the clinic) and he knows that I take a lot of pride in it. And this is something for me (where I get to see) women being in sports and bringing them around and just getting them to see like, this is what I do every day, you know. A lot of women don’t get to see the football world and what goes on every day. So it means a lot to me just having women be around the program and (getting) to see what it is actually like.” 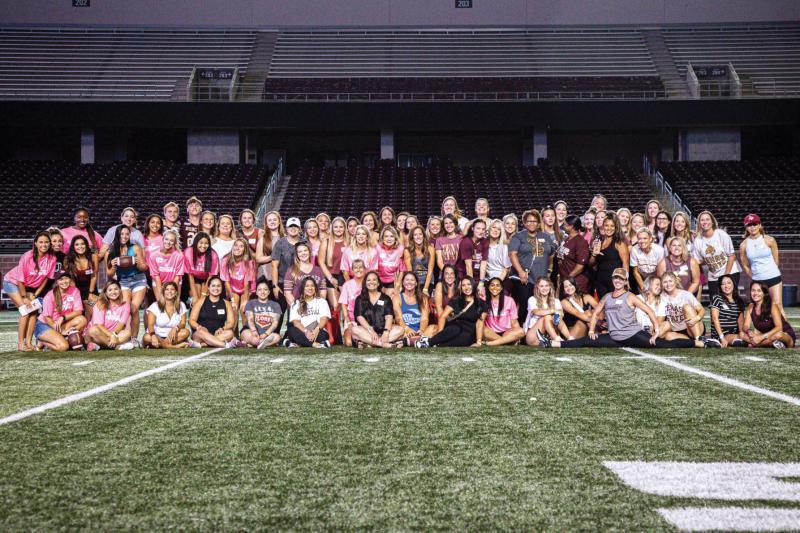 Blocker believes the impact of the clinic is multifaceted, and that ties in with the community feel the event has adopted over the past three years.

“(The clinic creates) a family, you know, and it’s the San Marcos community,” Blocker said. “You have people from different businesses, you have the coaches’ wives, you have players, moms, so it just kind of brings everybody together. I don’t think you ever really get that opportunity during the year. So if you do it before the season, now everybody kind of knows faces and (the participants) are all people that always attend the games. So when they come to the games, they start to recognize people.

“And then I think too they (get to) see the players without the pads on and in the uniforms, and that’s a big part of it. They feel more of a connection with them. So when they go to the games, they are now like ‘oh my gosh, I met him at the clinic and we hung out with him,’ and I think it builds more of that relationship and it puts even more passion behind it.”

Heading into next year’s women’s clinic, Blocker will reach out directly to the participants and see what they enjoyed and what they didn’t — similar to Spavital’s evaluations on the field. After that, Blocker will be locked up in football duties with the season getting started but will have an idea of how she can make the event even better next year.

“I think the biggest thing I want to (do is) go back through my registration list and just reach out to all the women and get their honest opinion on what they would like to see,” Blocker said. “They’re the ones that aren’t around this a lot, I get to see this every day. So (figuring out) what are some things that they want to see. Maybe it’s like position meetings, or maybe we sell T-shirts and make it more of an event for them and (keep it) fun. I want to get more businesses involved (as well), we had a lot of people at the clinic that worked at a bunch of different businesses or owned a business and they were (asking), ‘how can I get involved, how can I help,’ so I need to take more time on that.

“I think we can make it a really, really big event. I liked it (being) on Saturday this year, I think that helps with all the moms and getting babysitters, you have to think about all that. But it’ll be around this time next year. I definitely want to reach out and at least get other people’s opinions because it’s about them not me. I just put it together so I want to hear from them (about) what they would like to see and do.”