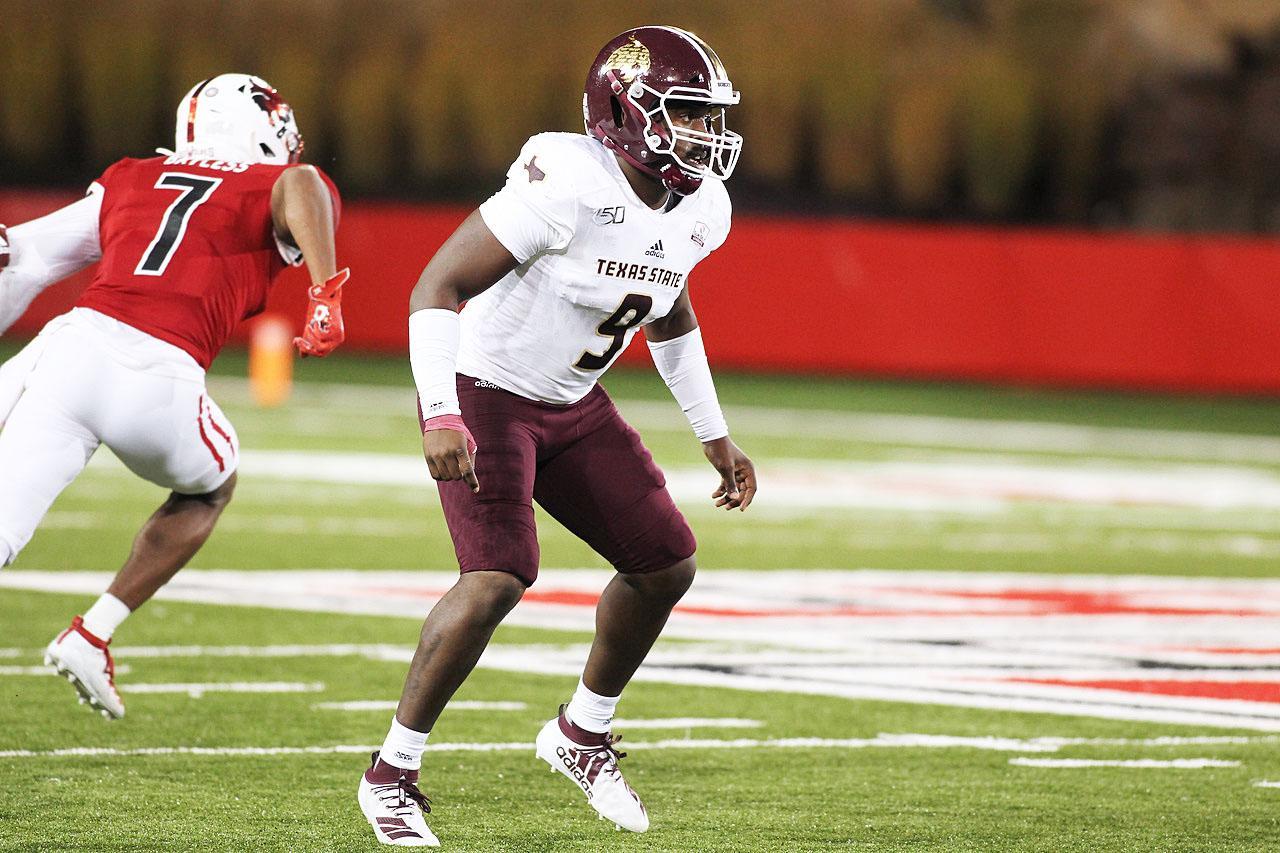 Jake Spavital knows the defense is getting frustrated.

Texas State’s offense was held to 14 points for the second week in a row last Saturday in a 38-14 loss at Arkansas State. Excluding the final drive of the first half, when the team received the ball with 40 seconds left on the clock, the Bobcats had nine drives that were shut down in three plays or less.

Two of the drives ended in interceptions, the second of which led to a touchdown for the Red Wolves.

“I would be frustrated, too,” the head coach said. “And that was something that I could kind of start to see and that’s what we addressed. It’s who we are right now. You know, our offense is struggling and we gotta find ways to pick them up. And I challenged the defense in elevating their plays and their standards and try to win the game on defense. But the offense needs to look themselves in the mirror and figure this out because it’s not a very good style of football that we’re playing on offense.”

Texas State (2-5, 1-2 Sun Belt) will attempt to look better this week when the team travels to Lafayette, Louisiana to take on Louisiana (5-2, 2-1). Sophomore quarterback Tyler Vitt, who completed 15-of-27 passes and threw for 146 yards, one touchdowns and two picks is set to start again this week while junior Gresch Jensen remains in concussion protocol.

Spavital said the Ragin’ Cajuns are “sound” in their defensive scheme, but believes Vitt can take advantage if the offense plays up to its ability.

“I think he’s a tough kid,” Spavital said. “He shows back up, he took some shots (against Arkansas State) and he just kept fighting the entire game. And I think these kids are going to start rallying around him once he just gets more and more comfortable back there.”

Defensively, the Bobcats will have to slow down the No. 3 rushing offense in the country. Louisiana averages 286.9 yards per game and has scored 27 touchdowns on the ground, trailing only Navy and Air Force. The Ragin’ Cajuns boast a running back stable of juniors Trey Ragas and Elijah Mitchella and senior Raymond Calais, each contributing over 400 rushing yards this year.

The game plan will almost be the exact opposite for Texas State as last week, when the defense had to prepare for the No. 21 passing offense in Arkansas State. Spavital expects the judgment to go smoothly, though.

“I don’t worry about the defense. I don’t,” Spavital said. “You know, those guys, they’re trained well, they play hard, they’ve got a good just organization of the ups and downs of where to put guys and what to do and where they’re weak and how to protect them. And they do put those guys in situations where they can have success and you see it. I’ve been so impressed with the defense and where they’re at.”

The Bobcats battle the Red Wolves on Saturday at 6 p.m. Some of the team’s goals are still on the table — the maroon and gold could still be eligible for a bowl game with enough wins. Texas State is hoping to get one step closer this week.

“Every day I tell them, I say, ‘We’ve got five games left,’” senior defensive lineman Ishmael Davis said. “Like, we got a whole half the season left. So let’s go, let’s finish out.”