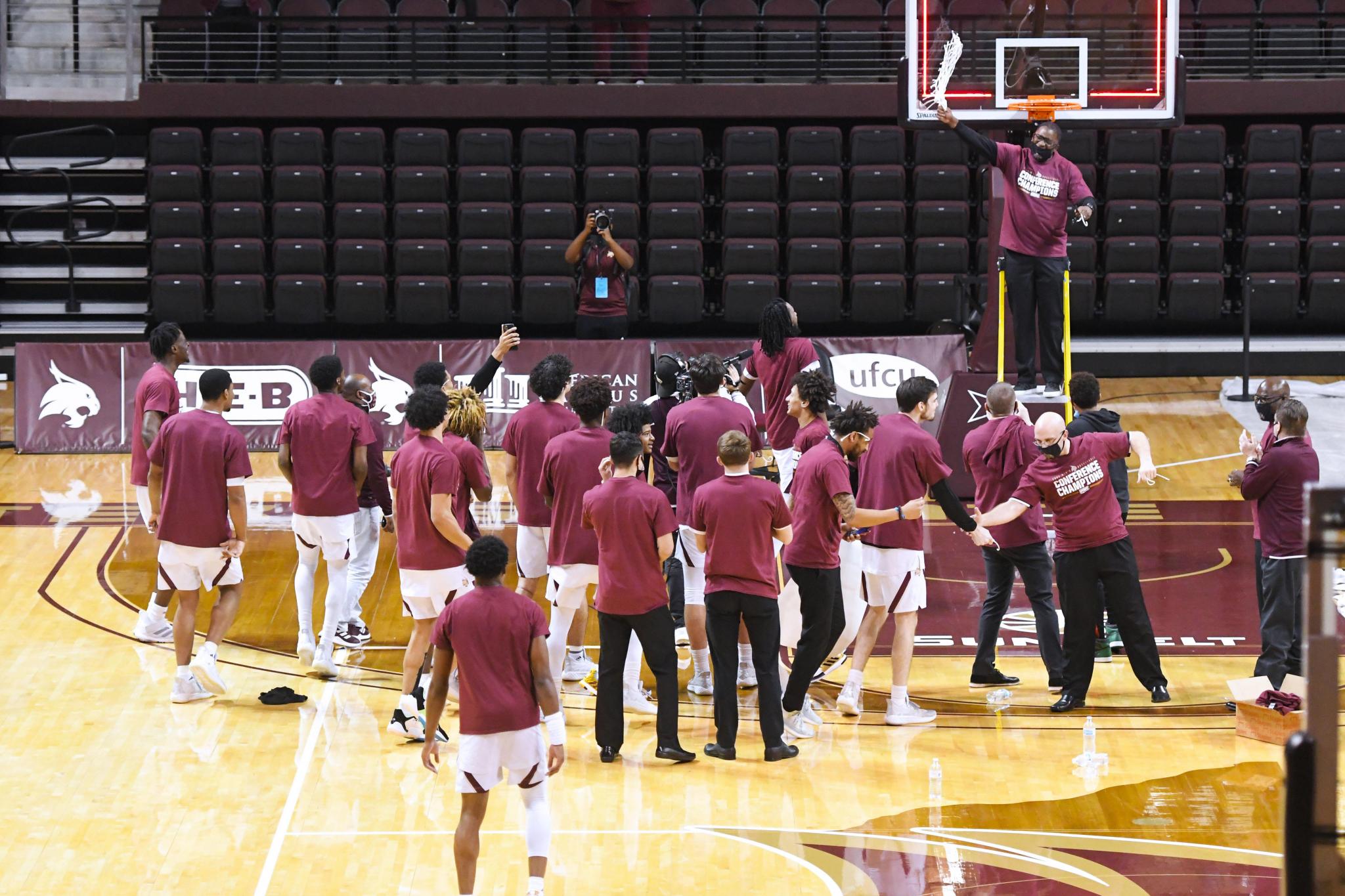 Texas State men’s basketball released their full schedule for the 2021-22 season on Tuesday, featuring 14 games at home, 14 on the road and one non-conference tournament.

“What we tried to do is try to prepare ourselves for a tough conference. The Sun Belt is always going to be a gauntlet of a conference and I think this schedule definitely does that,” head coach Terrence Johnson said in a statement. “We have a variety of different playing styles and well-coached teams that I know are going to be prepared. There's also a certain level of physicality that accompanies this schedule and that's going to help (us) prepare for our conference.”

The Bobcats will play in an exhibition against St. Mary’s inside Strahan before the start of the season on Nov. 4. They’ll then begin non-conference play with five straight road games, taking on Incarnate Word on Nov. 9, LSU on Nov. 12, Vanderbilt on Nov. 14, Dixie State at the Empire Classic in Northridge, Calif., on Nov. 19 and either Cal State-Northridge or Eastern Washington on Nov. 20, depending on the outcome of the first day of the tournament.

The maroon and gold return to San Marcos for their first home game on Nov. 24, facing LeTourneau. They’ll play Rice on the road on Nov. 30 but then play four-straight at home, going up against Denver on Dec. 5, Southwestern on Dec. 12, Lamar on Dec. 15 and Paul Quinn on Dec. 18. They’ll close out their non-conference slate at Houston on Dec. 22.

“That matchup (with Houston) is towards the end of December as we are about to head into conference play after the Christmas break, so I think that'll be a great test to see where we are at that point,” Johnson stated. “If we can find a way to rebound against a team like that, defend a talented team like that and be able to hold our own and make it interesting down the stretch — like we did a couple of years ago — I think that'll help build a lot of confidence and definitely help us gain some momentum heading into conference play.”

Sun Belt competition begins Dec. 30 when Texas State hosts Troy, followed by South Alabama on Jan. 1, 2022. The team will head to Georgia Southern on Jan. 6 at Georgia State on Jan. 13, then return to host Louisiana-Monroe on Jan. 13 and Louisiana on Jan. 15.

Texas State closes out the regular season with road games at Louisiana on Feb. 10 and ULM on Feb. 12, home games against Arkansas State on Feb. 17 and Little Rock on Feb. 19, and two more road matchups with South Alabama on Feb. 24 and Troy on Feb. 26.