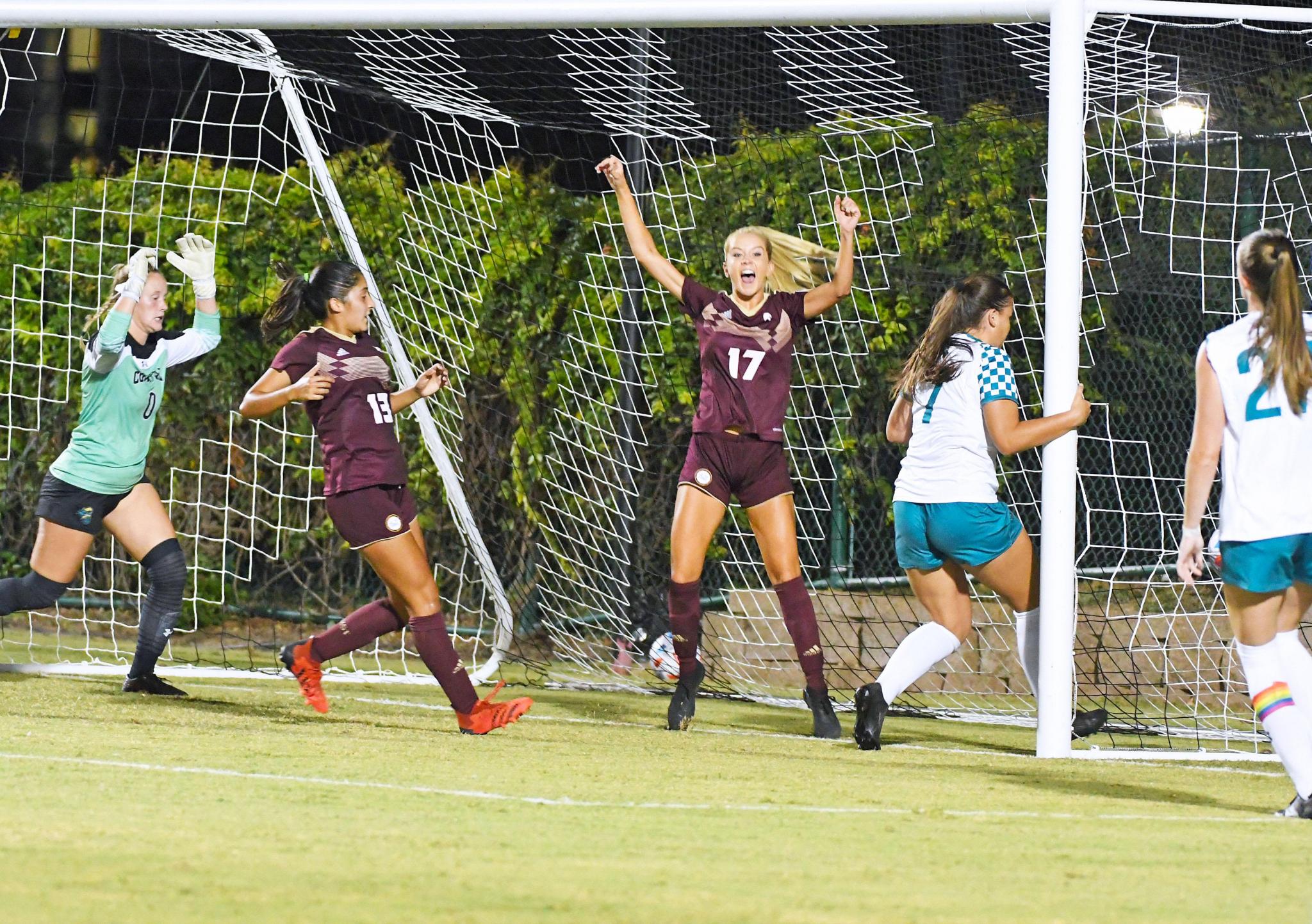 The Texas State women’s soccer team announced its schedule for the 2022 season on Monday, featuring 11 matches at home and seven on the road.

The slate will be the Bobcats’ first under the guidance of new head coach Steve Holeman.

“We have a very challenging non-conference schedule that will certainly prepare us for the rigors of the Sun Belt. It was already one of the top women’s soccer conferences in the country and it just got a lot better with the addition of the new programs,” Holeman said in a statement. “Our overall schedule is extremely competitive and we’re looking forward to getting underway.”

The maroon and gold will prepare for the year with a pair of tune-up games. Texas State will head to San Antonio to take on I-35 rival UTSA for an exhibition on Aug. 7 at 7 p.m. The team will also meet up with Oklahoma in Frisco for a scrimmage on Aug. 12 at 7 p.m.

Texas State officially begins its season inside the Bobcat Soccer Complex on Aug. 18 at 7:30 p.m., hosting St. Mary’s (TX). Texas State will play Incarnate Word at home on Aug. 21 at 7:30 p.m. before heading out for its first road matchup against Texas A&M-Corpus Christi on Aug. 25 at 7 p.m.

The Bobcats will remain in San Marcos for five of their next six matches, beginning with a homestand against Houston Baptist on Aug. 28 at 7 p.m. and Kansas City on Sept. 1 at 7 p.m. They’ll face North Texas in Denton on Sept. 4 at 1 p.m. before returning home to play Rice on Sept. 8 at 7 p.m. and TCU in its final non-conference game on Sept. 11 at 7 p.m.

The maroon and gold begin Sun Belt play facing Arkansas State on Sept. 17 at noon. They’ll square off with Georgia Southern on the road on Sept. 22 at 6 p.m., face Louisiana-Monroe on Sept. 25 at 1 p.m., then go up against a pair of new conference opponents when they play Southern Miss on the road on Oct. 1 at 1 p.m. and James Madison at home on Oct. 6 at 7 p.m.

The Sun Belt tournament is set to be held Oct. 31- Nov. 6 in Foley, Ala. The Bobcats will look to improve on their 7-8-2 overall record from a year ago and advance past the first round of the tournament for the first time since 2018.