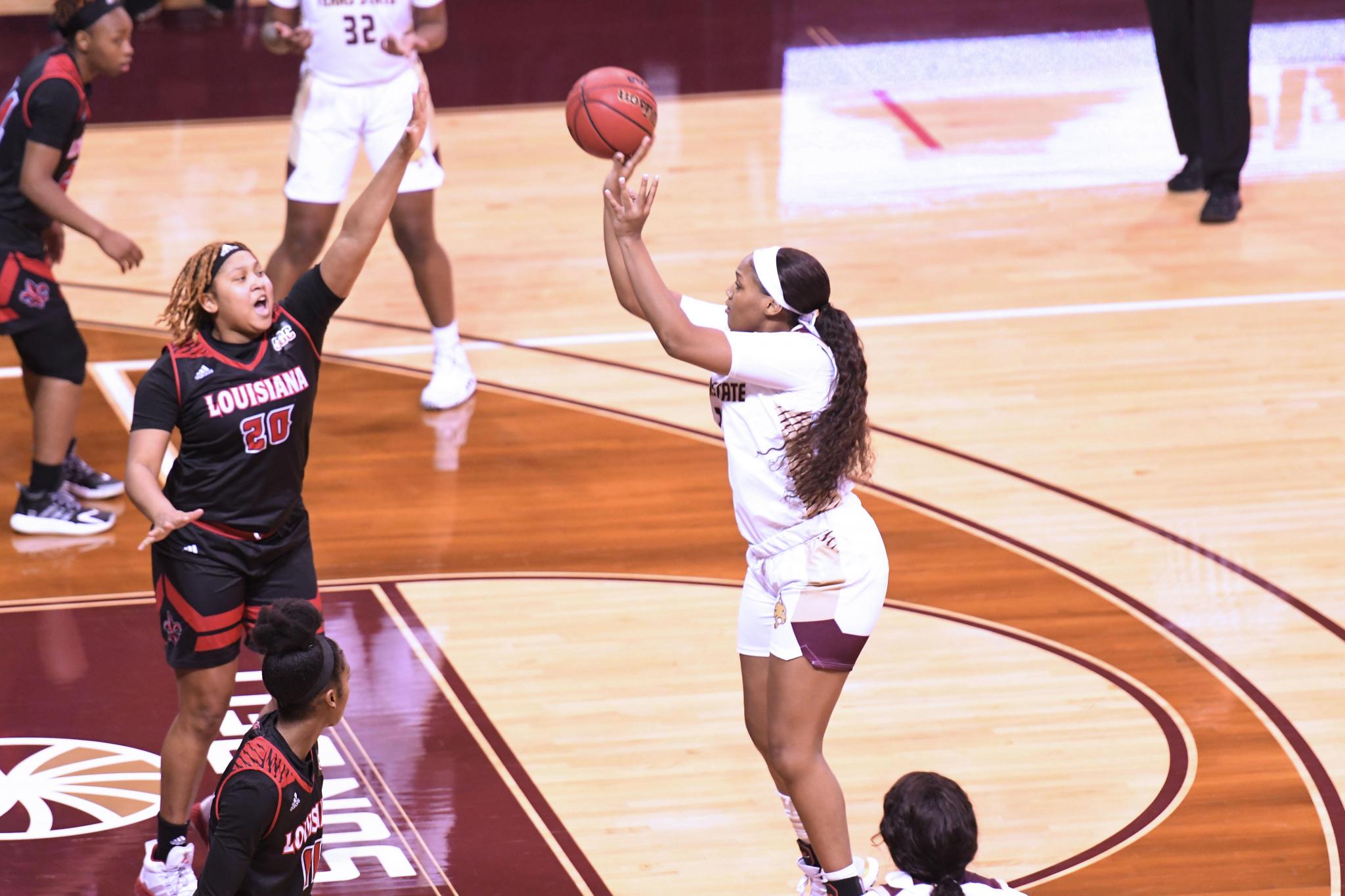 Texas State fell in a pair of road games against Arkansas State this weekend, dropping Friday’s game, 54-53, and Saturday’s, 70-54.

The team came just short of a win in Friday’s contest despite giving up 24 free throws to the Red Wolves, who made 15. After trailing by 10 with 5:29 left in the fourth quarter, the Bobcats chipped away at the deficit and had an opportunity to win the game on the final possession. Senior guard Avionne Alexander kicked the ball to junior guard Kennedy Taylor, who was open in the corner. Taylor took two dribbles inside and pulled up but the ball rimmed out, giving Arkansas State the victory.

“Tonight showed that this team wasn’t willing to go out without a fight and I think that’s really true about who these young women are,” head coach Zenarae Antoine said in a statement. “My expectations are that we come out stronger and smarter (Saturday).

“We can’t put the home team at the free throw line to that degree and not expect it to be a momentum changer for them. And another piece is we have to put the ball in the hole. We had so many opportunities and we have to be able to finish these shots.”

Despite Antoine’s expectations, Texas State got off to a rough start in the first quarter of Saturday’s game, giving up 29 points to the hosts. A free throw by Taylor put the visitors within seven points at the 3:13 mark of the third quarter, but Arkansas State pushed the lead back up to double digits by the end of the period and kept it that way throughout the fourth, taking the 70-54 win.

“It’s really tough to start out a game in the hole and hats off to Arkansas State for coming out with a lot of energy,” Antoine said. “I felt like our team worked hard to prepare for this game and when we got knocked down, it took us a while to get back into it and by the time we got back into it — obviously — our team did a fantastic job coming out of halftime by holding them to only six points and finding ways to start chipping away.

“But the physical piece of the game only sustained for so long to where we weren’t able to close the gap to much further than what it was.”

The Bobcats (4-5, 1-3 Sun Belt) will look to end its three-game losing streak this weekend when they host Little Rock (5-4, 1-1) inside Strahan Arena, both Friday and Saturday’s games tipping off at 4 p.m.