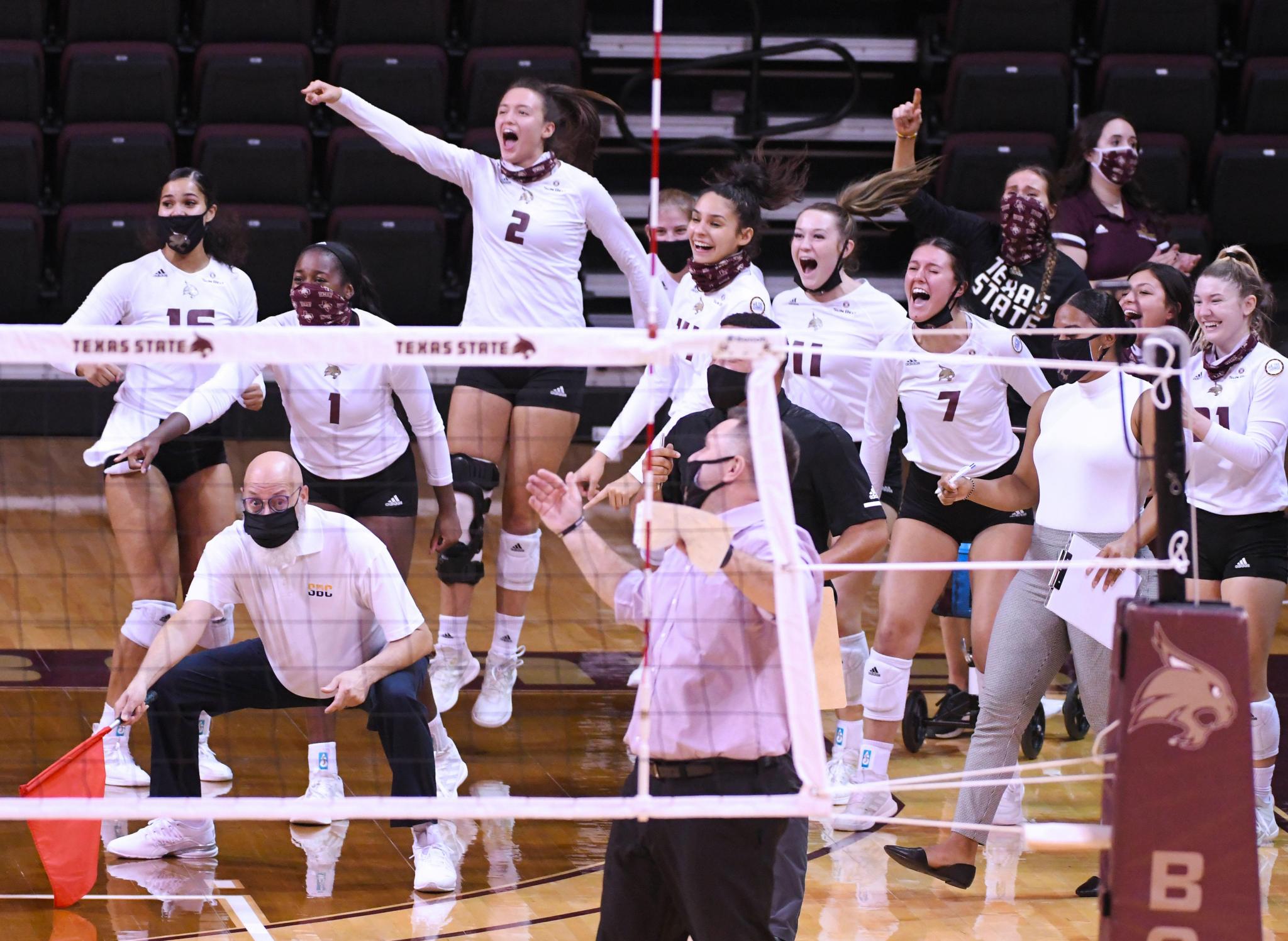 “We are really excited about the schedule we put together for this season,” head coach Sean Huiet said in a statement. “This group has high expectations and they want to do something Texas State Volleyball has never done before, so we presented them with a schedule that can help prepare us for that.”

The non-conference schedule includes both the teams that competed in the NCAA national championship game, three other tournament teams and four other Power 5 schools.

The Bobcats begin the year with a doubleheader at the Dayton Invitational on August 27, opening up against national champion Kentucky first at 10:30 a.m. and taking on Cincinnati second at 7 p.m. They’ll close out the tournament the next day against Dayton at 2 p.m.

Texas State will follow it up with a trip to Lubbock for the Red Raider Classic. The team will challenge Texas Tech on Sept. 3 at 6 p.m., then see Ohio State and Rhode Island the next day at 11 a.m. and 5 p.m., respectively.

The maroon and gold will square off with Texas in Austin on Sept. 7 before taking part in their first home matches at the Bobcat Invitational on Sept. 10, where they’ll meet Alabama at 11 a.m. and Miami at 6:30 p.m. The Bobcats will host Texas A&M on Sept. 14 at 6 p.m. before returning to the road for the Texas A&M-Corpus Christi Tournament. The group will open against the Islanders on Sept. 16 at 6:30 p.m. and conclude the non-conference slate with a doubleheader the next day, playing UTEP at 10:30 a.m. and Tarleton State at 3:30 p.m.

The team starts Sun Belt competition on the road, facing Troy on Sept. 24 and South Alabama on Sept. 25. Texas State returns home to compete against Louisiana-Monroe on Oct. 1, Louisiana on Oct. 2 and UT Arlington Oct. 7. The Bobcats and Mavericks will finish their series in Arlington on Oct. 9.

Texas State will take on Little Rock on Oct. 15 and Arkansas State on Oct. 16., both matches on the road. The team will return home for games against Coastal Carolina on Oct. 22 and Appalachian State on Oct. 23.

The Sun Belt tournament is scheduled to take place in Foley, Ala. from Nov. 19-22. Texas State reached the second round of the NCAA tournament last season, finishing with a 31-9 overall record and 15-1 record in league play. The Bobcats will look to secure a record-breaking fourth consecutive conference tournament championship this year.

“We know the Sun Belt is going to be better than ever,” Huiet stated. “The conference just keeps getting better every year. Our team knows how good the conference is going to be and they know we have a target on our backs. The thing I love about this group is they enjoy that and use that to motivate them daily. The coaching staff is anxious to get back in the gym and start preparing for our 2021 season.”