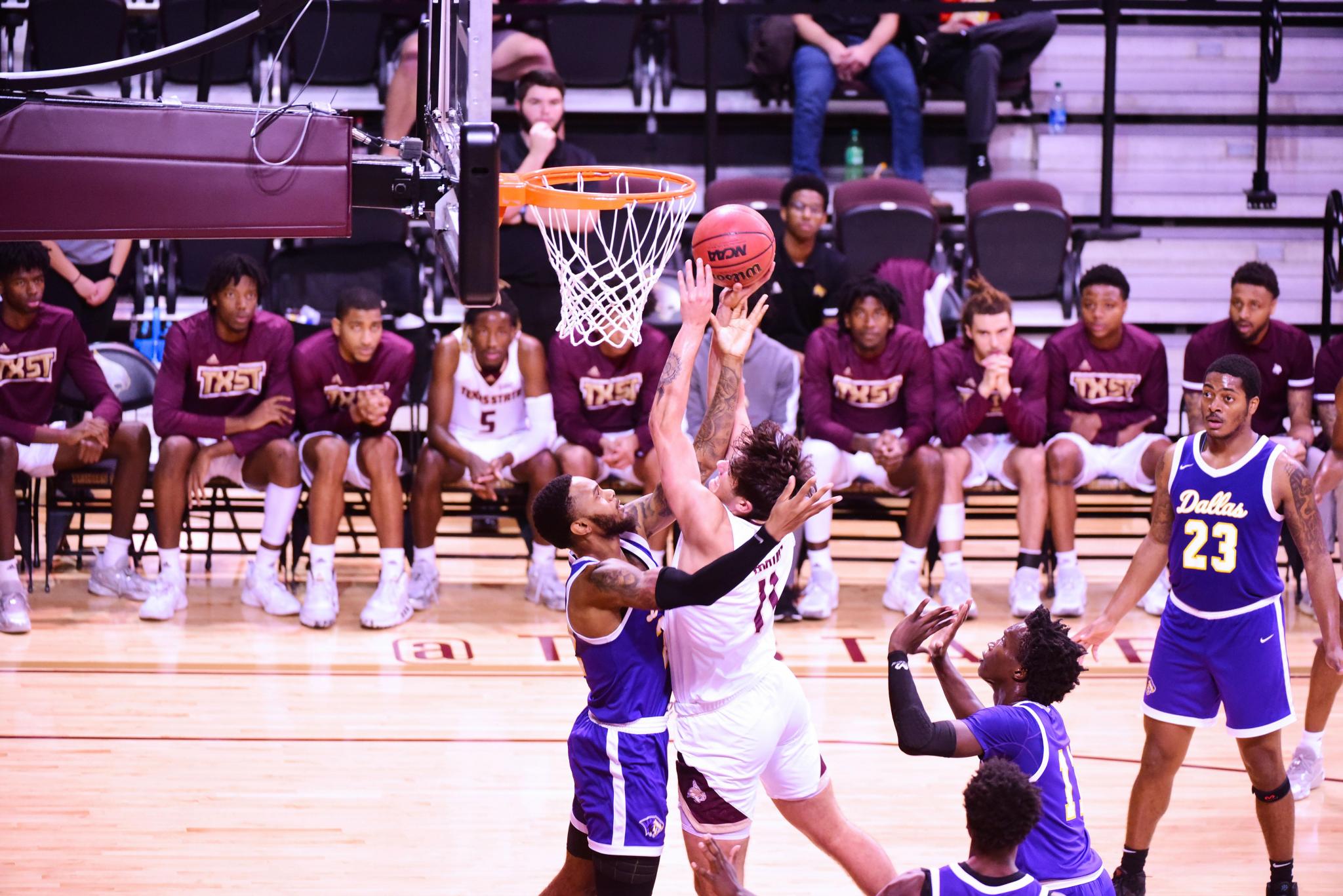 Texas State wraps up non-conference play with loss at Houston, 80-47

Texas State dropped its final non-conference game of the season on the road Wednesday, falling to No. 13 Houston, 80-47.

"I thought we ran up against a juggernaut today. Obviously, Houston is one of the best teams in the country and has one of the best coaches to ever coach the game of basketball," head coach Terrence Johnson said in a statement. "Their ability to shoot the ball as well as they did played a factor but I think the most important factor was their ability to guard us. [Houston] took us out of everything we wanted to run, were super aggressive and physical."

The Cougars (11-2) led from buzzer to buzzer, asserting their dominance from the opening tip. Houston began the game on a 7-0 run and never looked back. The Bobcats (9-3) made just 39.1% of its field goals in the first half and allowed the hosts to make 58.1%, including 9-of-17 on 3-pointers.

The maroon and gold improved marginally after trailing 45-22 at halftime. The team made 41.7% of its shots in the second and held Houston to 51.9% shooting. Still, Texas State wasn't able to mount a comeback, getting outscored in the final 20 minutes, 35-25, and received the 80-47 loss.

Senior guard Shelby Adams led the Bobcats with 10 points, followed by senior forwards Nighael Ceaser with nine Isiah Small with eight. Sophomore forward Nate Martin had a team-high five rebounds and registered the only block of the game for the maroon and gold.

"I thought we struggled a little bit with the physicality and speed of the game," Johnson stated. "Only shooting four free throws is a factor on the road and allowing our opponent to make 13 out of 28 three-pointers is a problem."

Despite the loss, Johnson feels confident his team is ready to defend its regular season conference championship from a year ago.

"We have a little way to go but I'm proud of the effort our guys have put forth thus far in the non-conference," Johnson said. "We are going to get back to the drawing board and get ready for a tough Sun Belt Conference starting out with Troy and South Alabama."