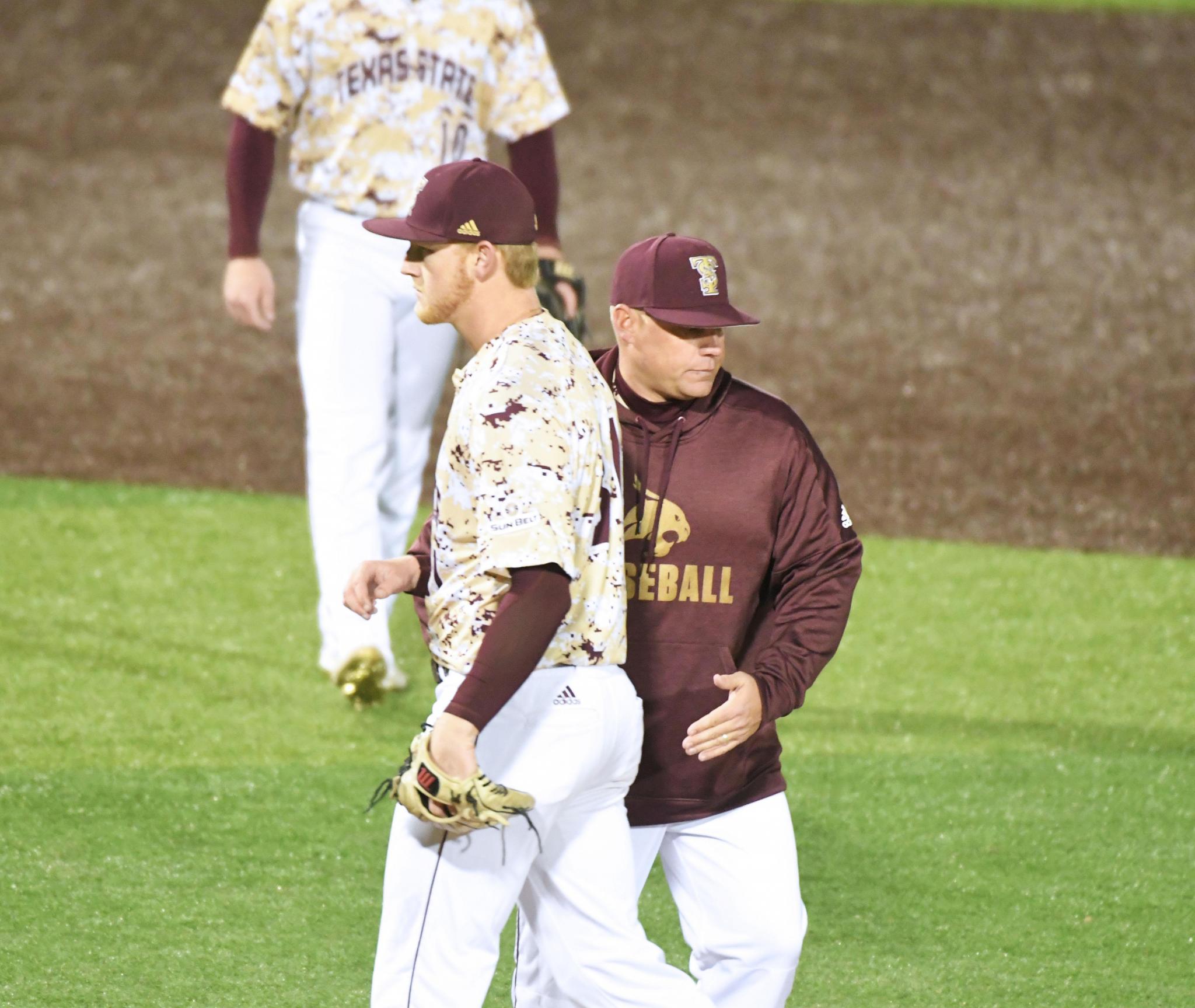 The new Texas State head coach got his team off to a 14-4 start to the season, riding a seven-game win streak heading into its first Sun Belt series of the year. It was the best beginning to a schedule since 2011, when the Bobcats went 15-4.

But while the 2011 squad went on to win the Southland regular season and tournament championships, earning a spot in the NCAA Tournament, the 2020 team never got the chance.

The Sun Belt announced the decision to cancel all organized athletics-related activities for the academic year on March 16 to help curb the spread of COVID-19. Whatever momentum the Bobcats had built vanished in an instant. The rug was pulled from underneath them.

“I thought our guys did a phenomenal job from the get-go of gelling early and more importantly, they found ways to win,” Trout said. “And you know, we didn't play great baseball all the time, but we ran away with a lot of victories. And so, I think that's a sign of a really good team, is when you're still trying to figure out your lineup and your rotation and, you know, some guys playing at this level for the first time — when you can do all those things and collect 14 wins out of 18 games, that's a sign of a really good team.

“We worked for this thing year round. And so, to think, one, we had all that fun and then all of a sudden it just completely stops — you know, yeah, it was crushing. And to me, it was crushing for our kids because of how much time they put in, how much effort they put in. And I always tell them all the time, ‘The practice time is my time. It's my time to make sure our team is getting prepared. And the game time is your time.’ And so, you know, they got shorted on that. And they were having so much fun just being around each other and playing hard. And so for me, it's all about those guys. That's what crushed me the most, was they weren't getting their chance to go back out there and do what they love.”

Trout’s been working at home with his wife since the shutdown. He’s putting his two-year-old daughter through “The School of Trout,” helping her keep busy and active. It’ll be the first time in his career that he’ll get to spend more time in March, April and probably May at home with his family instead of trying to win baseball games four times a week. It’s one positive that’s come out of the change the coronavirus has caused.

But for right now, it seems to be the only one. Trout, the rest of his team and all other winter and spring sport participants are anxiously awaiting the NCAA Division I Council Committee vote on eligibility relief taking place Monday.

Trout’s had preliminary discussions with his coaching staff and players about what could happen. The NCAA said in a statement on March 13 that the Committee agreed that relief was appropriate for all student-athletes who participated in spring sports. But until the exact details of the vote come out, there’s no path forward.

“The hard part is either decision they make, it's tough,” Trout said. “I just don't want to see somebody end their senior year after 18 games. That would be brutal.”

Trout said it would be a little “tricky” if the entire team were brought back. The team would have five six-year seniors on the roster — “which is unheard of.” It might limit the chances that any newcomers receive next year.

But Trout would be “fired up” to run it back with the same group. And on paper, he thinks they could get back to the same spot they left off.

“I think it could be a special group,” Trout said. “I think we would have some older guys with a lot of depth.”

Until then, the coaches are working as academic advisors to the players, making sure everyone stays on top of their coursework as Texas State begins its online classes. He said they’ve been a resilient group thus far, handling the time away from baseball as best they can.

They’re itching to get back, though.

“I think they keep moving day by day and keep finding positives and things and they're tough kids,” Trout said. “And so I couldn't be more proud of how they've handled it. I'm just hoping they get their return to the ball fields.”