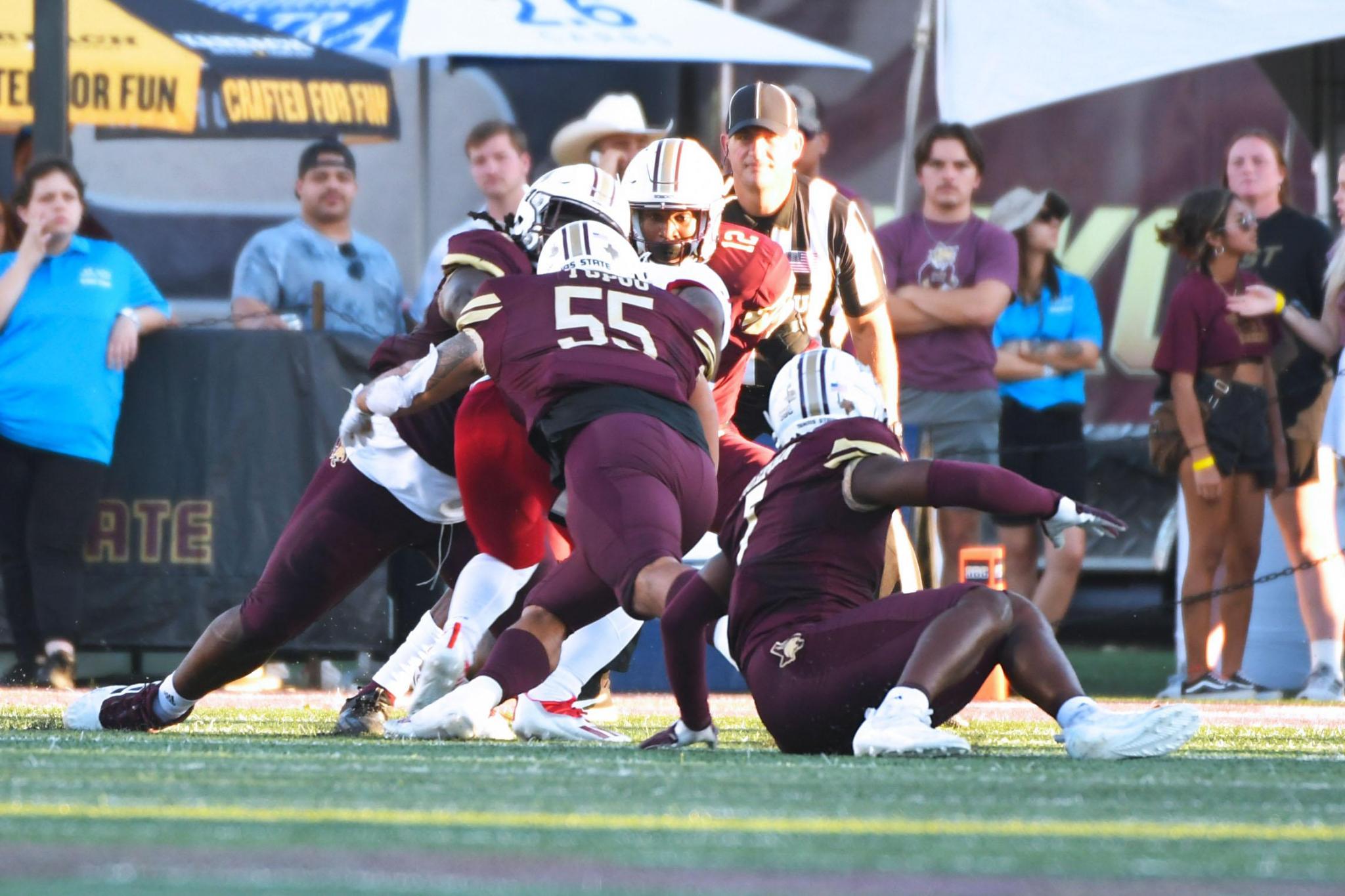 Sione Tupou was surprised by a text he got on Sunday.

It came from Jake Spavital, who the senior linebacker admitted doesn’t text him very often.

“I usually get my texts from my position coach or ZSpav (defensive coordinator Zac Spavital),” Tupou said. “But when I seen his name pop up on my phone, I knew it had to be important.”

The head coach told Tupou he’d been named the Sun Belt Defensive Player of the Week.

“I'm really proud of him, really happy for him because he's played a lot of football,” Jake said. “And for him to have his moment and come up and get that critical fumble recovery in overtime — I still don't know how he got it. But you know, he found a way to get it and that won us the game, ultimately.”

Tupou led a defensive unit that helped Texas State defeat South Alabama in quadruple overtime on Saturday inside Bobcat Stadium, 33-31. The Allen graduate, who transferred from UTEP last year, registered a game-high 14 tackles, forced one fumble and recovered another — the takeaway coming in a critical moment of the game.

After coming short of the end zone in double overtime, Texas State missed on a field goal, giving the Jaguars a chance to put the game away with a score. South Alabama ran the ball three times in a row, hoping to get better positioning for a game-winning kick. But on the third handoff, the ball was stripped loose by Bobcats senior linebacker Markeveon “Binky” Coleman and picked up by Tupou, ending the drive and sending the game into a third overtime.

Tupou broke up a pass on the visitors’ next possession and the hosts went on to win the game in the next period.

“It's well deserved because he put a lot of effort work into it and he just played with physicality,” Jake said. “We addressed some things over the bye week and we had some guest speakers. And I really saw him flip the switch in practice last week and I'm telling you, when you have a great week of practice that normally translates to the field. And I'm saying, he practiced with energy and emotion and physicality and you know, you're like, ‘Man he's gonna have a good game.’”

It’s the first conference weekly award of Tupou’s career and for any Texas State player this season. He’s now up to 31 tackles on the season.

“I was just shocked,” Tupou said of his reaction to Spavital's text. “You know, I was happy, excited. Just happy to see my hard work come to recognition.”