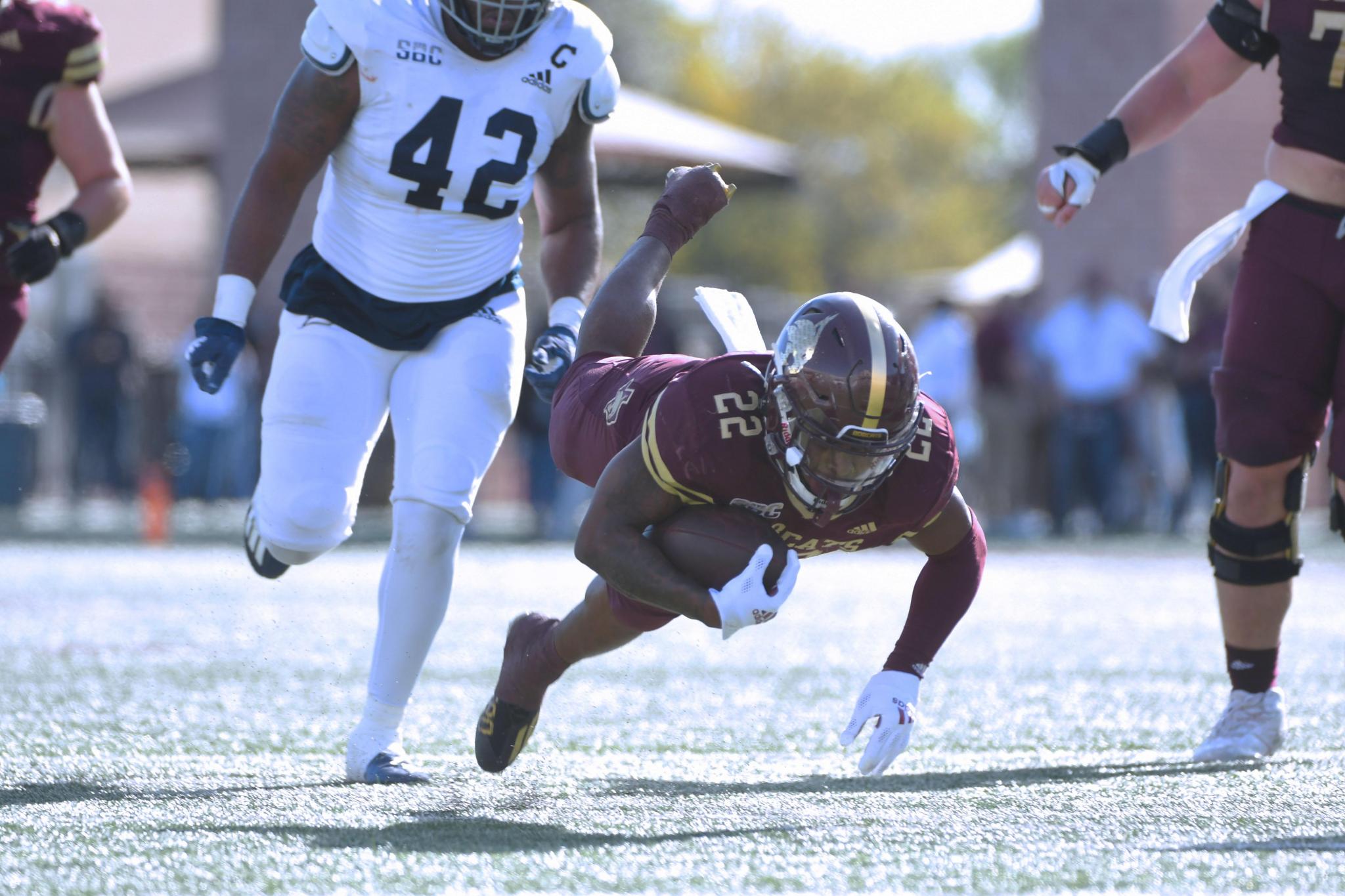 The Golden Eagles were one of three teams to move from Conference USA to the Sun Belt during conference realignment. They’ll be hoping the change generates some momentum for the program after struggling throughout Will Hall’s first season as head coach in 2021, going 3-9 overall and 2-6 in Conference USA play.

There are other reasons for optimism as well. Southern Miss ended the year on a high note, defeating Louisiana Tech and FIU despite not having a healthy quarterback on the roster. And the team returns 85% of its production from last year per ESPN’s Bill Connelly — the most of any opponent the Bobcats will face this year.

The offense brings back 10 offensive starters but the Golden Eagles’ quarterbacks were plagued with injuries all year long, with six different players throwing at least 10 passes for the team. Hall has already named redshirt freshman Ty Keyes his starting signal-caller for 2022. Keyes completed 33-65 passes for 355 yards and three touchdowns with four interceptions in his first year with the team. He’ll have all of the team’s top three receivers from 2021 to throw to, including senior Jason Brownlee, who led the team with 46 catches for 643 yards and eight touchdowns.

The team should also field one of the better special teams units in the league as well, with both senior kick returner Cameron Harrell and redshirt senior punter Mason Hunt receiving All-CUSA recognition.

Connelly’s SP+ projections predict Southern Miss to win 5.9 games on average, giving the team a 60% chance to make a bowl game and ranking it No. 98 in FBS — ahead of Texas State at No. 118. The Golden Eagles return to Bobcat Stadium to take on the maroon and gold as a conference opponent on Oct. 22 at 4 p.m.