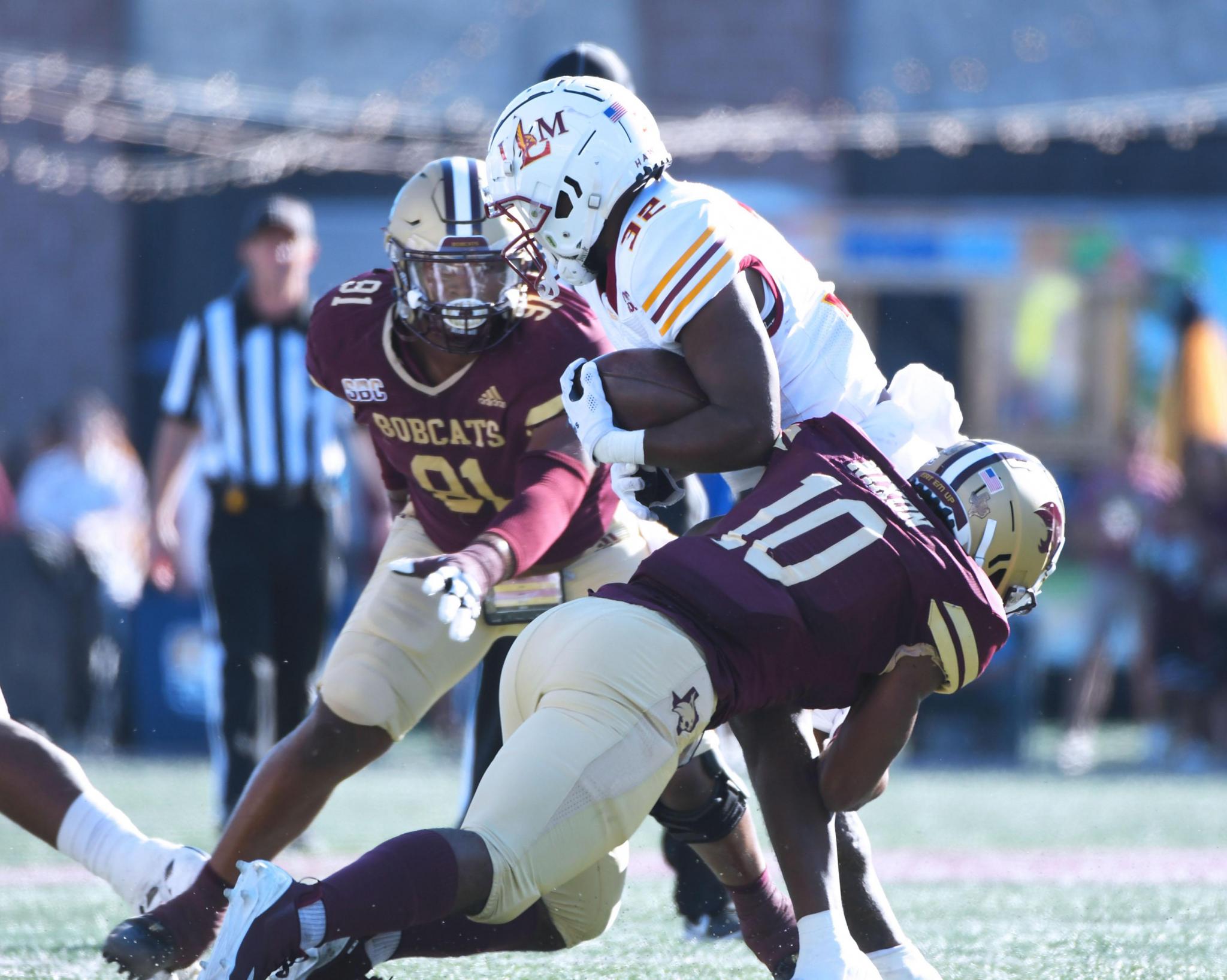 Texas State’s game last season against FIU went down to the wire.

A strip-sack from outside linebacker Issiah Nixon and a walk-off 11-yard touchdown in overtime by running back Brock Sturges lifted the Bobcats over the Panthers in the teams’ first-ever meeting on Sept. 11, 2001, in Miami. Now, FIU travels to San Marcos to complete the home-and-home series.

Butch Davis stepped down as head coach at the end of the 2022 season, criticizing the school’s administration for “sabotaging the program.” The Panthers brought in Mike MacIntyre as his replacement, who was most recently the defensive coordinator at Memphis but has held head coaching gigs at Colorado and San Jose State.

FIU graduated a large swath of starting seniors and saw many players jump into the transfer portal as a result of the coaching change, losing 46% of its production according to ESPN’s Bill Connelly and giving MacIntyre a mostly clean slate to work from. He brought in Duke transfer quarterback Gunnar Holmberg to take over behind center and added Syracuse transfer wideout Sharod Johnson to join forces with All-Conference USA Second Team selection Tyrese Chambers (45 receptions, ​​1,074 yards, nine touchdowns) and redshirt senior receiver Randall St. Felix (20 catches, 273 yards, two touchdowns).

On defense, MacIntyre will be relying on Syracuse transfer cornerback Adrian Cole and former Texas State safety Pierce Withers in the secondary. He’ll hope to see a jump in production from Gaethen Bernadel as the sophomore linebacker takes on a bigger role with the defense. Redshirt junior Davon Strickland, an All-Conference USA Honorable Mention, will anchor the defensive line as well.

Connelly’s SP+ projections predict FIU to win 4.1 games on average, giving the team a 17% chance to earn a bowl bid and ranking it No. 125 in the FBS — two spots below Texas State at No. 123. The maroon and gold host the Panthers inside Bobcat Stadium on Sept. 10 at 6 p.m.