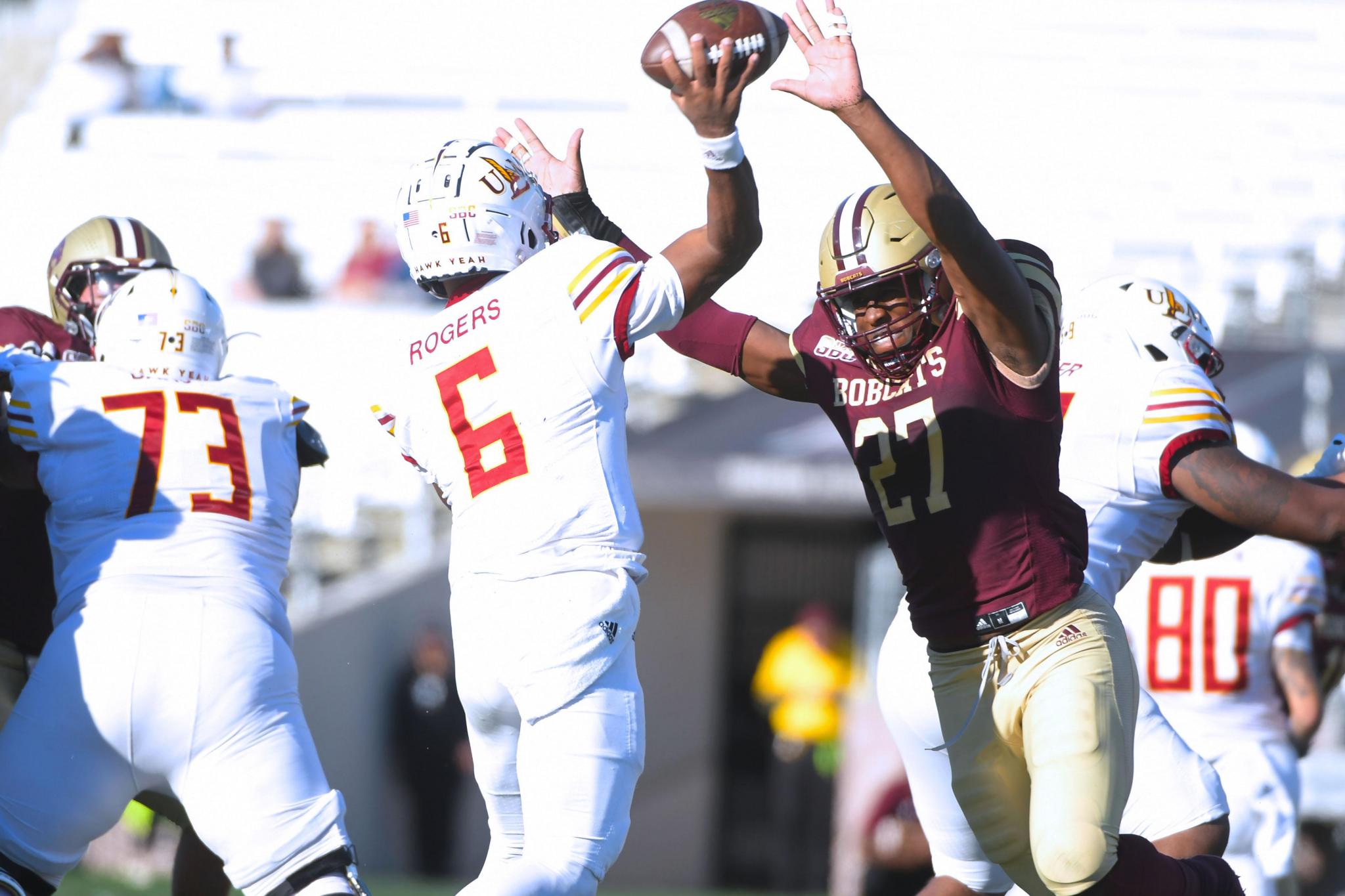 Texas State travels to Monroe, La., to kick off their November slate against the ULM Warhawks.

Terry Bowden’s first year in the bayou ended with a 4-8 overall record and a 2-6 record in Sun Belt play. The Bobcats’ contest against ULM in 2021 resulted in a 27-19 victory for the maroon and gold.

The Warhawks will rely heavily on their experience on offense. Some names to watch include the quarterback-slot receiver tandem of sophomore quarterback Chandler Rogers and graduate receiver Boogie Knight. Rogers threw 20-plus passes just four times last season, totaling 1,064 yards, a 66% completion rate, eight touchdowns and one interception throughout the stretch. Knight averaged 13 yards a catch on 45 total receptions to go along with 588 total yards and three touchdowns.

ULM’s defense already had to replace 54% of its production, and the summer wasn’t friendly to the Warhawks’ cause. Junior cornerback Josh Newton — one of ULM’s defensive leaders last season — compiled 48 tackles and 2 interceptions in 2021 but re-entered the transfer portal post-spring and headed to TCU. The Warhawks do bring back senior linebacker Zack Woodard, who finished 2021 with 89 tackles, three and a half sacks and one interception. ULM did have some activity of its own in the portal though, bringing in former 3-star DeSoto linebacker Jackson Bailey from Arizona.

Connelly’s SP+ projections have the Warhawks winning 2.2 games on average and 1.7 in conference play, giving ULM a 1% chance to make a bowl game. The Warhawks rank 130th overall in the FBS — 12 spots behind Texas State at No. 118. ULM will host the maroon and gold inside Malone Stadium in the ‘Cats’ fifth conference game of the season on Nov. 5 at 4 p.m.