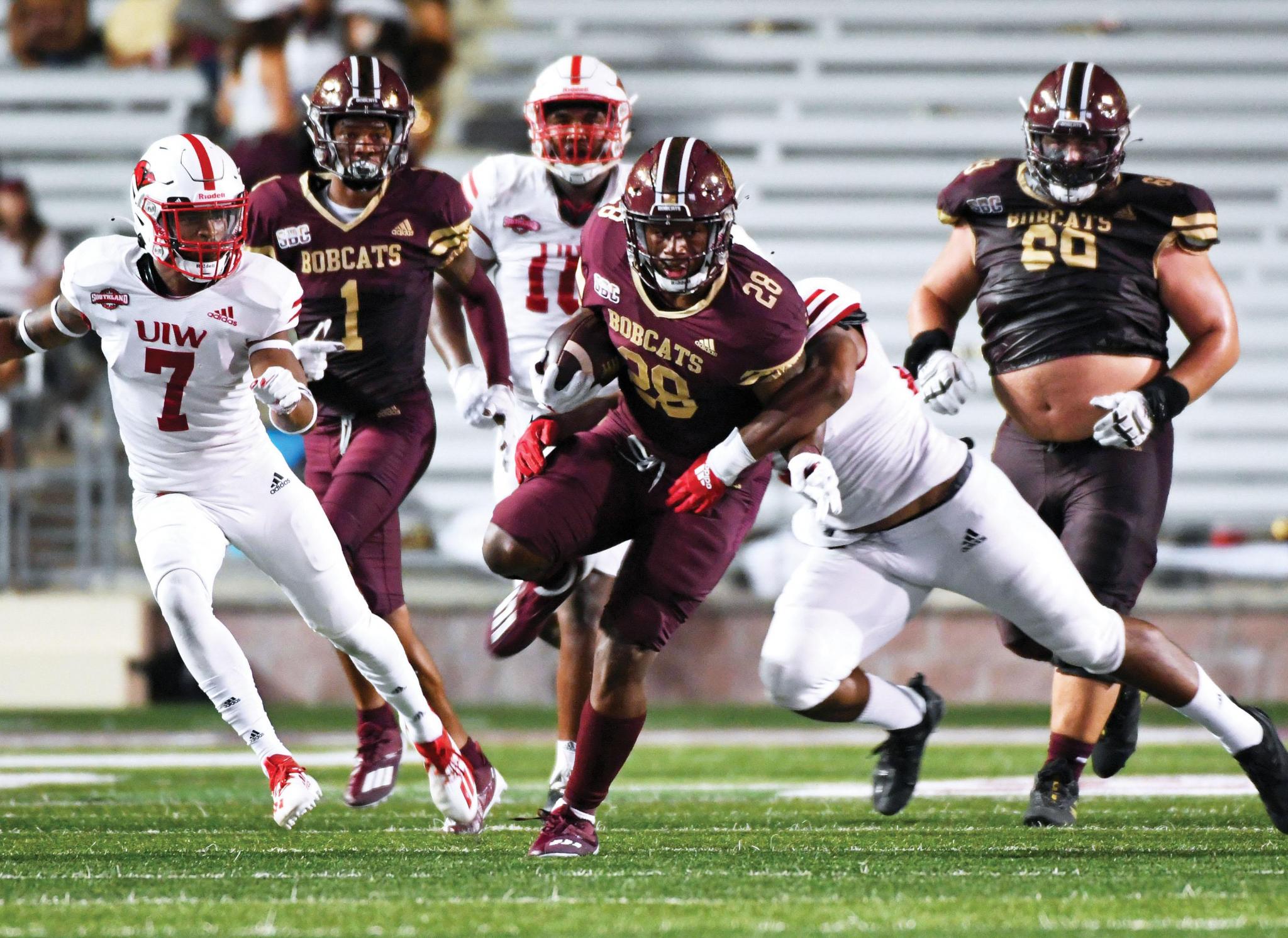 Texas State kicks off its 2022 season playing in a rematch 10 years in the making against Nevada.

The Bobcats have taken on the Wolf Pack just once before, falling 34-21 at home on Sept. 29, 2012 — the maroon and gold’s first year as an FBS program in the Western Athletic Conference and Nevada’s first season in the Mountain West. The Wolf Pack have earned six bowl nods in the decade since, including four under head coach Jay Norvell over the past five years.

Norvell departed Nevada for Colorado State this offseason, though, and many of the team’s players followed him there via the transfer portal. Three-year starting quarterback Carson Strong also made the leap to the NFL, signing with the Philadelphia Eagles as an undrafted free agent. As a result, the program has made a near-total reset — per ESPN’s Bill Connelly, the Wolf Pack return just 27% of its production from 2021, the lowest mark in the FBS.

The school replaced Norvell with Ken Wilson, a first-time head coach who spent two stints in Reno, Nev., as an assistant from 1989-98 and from 2004-12, and was most recently the co-defensive coordinator and inside linebackers coach at Oregon. The cupboard isn’t complete bare for the Wolf Pack’s defense, which ranked 10th in the MWC allowing 406.7 yards per game — all-conference Honorable Mention defensive lineman Dom Peterson returns and Tyson Williams, who was the team’s No. 3 safety last year, should see a bigger role this season. Wilson also brought in four-star cornerback Darion Green-Warren from Michigan to bolster the secondary.

The bigger questions will come on offense, where Nevada is likely to come down from its perch as the No. 1 scoring team in the MWC averaging 35.7 points. All-MWC Second Team selection Aaron Frost will anchor the offensive line and fifth-year senior running backs Toa Taua and Devonte Lee bring experience in the backfield, combining for 235 carries for 1,063 yards and 11 touchdowns in 2021.

Wilson will lean on new faces in the passing game, though, as the unit will continue running the air raid under new offensive coordinator Derek Sage, who spent the past three years under Chip Kelly at UCLA. Oklahoma State transfer quarterback Shane Illingworth will compete with Strong’s former backup, Nate Cox, for the starting spot behind center. Arizona transfer wideout BJ Casteel should be the go-to target as well after catching 33 passes for 326 yards and a score for the Wildcats last season.

Connelly’s SP+ projections predict Nevada to win 3.6 games on average, giving the team a 9% chance to earn a bowl bid and ranking it No. 117 in the FBS — six spots ahead of Texas State at No. 123. The Bobcats square off with the Wolf Pack on the road for the first leg of a home-and-home series on Sept. 3.