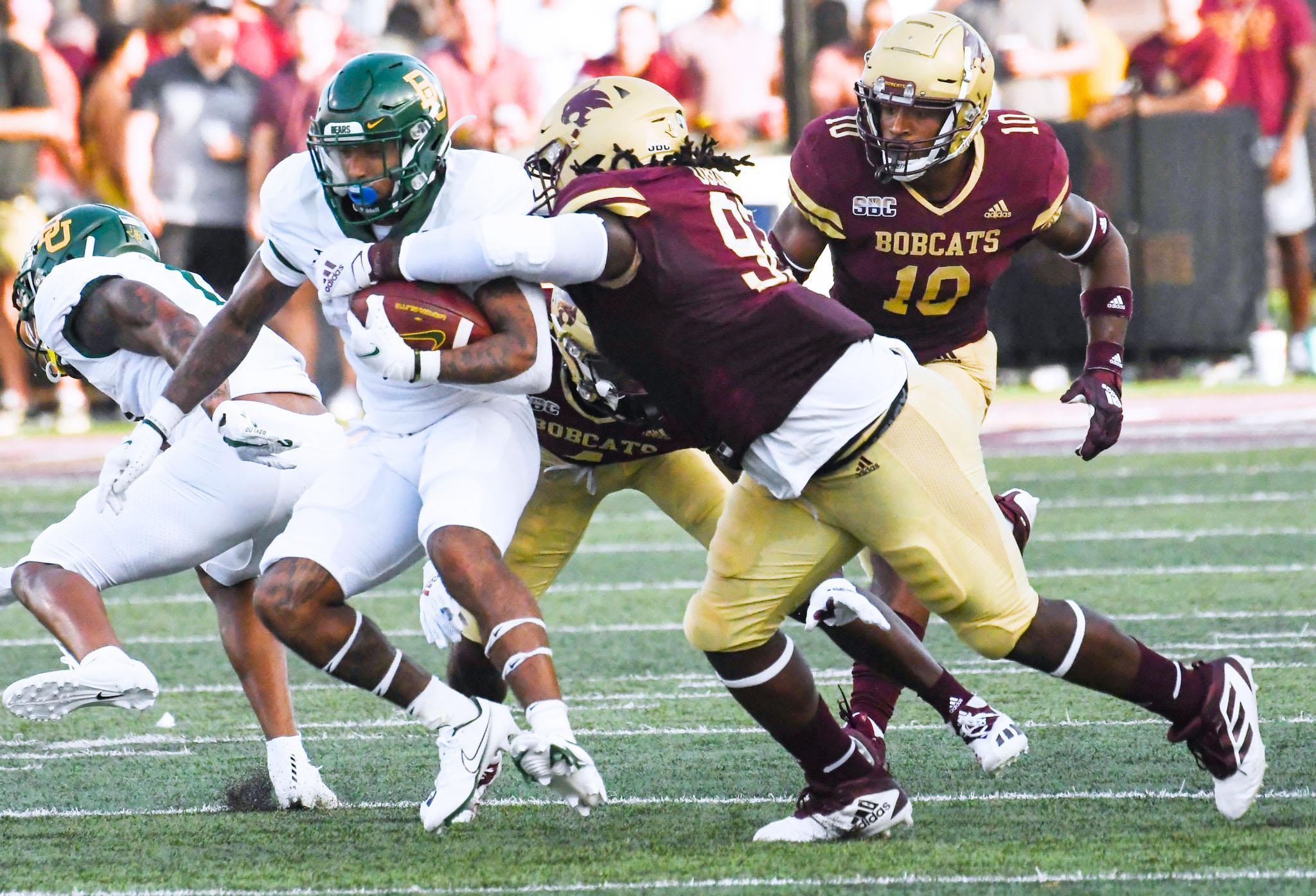 TXST Countdown to Kickoff: Bobcats visit Baylor in rematch of 2021

While Texas State suffered a 29-20 loss to Baylor in 2021’s season opener at Bobcat Stadium, the maroon and gold proved to be competitive in a game they probably didn’t have much business being in.

Texas State only trailed 14-10 at halftime, and while the Bears led by more than 14 points with under 10 minutes left in the fourth quarter, the Bobcats managed to take possession of the ball and a chance to tie the game with 15 seconds left. The team’s final play resulted in a safety, giving the Bears the slim victory. But Baylor went on to become one of the best teams in the country under head coach Dave Aranda, finishing the year ranked No. 5 in the AP Top 25 Poll and posting a 12-2 record with wins in the Big 12 championship game and the Sugar Bowl.

The maroon and gold will get a shot at redemption this year against a Baylor squad that lost 42% of its production from 2021, but will have to do it in McLane Stadium in the second matchup of a three-game series.

The return of a strong offensive line, led by All-American left tackle Connor Galvin, should help stabilize the transition of newcomers at the skill positions. Sophomore quarterback Blake Shapen took over as the starter late last season, finishing the year with 596 passing yards, five touchdowns and zero interceptions. The wide receiver room will be extremely inexperienced, with no returners having caught more than seven passes in 2021. Shapen will likely have to lean on 6-foot-4 senior tight end Ben Sims more in the passing game after Sims reeled in 31 catches for 361 yards and six touchdowns. Sophomore running back Taye McWilliams averaged 10.6 yards per carry on a small sample size and will now get the chance to take over as the leader in the backfield.

The Bears will boast one of the scariest defensive lines in the nation, retaining the entire two-deep, including All-Big 12 Second Team selection and junior defensive tackle Siaki Ika. Aranda also brought in Tulsa transfer D-lineman Jaxon Player, who racked up 21 tackles for loss and 22 run stuffs. But nearly every other part of the defense will have new faces taking over. For the program to remain at the top of the conference, they’ll need to adapt to their new roles quickly.

Connelly’s SP+ projections predict Baylor to win 7.2 games on average, giving the program a 94% chance of earning a bowl bid, and ranked the team No. 40 in FBS, ahead of Texas State at No. 123. The Bears will host Texas State in Waco on Sept. 17 at 11 a.m.