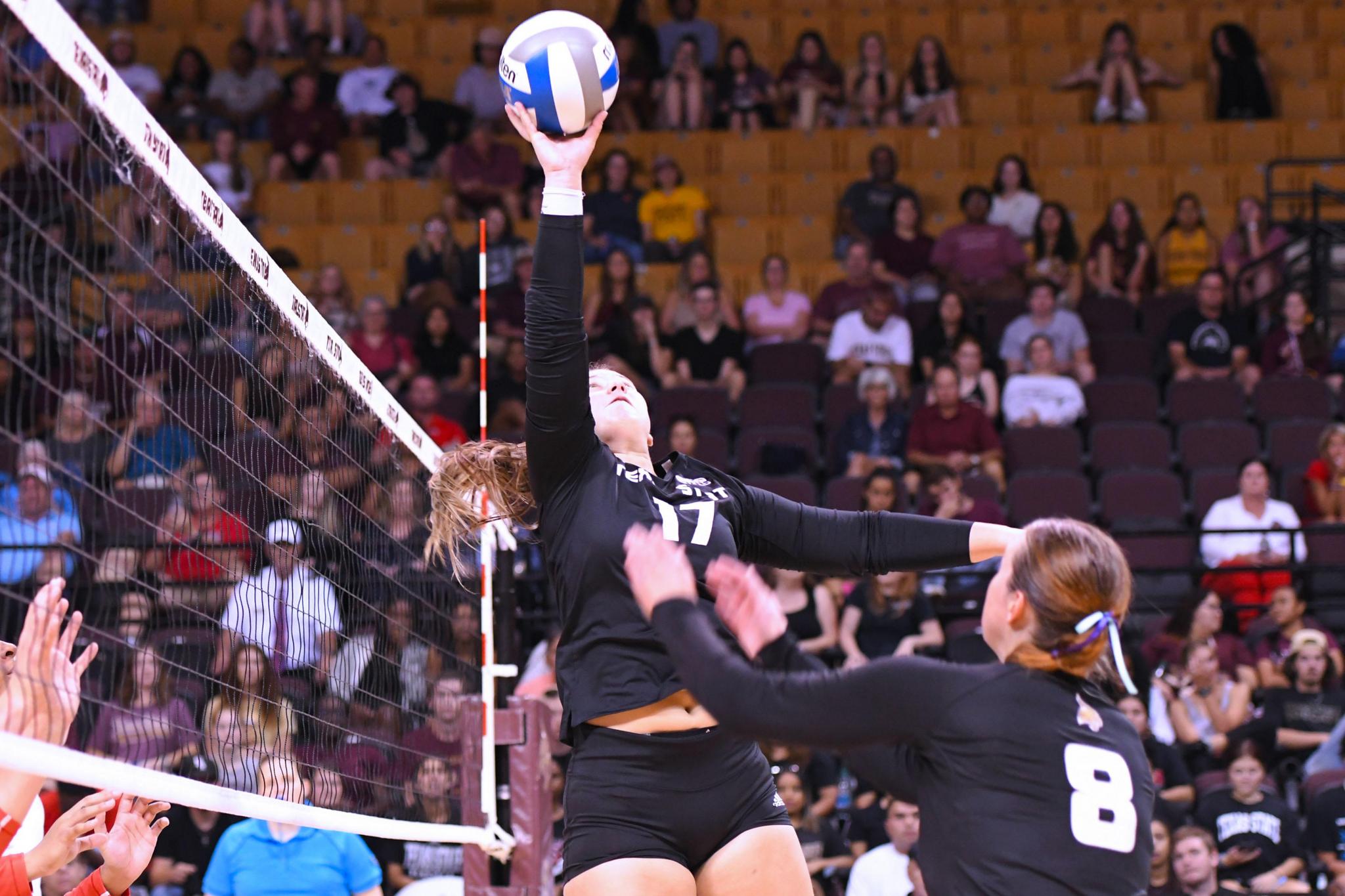 Texas State volleyball is looking to run it back for the fifth-straight season in conference play.

Not only is senior setter Emily DeWalt coming off her 21st career Sun Belt setter of the week award, but the Bobcats are coming off a big win 3-1 on the road over TCU (5-6) in Fort Worth. The maroon and gold now move their focus to Sun Belt play after their four non-conference tournaments to open 2022 — kicking off their first conference series in Monroe, La., against ULM.

The Warhawks have also gone through four non-conference tournaments heading into Sun Belt play, as well as an exhibition against Southeastern and a single match against Alcorn State. ULM (6-8) has competed at Tarleton State at the Texan Invitational, in Houston at the Molly Howard Gerwig Memorial Tournament, at Central Arkansas at the UCA Invitational and at Southeastern at the Battle for the Boot.

The Bobcats will be led by fifth-year seniors DeWalt, outside hitters Janell Fitzgerald and Jada Gardner as well as middle blocker Jillian Slaughter — but the maroon and gold have also added some new firepower to the floor in 2022. Freshman San Marcos product Maggie Walsh was hard to keep off the floor against TCU, only rotating out when being used as a defensive specialist after getting subbed in during the first set. Walsh has almost become positionless for the maroon and gold (although she spends most of her time at outside hitter) because of her versatility on the court playing outside hitter, libero and more moving from the front to back row.

“I’ve said for a long time that Maggie (Walsh) was going to get on the court, because she can pass the ball,” head coach Sean Huiet said via a press release. “We were struggling trying to find something and I thought she did a great job on the back row, but it was nice to see her finally be able to have the opportunity to take some big swings and get comfortable on the front row as well. She’s going to be a really good player down the line and it’s good to be able to get some reps.”

The Bobcats’ first serve of Sun Belt play against the Warhawks will come on Sept. 22 at 6 p.m. at Fant-Ewing Coliseum. The second match of the series will get started at 2 p.m. on Sept. 23.