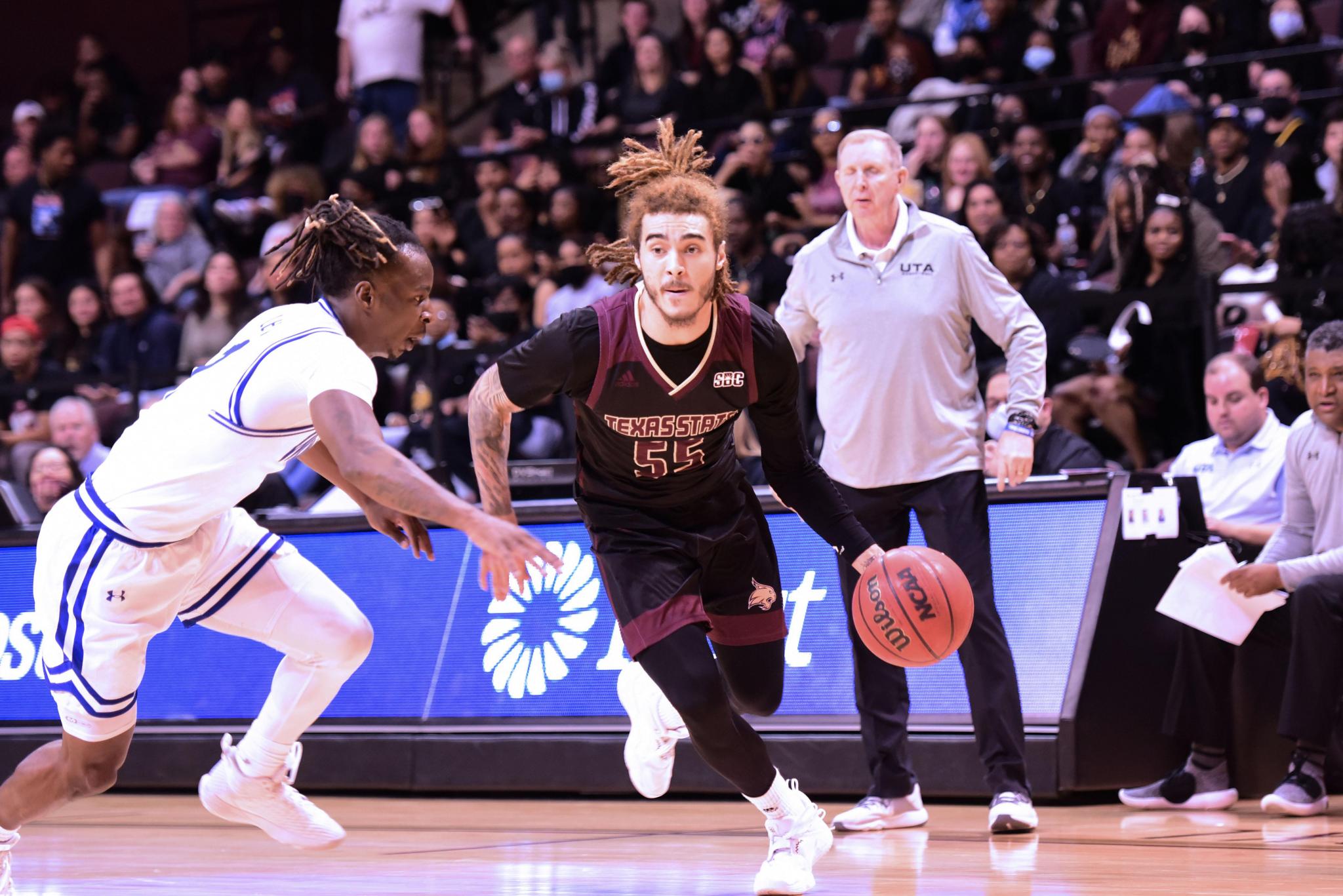 Texas State men’s basketball announced the Bobcats’ rivalry with UT-Arlington (UTA) will continue in 2022 despite the Mavericks’ departure from the Sun Belt.

Time and TV coverage for the rivalry will be announced at a date closer to the game.

The ‘Cats and Mavs will face off at Dickies Arena in Fort Worth, Texas on Dec. 10, 2022. Texas State and UTA’s matchups have been some of the most exciting and eye-catching games in the Sun Belt over the past few seasons — earning multiple broadcasts on ESPN2 — through a combination of competitive basketball, fan participation and Texas marketing.

The maroon and gold have a 37-41 all-time record with the Mavericks, and this will be the first non-conference matchup between the two since 1986. UTA is also Texas State’s most played opponent in program history with 78 contests, followed up by the Bobcats’ other in-state rival UT-San Antonio holding 61 meetings.

The Bobcats and Mavericks also have an average score of 72.3-72.9 — a 0.7-point differential for the Mavs — making it the closest head-to-head series in Texas State program history.

Texas State and UTA’s series in 2021-22 ended at 1-1 with each team winning their respective home games. This year’s duel will be the fourth time the ‘Cats and Mavs have played at a neutral site.

The ‘Cats are coming off their second-consecutive season winning the Sun Belt regular season title, both in head coach Terrence “TJ” Johnson’s first two years at the helm. The success allowed Texas State to add some talented new faces throughout the offseason, including some of its highest-rated recruits and transfers in recent memory during the 2021-22 recruiting cycle.

The maroon and gold’s clash with UTA is the Bobcats’ earliest game on their 2022 schedule, with the rest of their non-conference games to be announced at a later date.