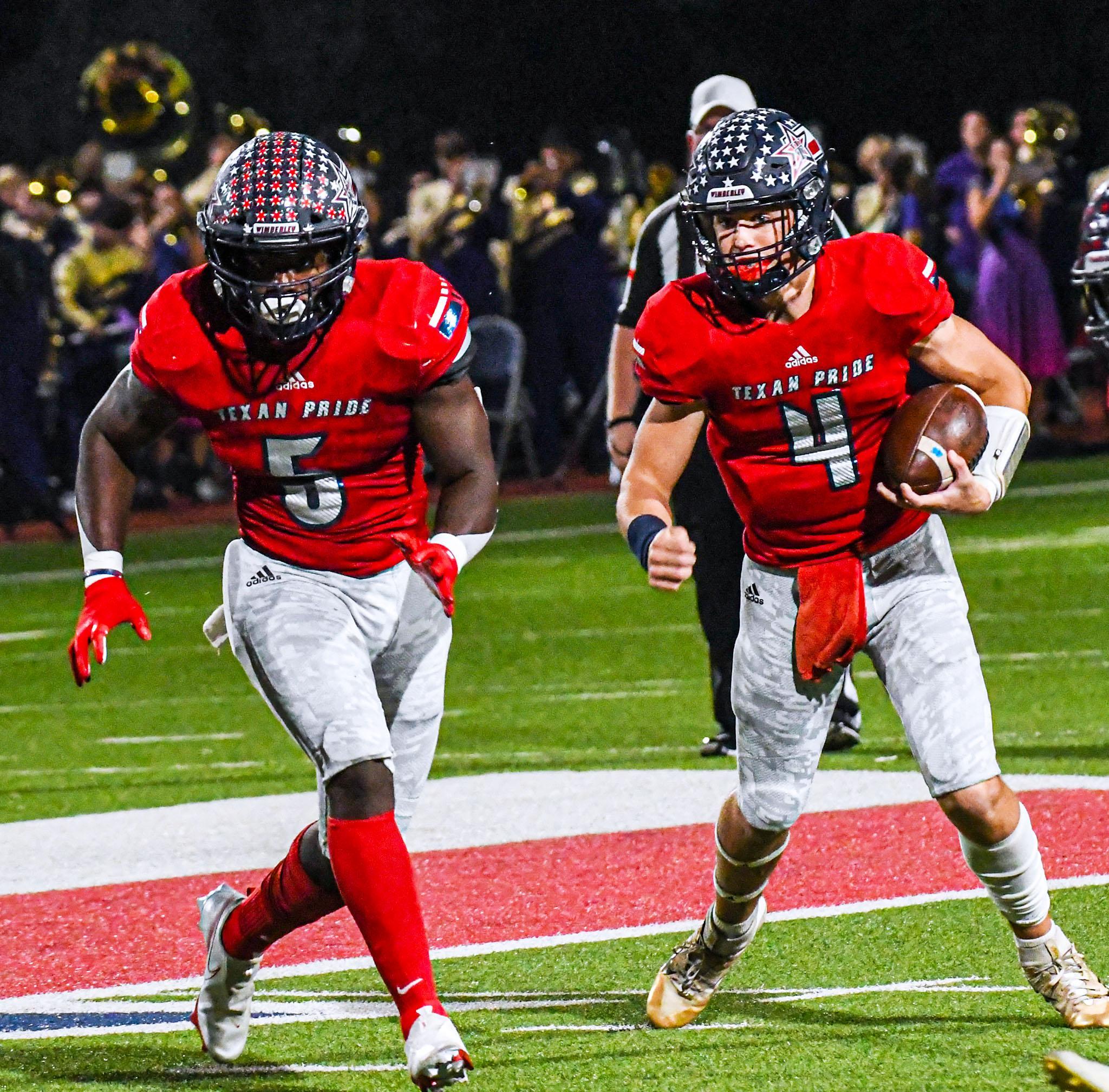 SAN ANTONIO — The Wimberley Texans continued their hot start in playoffs with the biggest playoff victory in Wimberley history in a 66-0 win over the Ingleside Mustangs inside Gustafson Stadium.

The Texans improved their record to 10-2 overall while the Mustangs ended their season with a 9-3 record.

The Texans were fueled in their win by four turnovers by the Code Red defense, who forced their second consecutive shutout in the playoffs and third overall.

“I thought the defense played really well,” head football coach Doug Warren said. “They just kept turning it up a notch, and that was a good offense but they (Ingleside) couldn’t get anything going. Hats off to the defense for that.”

The next drive the Texans scored on a Tyler Ross three-yard touchdown run to extend the lead at 14-0.

Another fumble by the Ingleside Mustangs led to three points as kicker Jack Bruner kicked a 30-yard field goal for the Texans as the lead was extended to 17-0.

Forcing Ingleside to punt on the following drive, the Texans scored again as running back Moses Wray punched it in from six yards out to make 24-0.

Ingleside again was forced to punt which allowed Wray to score again but this time from 27 yards out as the Texans held a 31-0 lead all the way till halftime.

After forcing another Mustang punt, the Texans struck again as McCollum found Tru Couch for a 31-yard touchdown pass to extend the lead at 38-0.

McCollum delivered again on the next drive when he and Caden Heatly connected for a nine-yard touchdown pass to go up 45-0.

Stopping Ingleside on fourth down inside their own territory, running back Jack Boyle's 21-yard touchdown run made it 52-0.

Cason Pitchard then recovered the Mustangs third fumble of the game and returned it 31 yards for the score as the Texans now led 59-0 before Tyler Ross’ one-yard scamper made it a final score at 66-0.

Wimberley advances to the Regional Semifinals where they will square off with a familiar foe in the Cuero Gobblers.

This is a rematch of their week two showdown where the Gobblers capitalized on three Texan turnovers en route to a 21-3 victory.