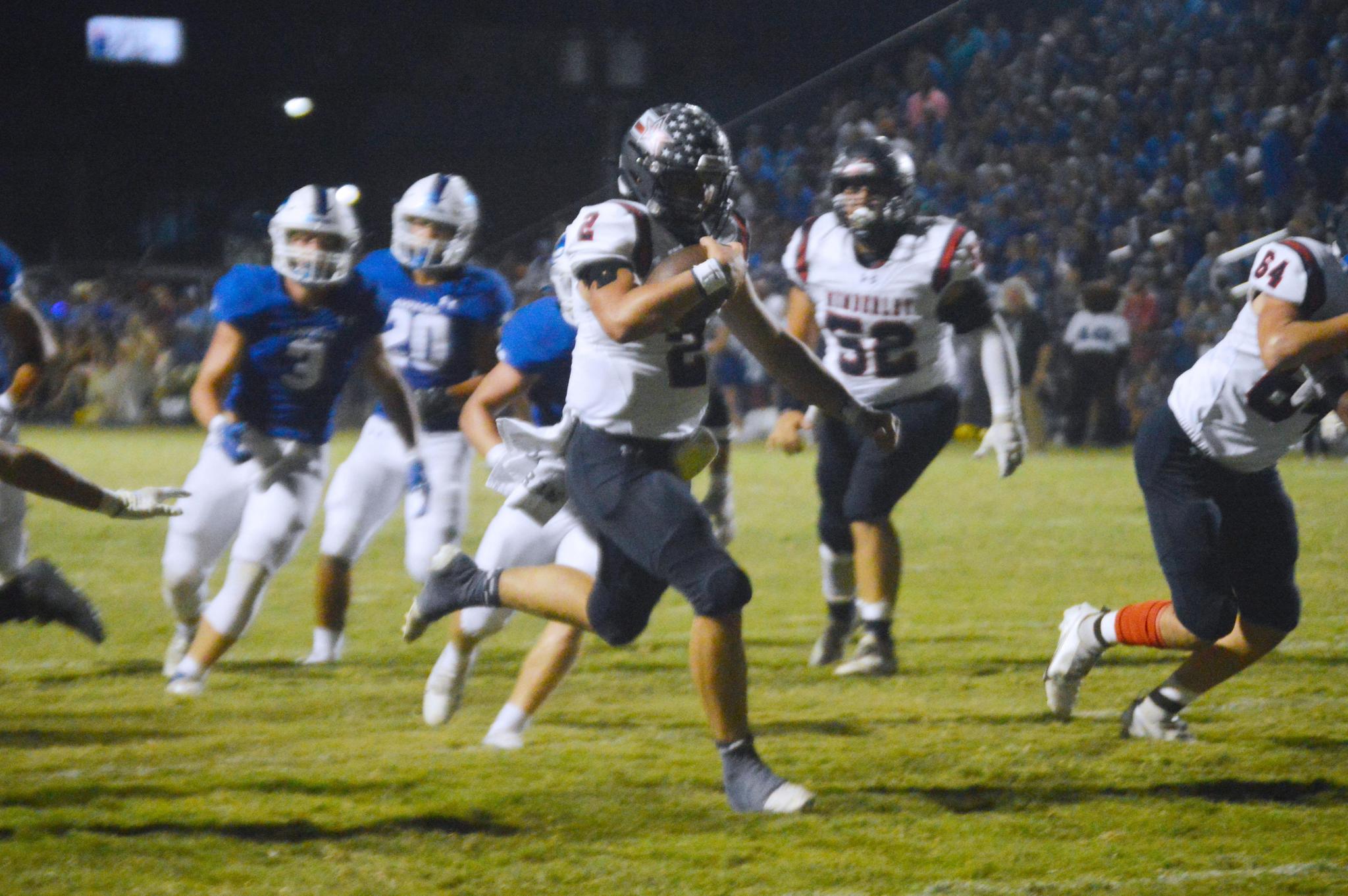 It was a major test for the Wimberley football team when they made the trip up to Lampasas to battle the Badgers.

Lampasas not only was flying high on offense averaging 46.7 points per game so far in 2022 — but it was also the Badgers’ homecoming night which attracted a plethora of fans.

In the end, it was the Texans’ ability to withstand the Badgers’ punches and the Texans’ own mistakes that made the difference.

Surviving three committed turnovers, including an interception returned for a touchdown, the Texans stormed into Badger Field and came out with a 38-28 win over Lampasas to stay undefeated.

For head coach Doug Warren, the team’s ability to fight back amidst adversity has proven to be a difference maker.

“I’m proud of the kids because they kept battling,” Warren said. “We had opportunities to put them (Lampasas) away but we committed a turnover or gave up a big play to allow them to hang around…but every time they did that we answered back.”

Warren’s words rang true after Lampasas’ first drive. The Badgers drove down the field and scored on their opening possession to take an early 7-0 lead.

After the score, the Code Red defense forced Lampasas to punt on their next six possessions. During that time span, Wimberley put up 17 points in the first half to take a 17-7 lead.

With less than a minute left in the second quarter, the Texans looked to put the game out of reach — then the Badgers made the interception and returned it all the way to the end zone for a touchdown to make the game 17-14.

With the game seemingly in Lampasas’ favor, there was no panic within the Wimberley locker room after the pick-six.

“Going into halftime, the kids weren’t bickering with each other,” Warren said. “They had control this entire time so we said ‘Let’s go back out there and score to put the game in our control,’ it’s exactly what we did.”

The opening kickoff saw Wimberley take the ball and score on their opening possession on a 30-yard run by quarterback Cody Stoever as the Texans extended their lead to 24-14.

Lampasas forced another turnover and scored on their following possession to make it 24-21, but it was followed by another touchdown run from Stoever to push the lead back out to 31-21. An interception by Jack Riser on Lampasas’ next drive led to another score for the Texans where they extended their lead to 38-21 and seemingly put the game away.

It wasn’t over yet though, as a big kickoff return followed by another Lampasas score and a successful onside kick conversion put the Badgers back in the game down just 38-28. However, the burgeoning ability to keep fighting back despite facing adversity was what pushed the Texans over the top.

“We always start off hard,” Riser said. “We go hard no matter what and we were going to show Lampasas that we are something they had never faced before…our mentality is to go out (and) make plays no matter what and just keep fighting.”

The Code Red defense came up with their biggest stop of the night when they held Lampasas from reaching the endzone on fourth down to seal the hard-fought win for the Texans.

“That is a testament to this team, their character, and their makeup,” Warren said. “They don’t let things bother them…they don’t care who is getting the glory but instead they just get after it.”

Wimberley heads into their bye week next Friday as the Texans prep for district play.