On Monday, May 24, Governor Greg Abbott signed SCR 9, officially designating the City of San Marcos as the Mermaid Capital of Texas.

What’s in a name?

Well, a lot if your July Moreno.

Earlier this week the long-awaited announcement was made official when the state legislature named San Marcos the Mermaid Capital of Texas.

Governor Greg Abbott signed the bill making the designation official on Monday, May 24.

“I am so excited about all the possibilities this designation will help to inspire in my hometown,” July Moreno, Founder of the Mermaid Society said. “My wish is that it will bring attention to the San Marcos River's beauty and significance, highlight the arts and culture in our community, and preserve and celebrate the history of the San Marcos Mermaid. Lucky me – I get to say I live in The Mermaid Capital of Texas – my Home Sweet Home.”

On their Facebook page Moreno thanked several for their support including Judith Zaffirini, Texas State Senator and Erin Zwiener, Texas State Representative for leading the way to get the designation passed during the 87th Texas Legislature. She also thanked the Office of the Governor Greg Abbott for signing the bill as well as all members of the Texas Recreation, Culture and Tourism Committee.

"San Marcos has embodied the spirit of the mermaid for years and with this designation can continue to commemorate its connection with mermaids for years to come,” she said. “I want to thank everyone that worked to get this resolution passed, and I’m excited to attend the Mermaid Festival this year to ‘shell-ebrate’ this new designation."

Moreno and her team are preparing for several festivities this September and the designation makes it that much more special. 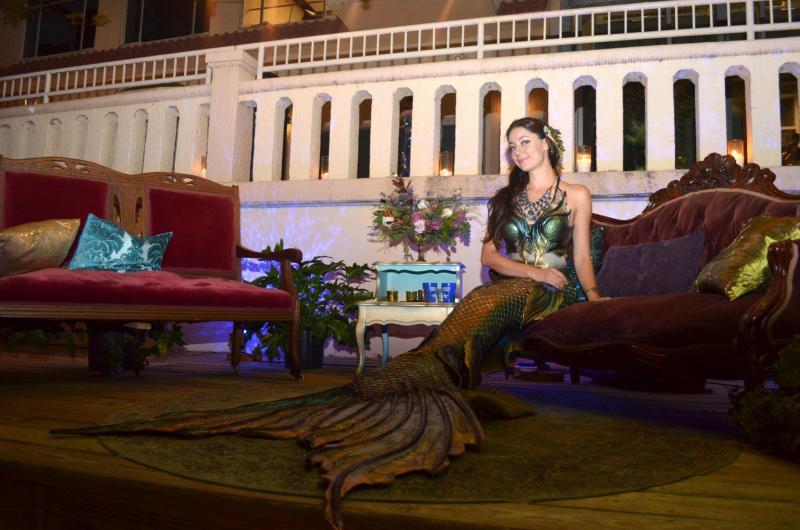 Angela Zumwalt poses as “Maya the Mermaid” at the 2017 Mermaid Society Art Ball at the Meadows Center for Water and the Environment. Daily Record photo by Colton Ashabranner