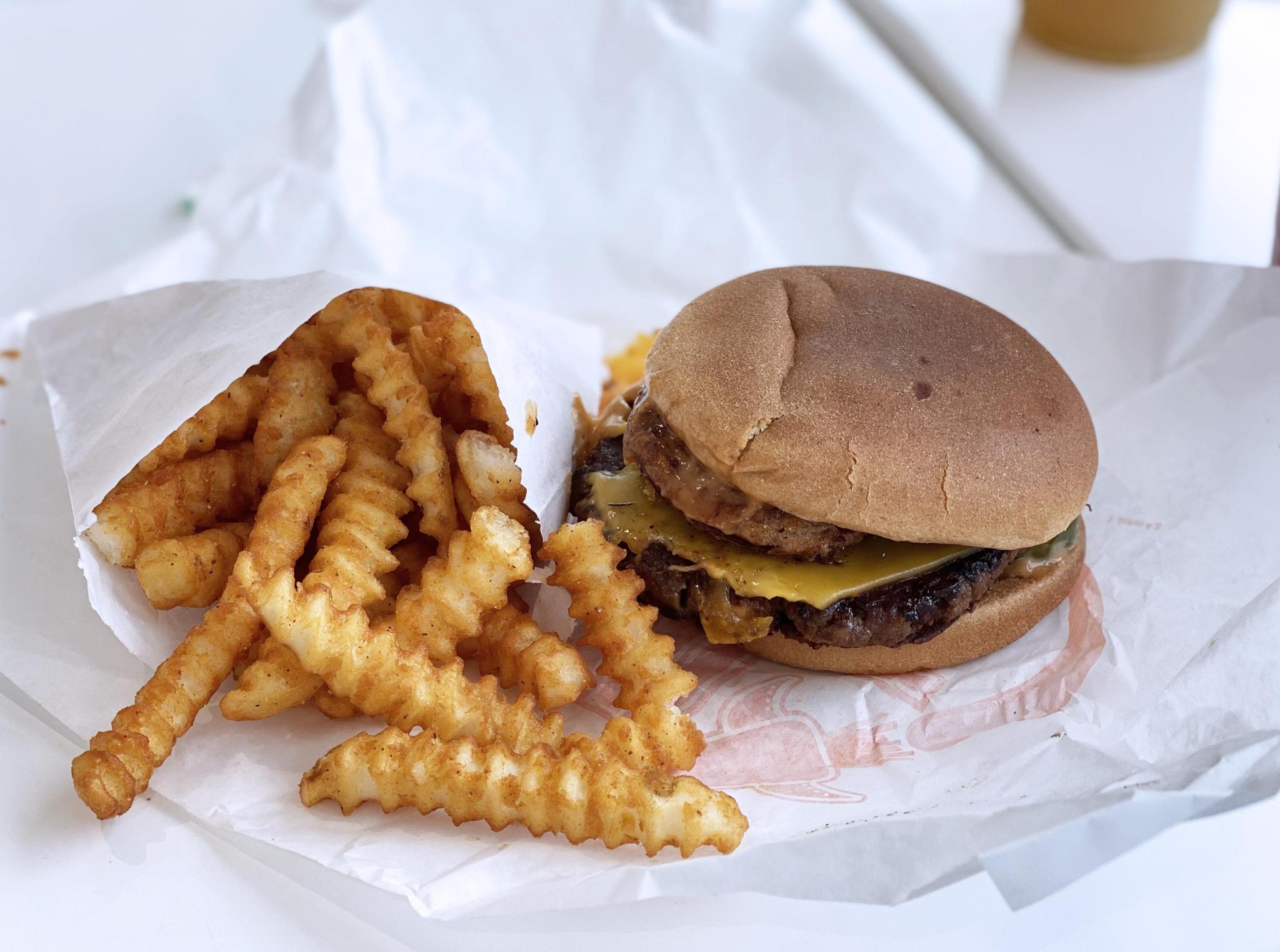 Above, Earth Burger Veggie Burger Stand's Ranchero burger and fries. The vaquero is a quarter pound of Beyond Meat covered in vegan cheese, topped with fried onion, pickles, and our signature BBQ Ranch. Below, Chik-N sandwich smothered in Gochujang sauce with fries. Daily Record photos by Nick Castillo & Lance Winter

Every so often my dining companion and I will deviate off the culinary beaten path and try something …different. Such was the case when we went “incog-meat-o” (meaning meatless) and tried a vegan-based cuisine at Earth Burger Veggie Burger Stand.

Earth Burger — a relative newcomer in the food industry — was established just eight years ago by vegetarian pioneers in San Antonio, who created Green Vegetarian Cuisine.  Their "big boom" idea was for Earth Burger to be one of the nation's first plant-based drive-thru offering a healthier, lower calorie take on fast food for those on the go.

On the day of our visit, I chose the Chik-N sandwich which was a crispy breaded Chik-N fillet on a hamburger bun with lettuce, tomatoes, onions and mayo. You also have a choice between buffalo sauce or Gochujang sauce. Everyone should be familiar with what Buffalo Sauce tastes like, but Gochujang is a savory, sweet, and spicy fermented condiment popular in Korean cooking. It is made from gochu-garu, glutinous rice, meju powder, yeotgireum, and salt. The sweetness comes from the starch of cooked glutinous rice, cultured with saccharifying enzymes during the fermentation process.

The taste and texture were what one might think of when chowing down on a fried chicken cutlet. It had a crispiness to it — you'd hardly know it was a vegan option. Even more interesting is Earth Burger provides a nutrition scale online showing just what the consumer is getting while they're eating. All total, my sandwich had just 360 calories. That changed slightly when I added their delicious seasoned French fries. Throw in some unsweet tea and I thought it was a good deal for $11.88. 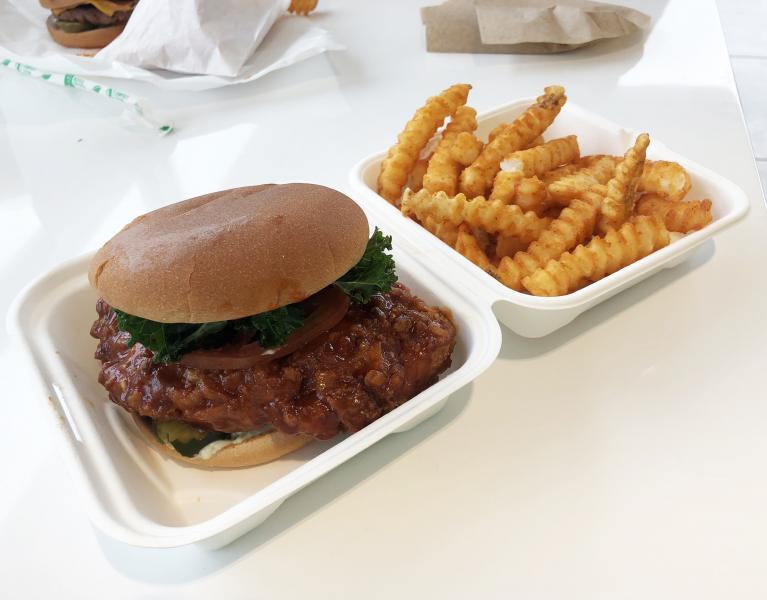 My partner chose the most popular item on the menu — the Ranchero.

It was a quarter pound of Beyond Meat covered in vegan cheese, topped with fried onion, pickles, and our signature BBQ Ranch. Throw in a drink and the meal was $12.88.

The exploration into the plant-based universe was a long journey for co-founder Mike Behrend, the company’s website read. Behrend was known as the “king” of the chicken fried steak and three-pound cinnamon roll. It was in 2005 that he lost 70 pounds when he switched to a plant-based diet.

Another neat thing about Earth Burger is they are a wildly eco-friendly eatery that believes in sustainability. Their sustainable product list includes: EcoSafe Zero Waste — EcoSafe compostable Trash Bags; EcoProducts — SugarCane bowls, 100% post-consumer recycled lids, and PLANTWARE cutlery (made of plants and compostable); GREENWARE cups and lids — made of plants. compostable, sustainable, and made in the USA;  GreenHerc “T-shirt” bags — Biodegradable and recyclable; and WorldCentric Ingeo Soufflé cups and lids — made of plants not petroleum, biodegradable and compostable.

That’s just to name a few.