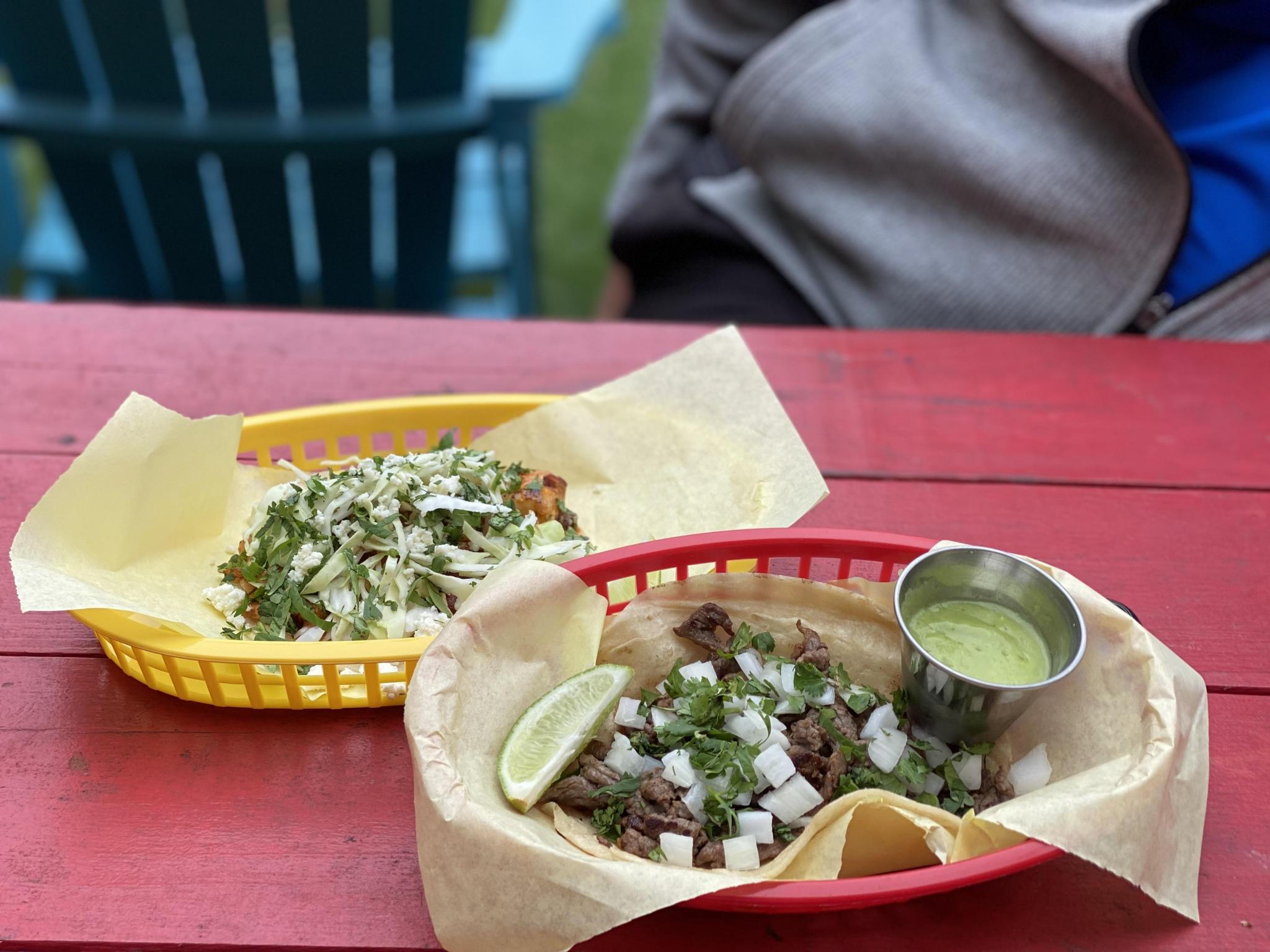 When passion meets inspiration, an obsession is born.

Danny and Nena Soto would agree. Their obsession happens to be serving up outstanding Mexican food out of their vibrant food truck — Nena’s Cocina — located on Chestnut Street in San Marcos.

Danny, a chef for more than two decades, said their experiences have been great since opening four months ago.

On the day of our visit, I opted for two different styled tacos; Carne asada, served on a soft flour tortilla; and a Shrimp Taco, served on a soft corn tortilla. In all honesty, I don’t think I have had a better taco — anywhere.

The carne asada was tender and seasoned perfectly. It came served with onions and cilantro, and on the side a wildly flavorful homemade avocado sauce to pour onto your taco or dip into…either way it works; and at $3, what a deal!

The shrimp taco was just out of this world. The scrumptious crustaceans were large which meant with every bite I was getting a taste of seafood deliciousness. It too came served with cilantro and a slaw mix and a light dusting of cotija cheese. ($4)

Both tacos came with lime wedges and for the full flavor effect I suggest you squeeze it over the mixture.

My compadre chose from the breakfast menu and selected three cheese enchiladas served with two eggs sunny side up and neatly placed atop. I’ve got to admit when I saw him cut into the egg’s runny yoke miking with the enchiladas I wanted to reach over for a bite. On the side it came with homemade refried beans and red salsa. The egg and enchildas paired well together, while the beans and red salsa were nice additions.($8) 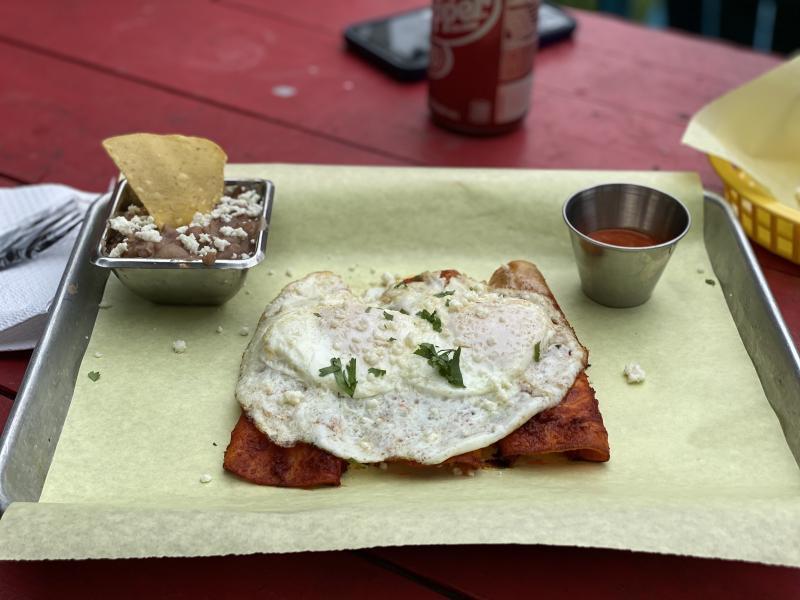 Other breakfast items include Chilaquiles with two eggs ($8); Breakfast burritos ($7); Breakfast Quesadilla ($7); Breakfast tacos ($2.50) and more. They also have a variety of lunch and dinner options to choose from.