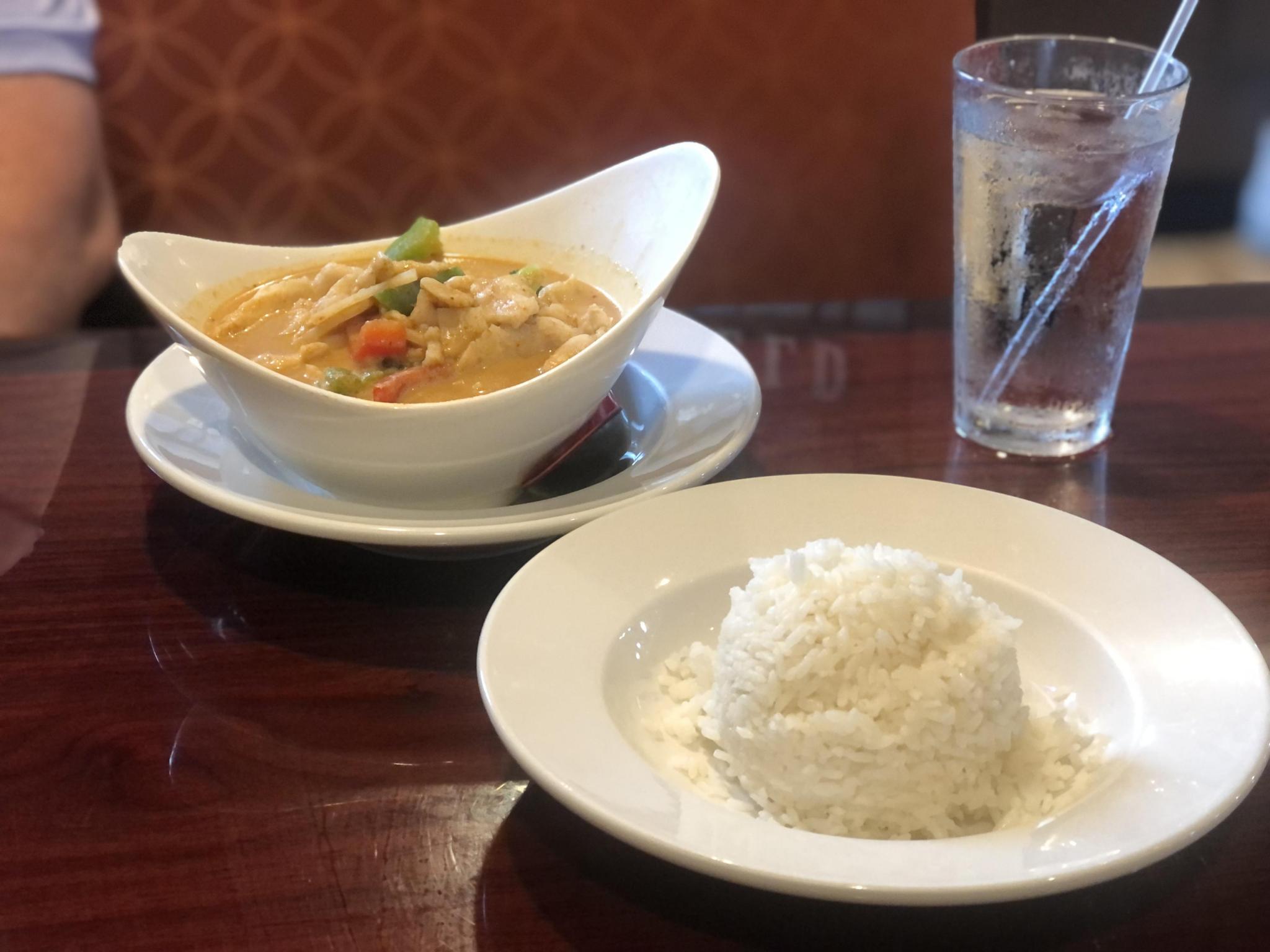 Rollin' Bowl is an Asian fusion restaurant that specializes in Sushi, Vietnamese, Thai and Chinese foods.

But have you ever wondered where food fusion comes from?

The culinary experts say it's a form of cooking that combines contrasting culinary traditions or techniques into a single dish.

So, when you’re talking about Asian Fusion, think of it as a type of cuisine that’s characterized by a few different ways to use Asian style dishes and ingredients. A chef typically incorporates ingredients that are more traditionally found in Asian dishes, in other style dishes. Simple.

At Rollin’ Bowl their menu is extensive and guaranteed to satisfy most consumers.

As a huge fan of curry, I opted for the Red Curry which came with onion, bell pepper, bamboo, basil and broccoli; I chose chicken as my protein. As a huge fan of spice, I’ve never been one to run from the heat. In fact, the spicier the better. The dish arrived in a bowl that could have easily been shared with two. On the side was a scoop of sticky rice to add to the bowl of red silky deliciousness that awaited.

Now, while it’s true I can handle the spice — my nose couldn’t as it tried its best to ruin the entire lunch. It was a delicious meal and I’m a little embarrassed to admit I ate the entire portion.

My sidekick had Pho-Vietnamese noodle soup. His protein was meatballs.

Pho is a type of Vietnamese soup that usually consists of bone broth, rice noodles, spices and thinly sliced meat (usually beef). Though “pho” technically refers to the noodles, and not the soup itself, most people consider the dish a singular unit.

It’s often topped with herbs and bean sprouts, and his was.

The portion was enormous – in fact he was only able to finish about a quarter of it and took the rest home later that evening for dinner. They also make a Pho with brisket, shrimp, seafood — even veggie.

Rollin’ Bowl has a variety of Chinese dishes like General Tso, Kung Pao Chicken or shrimp and Pepper Steak to name a few. Each comes served with an egg roll and a choice of steam or fried rice.

They also offer a selection of Japanese menu items like Sashimi deluxe. One thing is for sure, there is something for everyone.