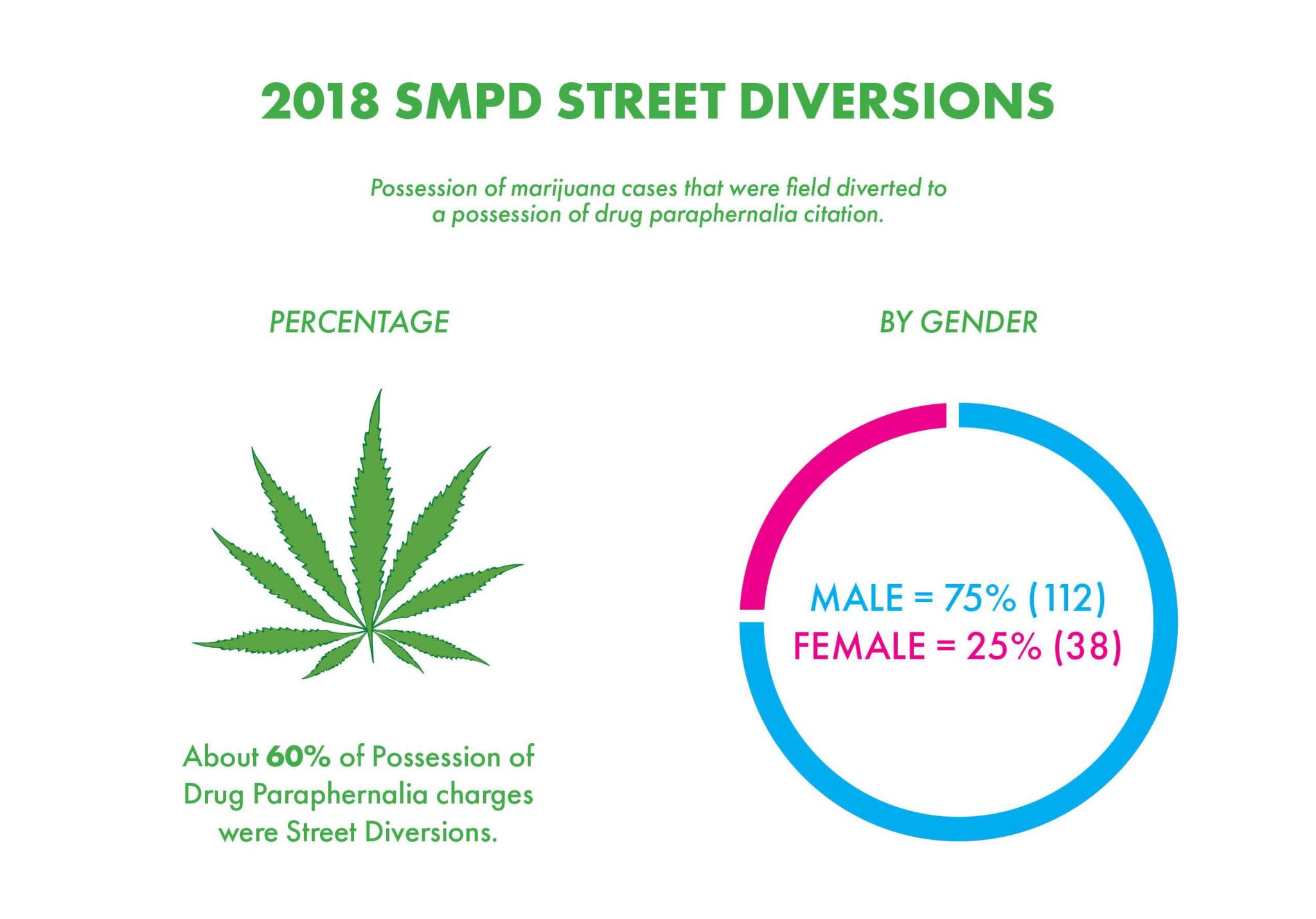 Approximately 60% of all possession of drug paraphernalia citations in 2018 actually began as possession of marijuana incidents, according to data compiled by the San Marcos Police Department.

When a diversion takes place, an individual is charged with possession of drug paraphernalia (PODP)  — a class C misdemeanor equivalent to a traffic ticket — instead of being arrested for possession of marijuana (POM).

Klett said SMPD went through each PODP case in order to find out whether the charge was actually POM that was field diverted to a lower charge. 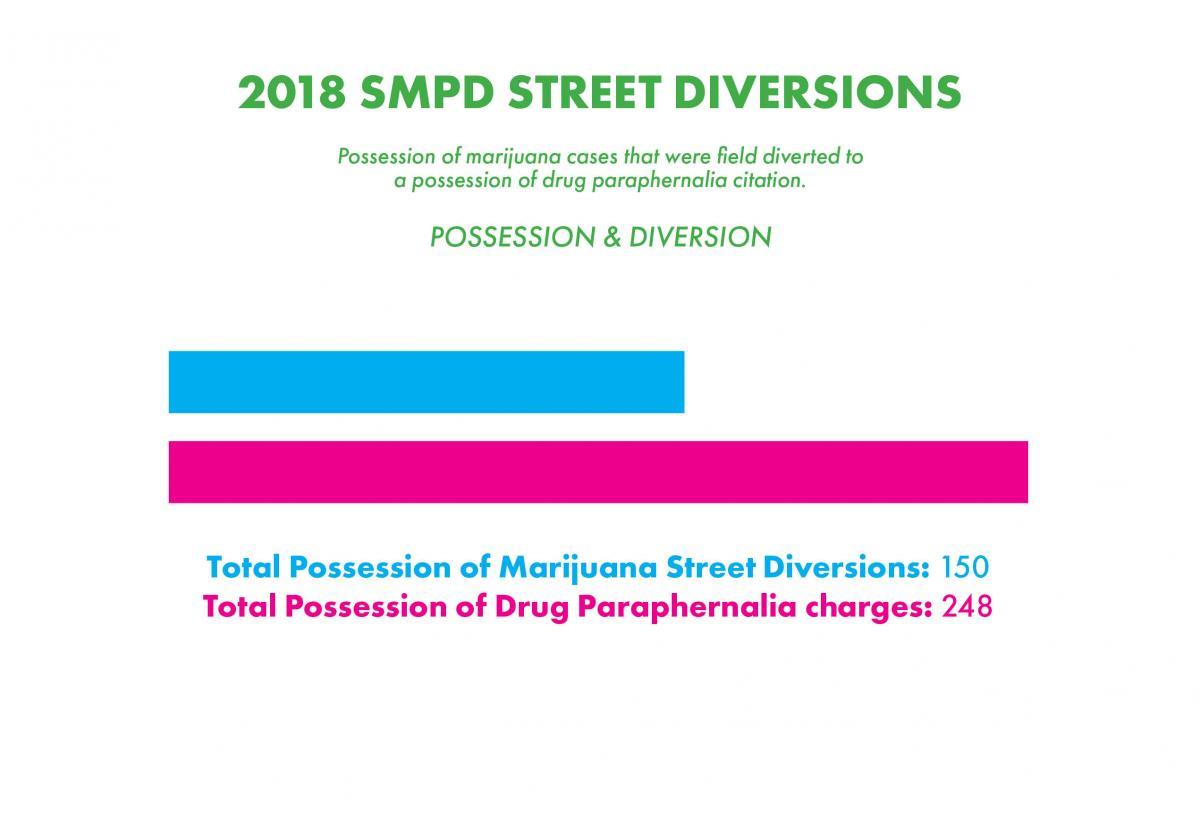 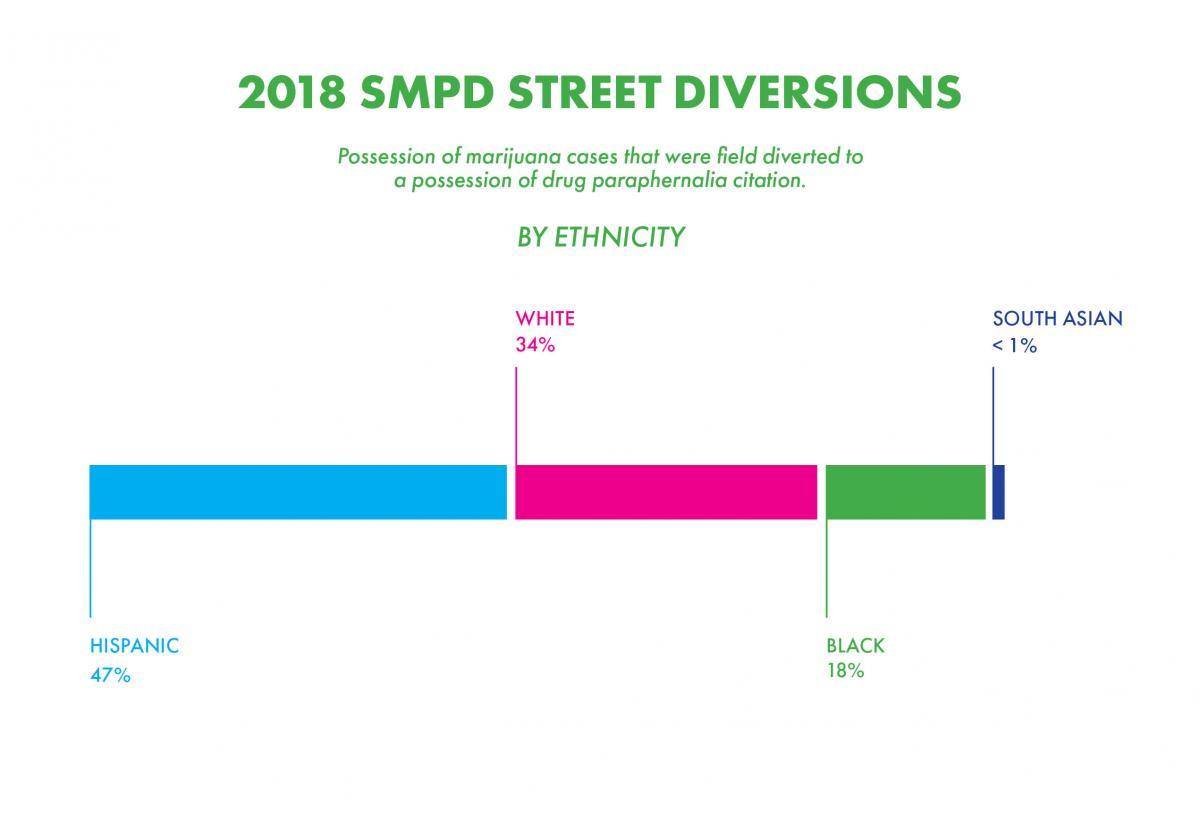 “What this is is a snapshot for paraphernalia and not all of the other things that we use reasonableness on, on a daily basis,” Klett said. “As an example, we're able to capture this one because there's a citation for possession of drug paraphernalia. Trust me, there's a ton more of these that are done when there's no citation written because it’s a busy night and the officers know ‘I have to get on to this next service call, I have this other thing to do.’”

The release of field diversion data follows a report compiled by Hays County criminal justice analyst Samantha Jones showing low use of cite and release, which differs from field diversions.

“Data is really important,” city council member Mark Rockeymoore said during the Oct. 3 meeting. “Data speaks and tells me that black folks are being arrested out of proportion, they aren't receiving as many opportunities of cite and release as possible. There’s something there, and it may be implicit bias, it may not be anything conscious. It may just be seeing some boys in a car and you may think that there may be some trouble there, while another car with some white kids in it or brown kids in it, you may let them go, you know and they may have drugs in their car or alcohol in their car, right. It's just something that happens.”

Klett noted that he believes officers are overall aware of implicit bias, and part of SMPD’s culture is to not use that as part of officer’s decision making process.

During the meeting, the committee also discussed an ordinance related to cite and release.

The draft ordinance, written by Anita Gupta, staff attorney for Immigrant Legal Resource Center, was adjusted by the reform committee and the City Lawyer before being presented to SMPD.

The amended draft ordinance supports increased use of cite and release for all Class C misdemeanors other than public intoxication or assault, Possession of Marijuana less than 4 ounces and Driving with an Invalid License.

In response to the amended draft ordinance, members of Mano Amiga expressed concern with the removal of several eligible cite and release offenses.

“Given the regrettable backward step made by Council, the only prudent step forward is scrapping the "cite and release" portion of the ordinance and focusing solely on the arrest-data transparency component, which everyone seems to agree upon.” Mano Amiga Policy Director Eric Martinez said in a statement.

Interim Director of Public Safety Chase Stapp, however, said the offenses removed from the ordinance are different than possession of marijuana or driving with an invalid license because they have a victim.

Klett noted that just because the ordinance does not endorse the use of cite and release, rather than arrest, for thefts and graffiti, cite and release is still an option.

“Officers are still going to use their good reasoning when they're out there, even if these items are struck doesn’t mean that cite and release if off the table for those,” Klett said. “It just means as a city we're not out there endorsing that you can come in and take advantage of our small businesses and our mall.”