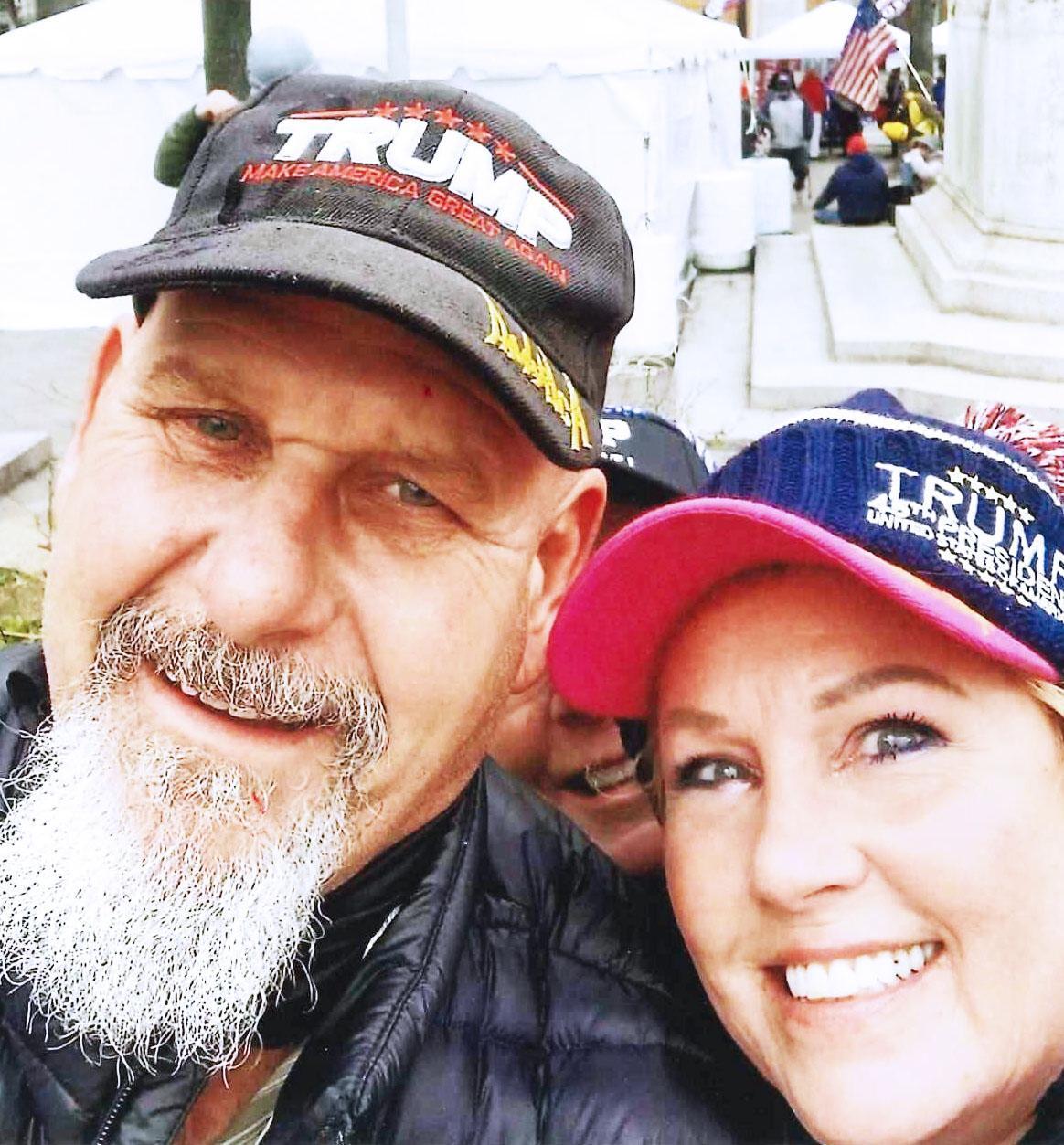 Federal agents raided the home of a retired San Marcos couple in connection with the violent protest at the U.S. Capitol on Jan. 6, 2021.

Lora DeWolfe and Darrel Kennemer were startled when FBI agents, during the pre-dawn hours on June 22, broke through their gate leading up to their home which sits on seven acres in rural Hays County.

DeWolfe said she thought it may have been a deer that tripped the alarm on the gate as she arose to check. What she saw was a white unmarked vehicle speeding up to their house with headlights on, but no flashing lights — and no sirens sounding.

Kennemer, concerned, sprung out of bed, grabbed his AR-15 and stepped onto the porch wearing only his briefs.

The couple watched as several other vehicles, estimated between 20-30, poured onto the property, including one armored vehicle with a battering ram.

FBI agents demanded Kennemer “drop his rifle” as they exited the approaching vehicle. Kennemer responded asking if officials had a warrant, and to show him.

Agents instead began tossing a series of flashbang grenades at the 67-year-old after which Kennemer realized a group of targeting lasers on him that forced him to lay down his weapon.

The couple was placed into handcuffs, taken away from their house, and questioned while their home was being searched.

Kennemer said it wasn’t only members of the FBI present, but ATF and SWAT, too.

“All present I would say upwards of 100 agents, at an astronomical cost to the taxpayer, were on site,” Kennemer said. “The warrant wasn’t even a ‘no knock’ warrant. It could have been served with a simple knock on our door during daylight hours.”

During this time, a plane was circling the property as well as drones, according to DeWolfe.

“They didn’t question us hard, of course we were giving them an earful about what they were doing,” DeWolfe said.

He said agents switched their restraints from hard handcuffs to zip ties as the morning progressed and allowed Kennemer to put on some clothes. DeWolfe was later shown a blurry photo of a man with a goatee wearing a beanie, suggesting it was Kennemer in a place where he wasn’t supposed to be.

To add to their frustration neither of them ever went inside the Capitol on the day in question, they said.

“Darrel was actually helping people,” DeWolfe said. “We weren’t on the side of the Capitol that was being gassed, but it floated over.”

Kennemer said he was unaware of what was happening on the opposite side of the Capitol until they started hearing flashbangs and seeing tear gas.

“We were peacefully protesting,” DeWolfe said.

Kennemer said while confined on his property, halfway through his interrogation, agents said they “needed to move.”

Kennemer said agents got the two away from their house for 5 to 6 hours, allowing them plenty of time to search the premises. When it was over agents had taken their cell phones, which they haven’t gotten back, and any Trump memorabilia.

The couple was eventually released without being arrested. Agents later produced a search warrant saying Kennemer was suspected of “assaulting, resisting or impeding” officers and “entering restricted buildings or grounds.”

Kennemer recalled being asked how he felt about someone breaking into the Capitol and destroying property.

As for DeWolfe she was shown several pictures, even some from her Facebook page revealing her affiliation with the This Is Texas Freedom Force.

The couple said they immediately contacted the Hays County Sheriff’s Department about everything that happened. They also wanted to file an incident report on the damage that was caused at their property. However, they were met with disappointment when they said sheriff department officials did not meet with them.

“We went to rally in Washington with such honest intentions,” DeWolfe said. “We just wanted to show we cared. It makes me so incredibly sad at times we live in.

“We’ve got to flip the script. They are calling us domestic terrorist which gives them the right to take away our freedoms.”

The Daily Record reached out to the FBI and spoke to an agent who declined to respond due to the ongoing investigation.