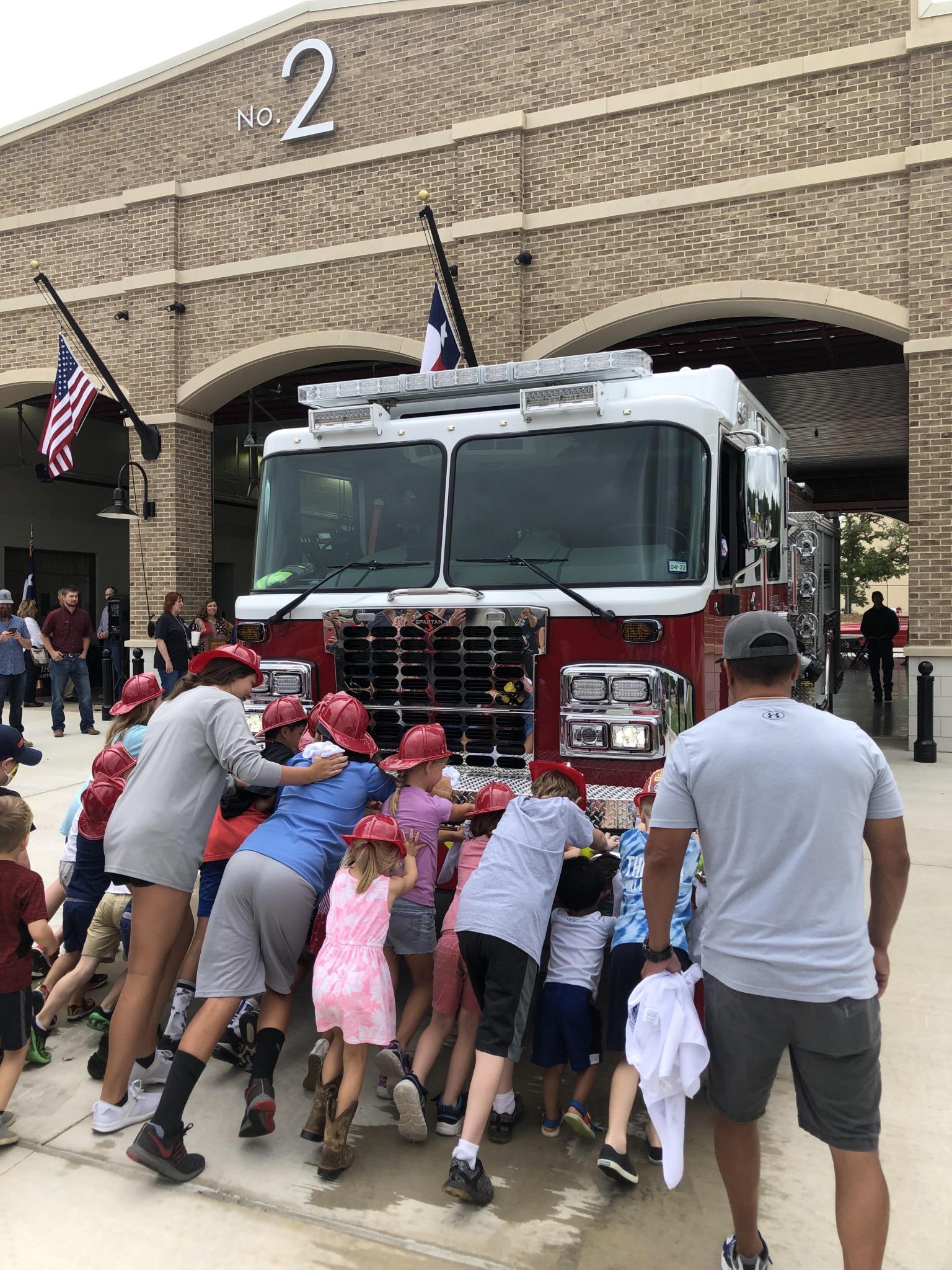 FIREHOUSE FESTIVITIES: Community turns out for grand opening of station #2

COVID 19 threw a kink in the opening of San Marcos Fire Station #2 last December. Even though the station conducted a small celebration among city personnel in December, it was on Friday an all-out celebration took place along with members from the community that included a “push-in ceremony.” 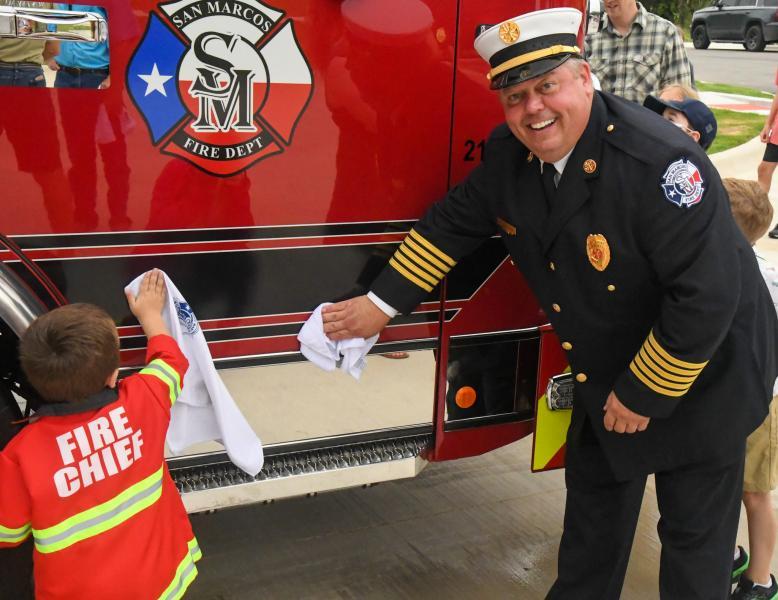 Mayor Jane Hughson said a lot has changed over the years.

“The original Fire Station #2, built on Academy Street 1954, was 70 years after the founding of the San Marcos Fire Department back in 1884,” she said.  “Back then, the fire department was still volunteer operated with more than 80 citizen volunteers.”

She said today’s fire department has around 70 full time professional firefighters, much larger and better equipped engines than in 1954.

“Our facilities have grown alongside our city, and we continue to build new stations to meet the needs of our growing population,” Hughson added. “The new Fire Station #2 will house firefighters and support staff safely, comfortably and efficiently so at the drop of the hat, they're ready to respond to the needs of our citizens. We're grateful for their dedication and fortunate to have them with us to keep us safe.”

Director of Public Safety Chase Stapp said working alongside professionals like these is the best part of his job.

“I hope you rest easier at night knowing that Chief (Les) Stephens and his team, and Chief (Stan) Standridge and his team, are absolutely committed to hiring the best professionals from across the country and across Texas to serve this community,” Stapp said. “That's their commitment to you.”

Stapp said the commitment to them should be equipping them with the best they can afford.

Fire Chief Les Stephens said the station was born out of the original design for Station #4 that was constructed on Wonder World  Drive and opened in 2018.

“But we approached this station a little differently in that we did a design build,” Stephens said. “This was the city's first ever foray into the design build process. With that we selected a contractor and the contractor brought with them an architect.”

Chief Stephens said they were fortunate that Flintco was the successful recipient of the contract to build the station.

Following remarks from Kevin Moyes of Flintco, Chief Stephens introduced friend and mentor Steve Angel who he worked alongside prior to moving to San Marcos. Angel, a retired firefighter from Garland, entertained those attending with his experience as a firefighter which included some about Chief Stephens.

Following the remarks, a fire engine was wet down by fire fighters and dried by children of the community. The fire engine was then ceremoniously pushed in through the bay doors by the kids, into its resting place.