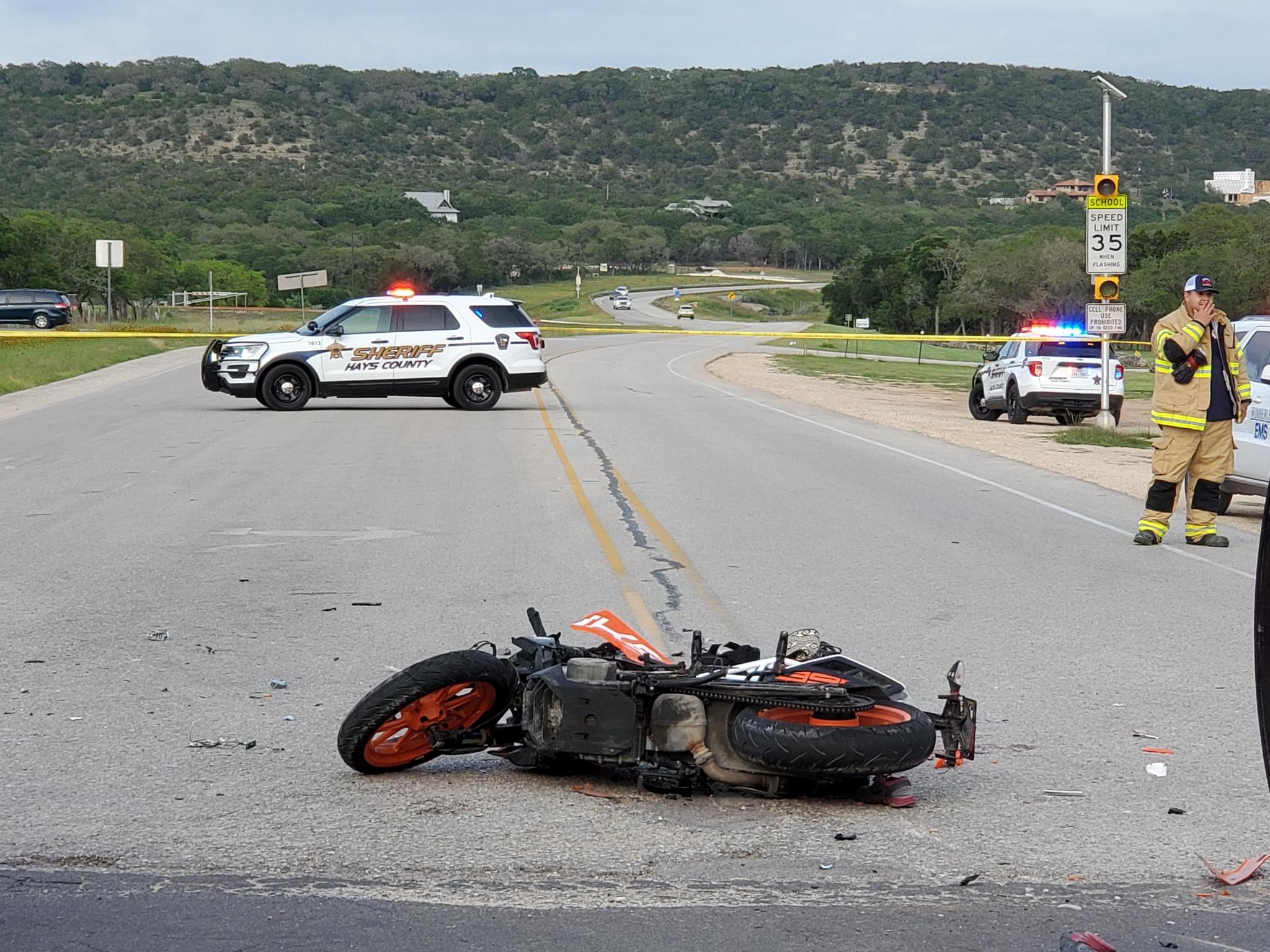 A one-time Waco attorney arrested in a murder-for-hire plot died in a motorcycle crash near Wimberley on Thursday.Chelsea Tijerina Beaudin, 34, was pronounced dead at the scene. Photo by Dalton Sweat/The Wimberley View

A one-time Waco attorney arrested in a murder-for-hire plot died in a motorcycle crash near Wimberley on Thursday.

Chelsea Tijerina Beaudin, 34, was pronounced dead at the scene. The incident occurred at 6:35 p.m. at Ranch Road 12 and Winters Mill Parkway, according to Texas Department of Public Safety officials.

Tijerina had become well known making national news in May of 2020 when she became embroiled in a murder-of-hire plot. She, along with Seth Sutton, 46, were arrested for solicitation of capital murder charges and accused of conspiring to hire a hitman to kill Tijerina’s former husband, a Waco Attorney Marcus Daniel Beaudin. Beaudin had been arrested earlier in 2020 on child molestation allegations.

According to the Waco Herald Tribune, affidavits show Sutton had solicited an undercover officer on May 14 to kill Beaudin and discussed the officer leaving town after committing the murder. Beaudin had been arrested in February 2020 on a felony charge of indecency with a child. According to Woodway police, Beaudin was charged with having improper sexual contact with a 10-year-old female family member. Beaudin was released after posting a $20,000 bond.

According to previous reports, Tijerina and Sutton met with an undercover officer and provided details regarding Beaudin’s whereabouts and plans on how to carry out the murder. According to the affidavit, on May 22, Sutton provided the officer with $300 to purchase a firearm to kill Beaudin.

Both Tijerina and Sutton were arrested by Waco police and released on a $1 million bond and were required to wear GPS ankle monitors.

Judge Thomas West of Waco’s 19th State District court had previously denied a motion from Tijerina to remove the tracking device but did grant her extended curfew hours and allowed her to travel freely in Texas.