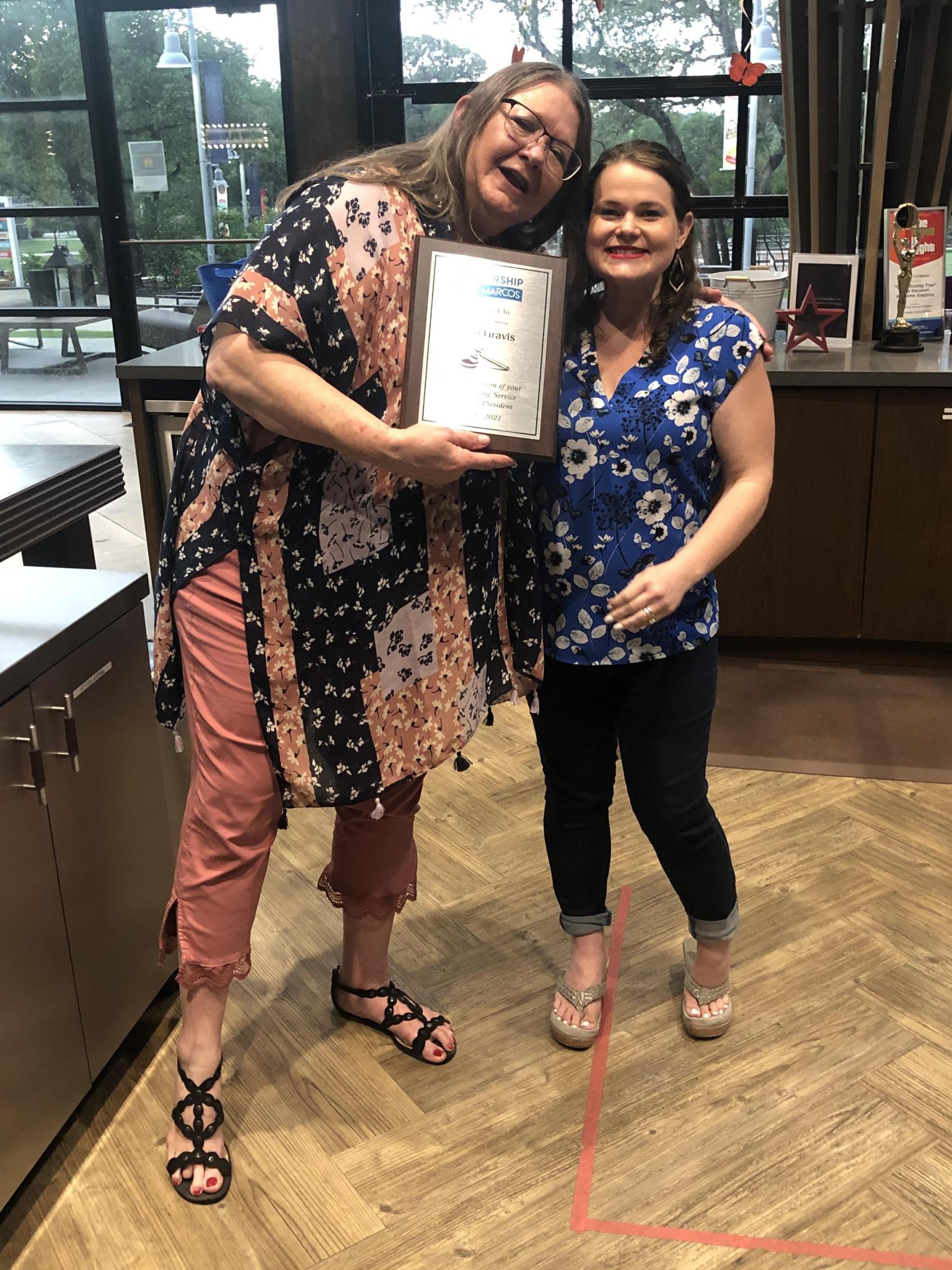 ‘Tis the season for graduation and Leadership San Marcos saw its most recent class celebrate the completion of the program.

On Tuesday evening Pam Gravis, this year’s president, congratulated the class on its dedication to the program during extraordinary circumstances citing the recent pandemic.

“It’s been challenging but the class of 2021 handled it like true leaders in our community,” Gravis said. “They forged ahead exhibiting perseverance and growth. I’m immensely proud of their accomplishments."

The graduating class project was to build an enclosure for barn cats at the animal shelter. The purpose was to house feral cats to make more room for adoptable cats.

"I only thought I was connected to the community before I joined Leadership San Marcos,” said Lauren Surley, vice president of Communications for the San Marcos Area Chamber of Commerce. “This program showed me the people behind the city, the ones who make San Marcos the amazing place it is. I created relationships and true friendships with people I likely wouldn't have met otherwise. I'd recommend it to anyone."

Liz Castañeda will assume the role of incoming president.

Leadership San Marcos began under the wings of the San Marcos Chamber of Commerce.

In 1985, the Education Committee of the Chamber developed and sponsored the first class; an Alumni Association was formed in the late 80s.

As the program grew, it became independent of the Chamber of Commerce in the early 90s. Leadership San Marcos became self-governing with the formation of its own Board of Directors. Under this new leadership, the program continued to grow and prosper. In the mid-90s, the number of participants was increased from 12 to the current number of 15. The Board maintains this level for two reasons:

*This number allows for a small group for team building and bonding of the classes. Many classmates continue the relationships formed and even find lifelong friends.

*The small number of participants keeps the options open in terms of logistical considerations such as meeting places and transportation.