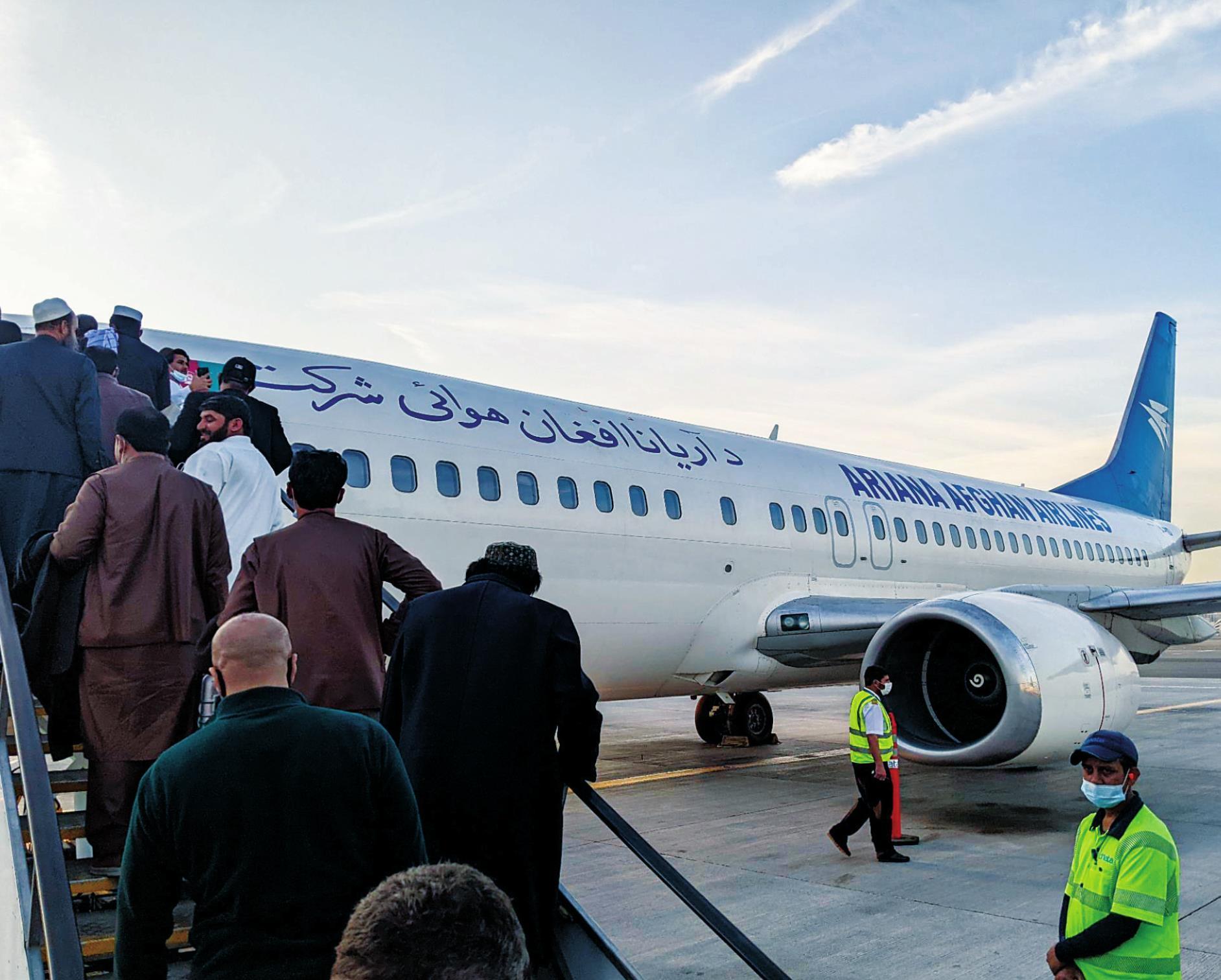 Stranded Americans and allies board a plane in mid-December and leave Afghanistan thanks to the partnership between Project DYNAMO and Berry Aviation, a San Marcos business. Photos courtesy of James Judge

With a new year comes a new beginning for 47 U.S. citizens and Lawful Permanent Residents (LPR) recently rescued from war torn Afghanistan. It’s thanks in part to a San Marcos company — Berry Aviation — who partnered with a group of military and special operations veterans known as Project DYNAMO. The two have been working behind the scenes to help rescue those stranded since the Aug. 31 evacuation of U.S. troops.

Those rescued, including more than a dozen children – one as young as 11-months, arrived at JFK Airport in New York on Dec. 18.

“We truly are committed to ‘no American left behind,’ and we’re proud of our work to bring these Americans to safety,” said Stan Finch, president of Berry Aviation, Inc. “These are mothers, fathers, sisters, brothers, and we’ll continue to support Project DYNAMO until every citizen, LPR, and ally who supported the U.S. is safe.”

Since the troop withdrawal, thousands of Americans and allies had been left behind, placing them and their families at risk with the newly formed Taliban government.

Finch said the key to getting people out safely came at the hands of the Project DYNAMO team, which they've had a relationship with since 2010 in Afghanistan.

“They ultimately ended up getting in touch with us through our parent company Acorn,” Finch said. “They're retired U.S. military, guys that have done multiple tours in Afghanistan, that's how they knew us.”

Finch said Berry Aviation has had a continual presence in Afghanistan since 2010 until June of this year. Initially, they were asked to partner with Project DYNAMO using some of Berry’s aircraft. But it simply wasn’t doable for several reasons.

“The biggest reason was technical, there was no air traffic control,” Finch said. “You may have someone running the tower at Kabul, but there's air traffic control en-route from the border — to Kabul. The Afghans did publish a Notice to Airmen on how to operate in the country, but there aren't many airlines willing to operate like that.”

But what Berry Aviation could do was act as the funding mechanism for getting Americans and their allies out of the country.

“We funded 100% of the air operation all the way back to JFK,” Finch said. “Every one of these passengers was a U.S. citizen or green card holder. To me, that’s one of the most remarkable aspects of this. It's just hard to get out of the country now.

“A lot of people say, ‘they can just go out and buy a ticket’ — well no they can’t,” Finch added

He said he was very pleased to be a part of it, but in the end, it was the Project DYNAMO's team that deserves the credit. 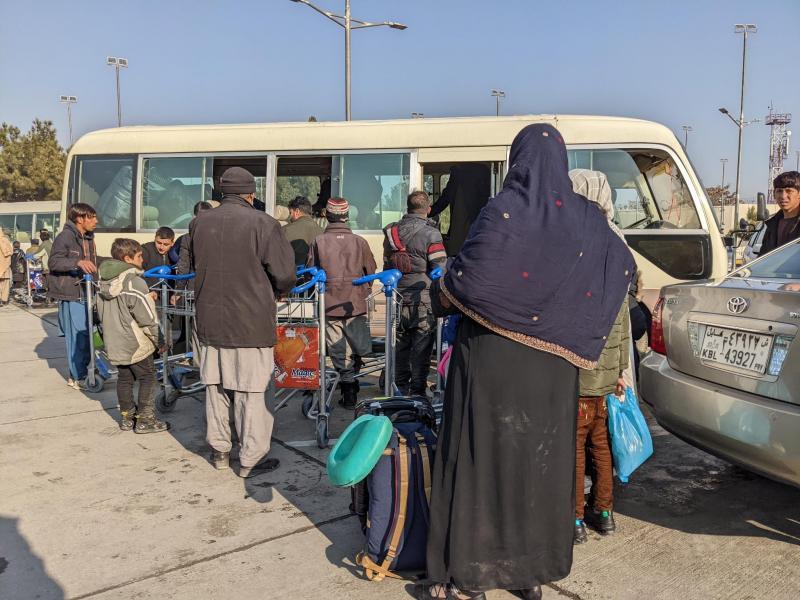 “It is fundamentally important to me, and all of the folks involved with Project DYNAMO that we follow through on America’s commitment to never leave a person behind, which is why we are doing what we’re doing,” said Bryan Stern, co-founder of Project DYNAMO. “After a few very tough months, I’m proud to say we again kept our promise to help those stranded.”

To date, more than 2,000 Americans and LPRs have been rescued from Afghanistan by Project DYNAMO by air and land, safely and legally. The work has been privately funded through donations from fellow veterans, service members and their families, as well as people around the world. The Dec. 18 flight was one of the latest opportunities American citizens had to leave the country.

Project DYNAMO is a pending 501(c)(3) not-for-profit conflict zone rescue organization formed in response to the fall of Afghanistan in August of 2021. Project DYNAMO safely and legally evacuates American Citizens, Lawful Permanent Residents of the U.S. and visa holders, in addition to citizens and LPRs of allied nations and vulnerable populations from Afghanistan to safety. Project DYNAMO is led by highly experienced combat veterans from the intelligence and special operations communities and is funded entirely by generous donors. For more information, to register, or to donate, please visit www.projectdynamo.org.

Berry Aviation, Inc. is a leader in private aviation, with a portfolio of parts and services that includes Government, Private Charter, both Scheduled and On-Demand Freight, Maintenance, and FBO operations. Since its founding in 1983, BAI has grown into a dynamic company with a focus on providing innovative solutions within the Aerospace industry that increase value for customers and end-users. Headquartered in San Marcos, the company has the knowledge, experience, and manpower necessary to operate on short notice with safe, high quality aviation services.

Acorn Growth Companies is a middle market private equity firm focused exclusively on Aerospace, Defense and Intelligence. Acorn invests solely in operating companies that strive to enhance global mobility and protect national interests. Acorn has a formidable reputation in the industry and is recognized for its deep understanding of the Aerospace & Defense markets, with proprietary access to the best companies within these sectors. With operational expertise and its ability to lead and manage investments through variable economic and industry cycles, Acorn works in tandem with management to build its portfolio companies into significant market leaders. lwinter