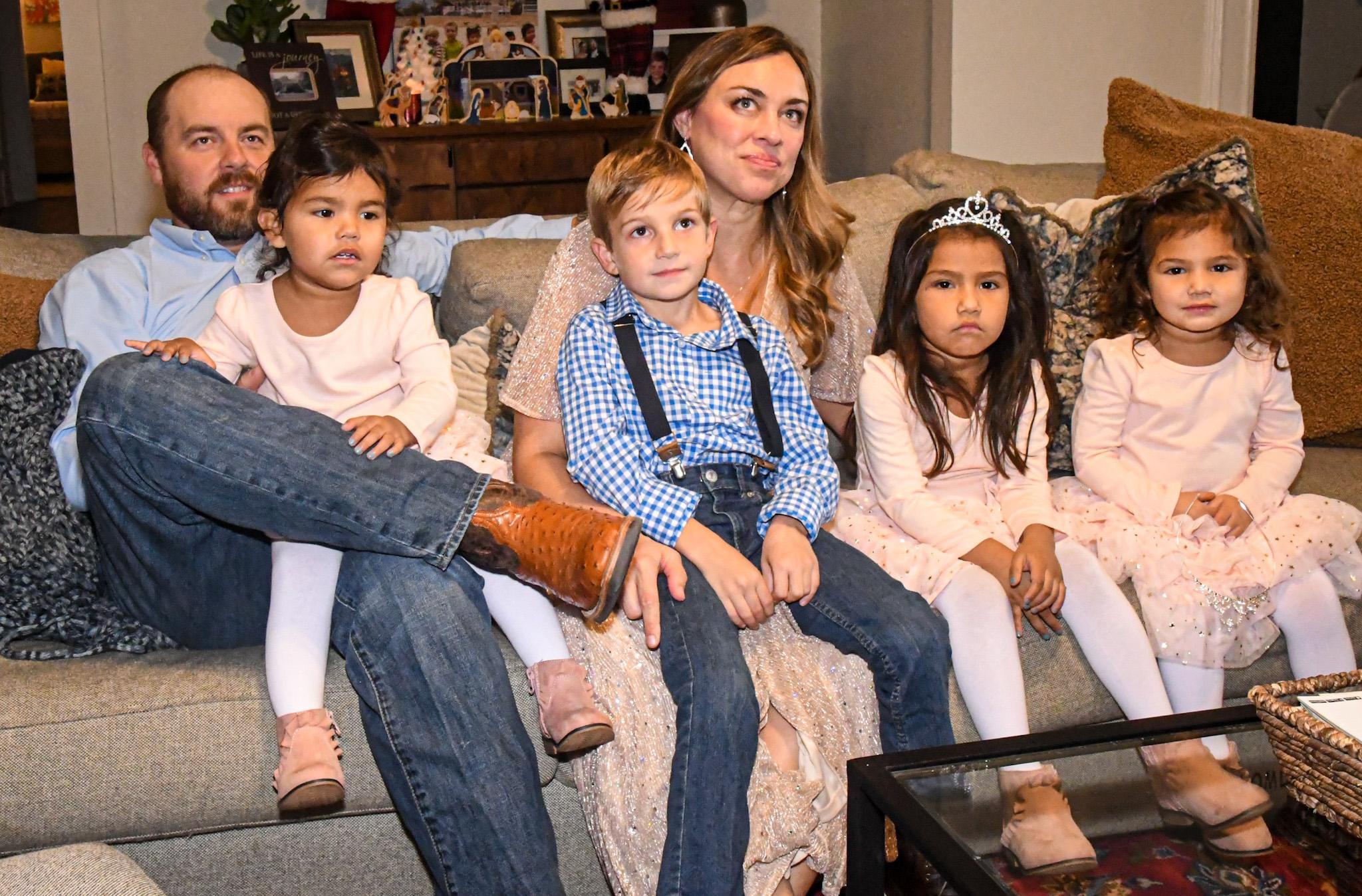 Heading into the Christmas season — while sitting down to read the Christmas story — take a good look at Joseph, husband to Mary. He wasn’t a minor piece to the Christmas puzzle. Joseph was a great example of an adoptive dad who happily accepted his role in the life of Jesus — as part of God’s plan.

So, in a very real way the Christmas story is the ultimate adoption story.

John and Allison Hardy possess the spirit, excitement, and anticipation for adoption. After six years of struggling with fertility issues the two celebrated the arrival of their first child, Turner, born in 2015. But with a deep genuine love for children, the couple knew they wanted their son to have siblings but weren’t sure how that was going to happen.

On Friday, their prayers were answered when the family of three became a family of six. Ella (1), Maya (3) and Joanna (4) — three of the most beautiful little girls — joined the Hardy family during an adoption ceremony at the couple’s home in San Marcos.

Cheers and applause rang out among family and friends when the ceremony was over.

“It feels very exciting, and it’s settled,” Allison said. “There’s a finality to it and it’s good.” 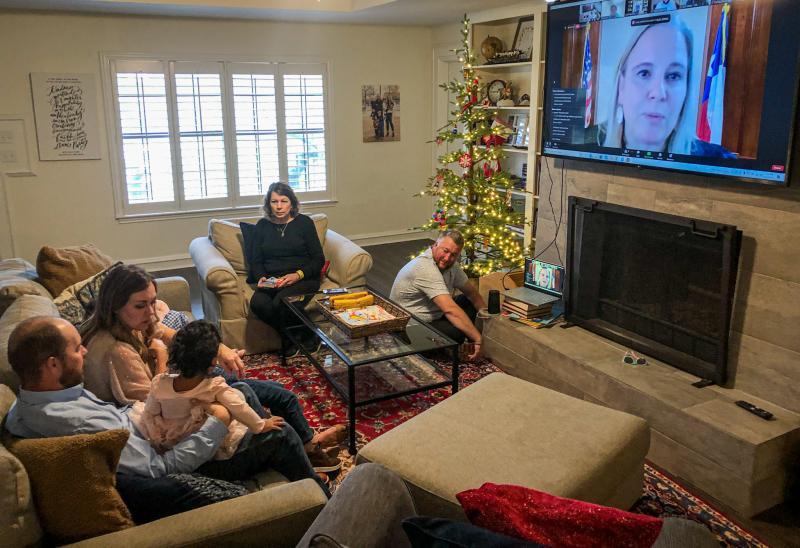 Allison recalled how it all began.

“We heard of a situation involving three little girls needing a home. By the time they arrived it was midnight and their ages being what they were, we immediately began to panic,” Allison said. “We didn’t even have enough beds for them the first night; we were totally unprepared."

Adding to their anxiety, Allison said they had no clothes, formula, bottles, diapers, car seats, or even a car that fit everyone. But, in less than 12 hours, she said their porch was filled with donations of all kinds from friends, family… even strangers.

“We had someone who wanted to remain anonymous with TruLight 127, our foster agency, that bought us a crib, a toddler bed, mattresses and car seats,” she said. “It was overwhelming the amount of love, prayers, support and extravagant generosity we received from our community.”

Many times, the two didn’t even know who gave what; people would just drop things off on their porch without ever ringing the doorbell.

“We found casseroles and beverages of all kinds on our doorstep on many occasions,” Allison said. “My parents live 18 hours away in Tennessee, but they dropped everything and were in San Marcos on the second day.”

As could be expected, the pandemic made things harder to plan and prepare for, especially when it came to daycare and even finding certain formulas.

“But we were always taken care of,” Allison said. “We went from a family of three to six within two weeks.  It made me think of the miracle of the five loaves and two fish.  God can take whatever we bring him and multiply it ... if we just bring Him what we have, he can multiply our patience, our strength, endurance — whatever we need at the time.”

Before contemplating adoption, the couple decided to become foster parents.

“Emotionally we were drained after such a long journey of heartbreak and disappointment of trying to have our own children,” the two said. “We talked about adoption but never really considered fostering.”

So the two set out on a journey to become foster parents.

“No matter how much you want something, or how much money you spend trying to find happiness, it really comes down to being open to God’s plan,” John said. “We didn’t realize it at the time but going through the heartbreak prepared us for foster care. All the struggles, tears, and worries brought us closer together and gave us an appreciation for family and all of God’s children beyond our wildest dreams. We know each child on earth is here for a reason, and we believe everyone deserves to be loved by someone.”

In 2019, they officially became licensed for foster care in October. Shortly thereafter the couple brought home their first baby, directly from the NICU in November.

“He was required to eat every 2-3 hours, so there wasn’t much sleep but a whole lot of love and snuggles,” Allison said. “About a month after having him in our home, we discovered he had siblings who had already been adopted by foster parents; they wanted him, too.  So right before Christmas we had to say goodbye after lots of tears and heartbreak.”

At the beginning of March 2020, they welcomed home another little boy, a toddler.

“We thought he was going to be with us just a few short weeks, but he wasn’t reunited with his biological parents until the beginning of December 2021,” Allison said.

During their pilgrimage as foster parents, John said one of their biggest challenges was knowing they had to be flexible, often having the feeling of being in “limbo.”

“So much of the process is dictated by the courts and the birth parent's cooperation with the courts,” he said. “As foster parents we are usually the last to know anything even though we're the ones that need information the most.”

As their journey took them into considering adoption the couple said they fell in love with Trulight127 Ministries and with how “personal” fostering and adoption was to them.

“Our recommendation is to find an agency you feel comfortable with and whom you think you could build a relationship,” said John. “Aside from placing children with you, the agency you choose is going to be your biggest advocate, your biggest source of information, and have the most resources for you along the way.

“Be prepared to not always get answers you want or for that matter any real solid concrete answers at all. There are lots of moving pieces along the way.” 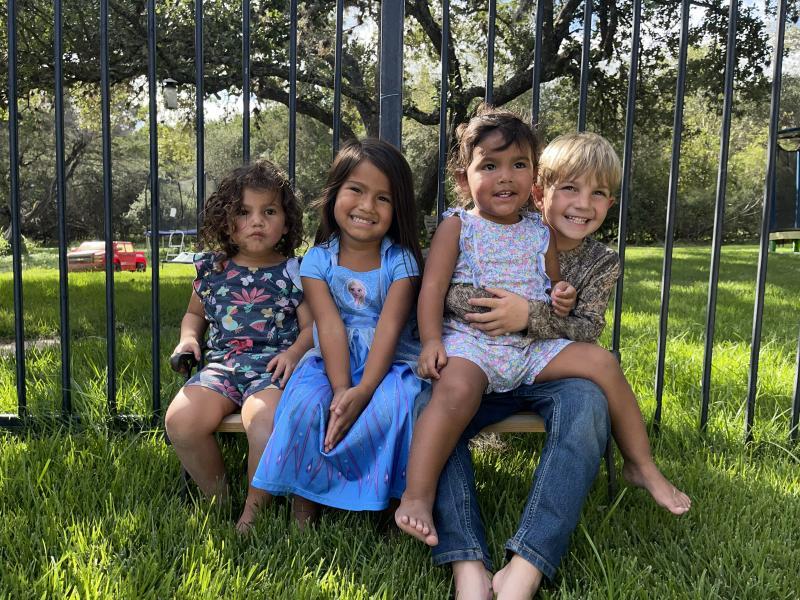 John said he tells people adoption and foster care is not for everyone — and that’s okay.

“If you still want to make an impact or be part of a foster family's story, find a local organization like CASA or Austin Angels to volunteer with,” he said. “It takes a village to be a foster family and without the support from the community and its generosity, volunteers and nonprofits, the road would be much more difficult.”

“Organizations, like CASA of Central Texas, are always in need of volunteers to support children while they navigate the foster care system,” Hudson said.

To hear John and Allison’s experience with their child’s CASA volunteer visit, https://www.casacentex.org/casa-chat/