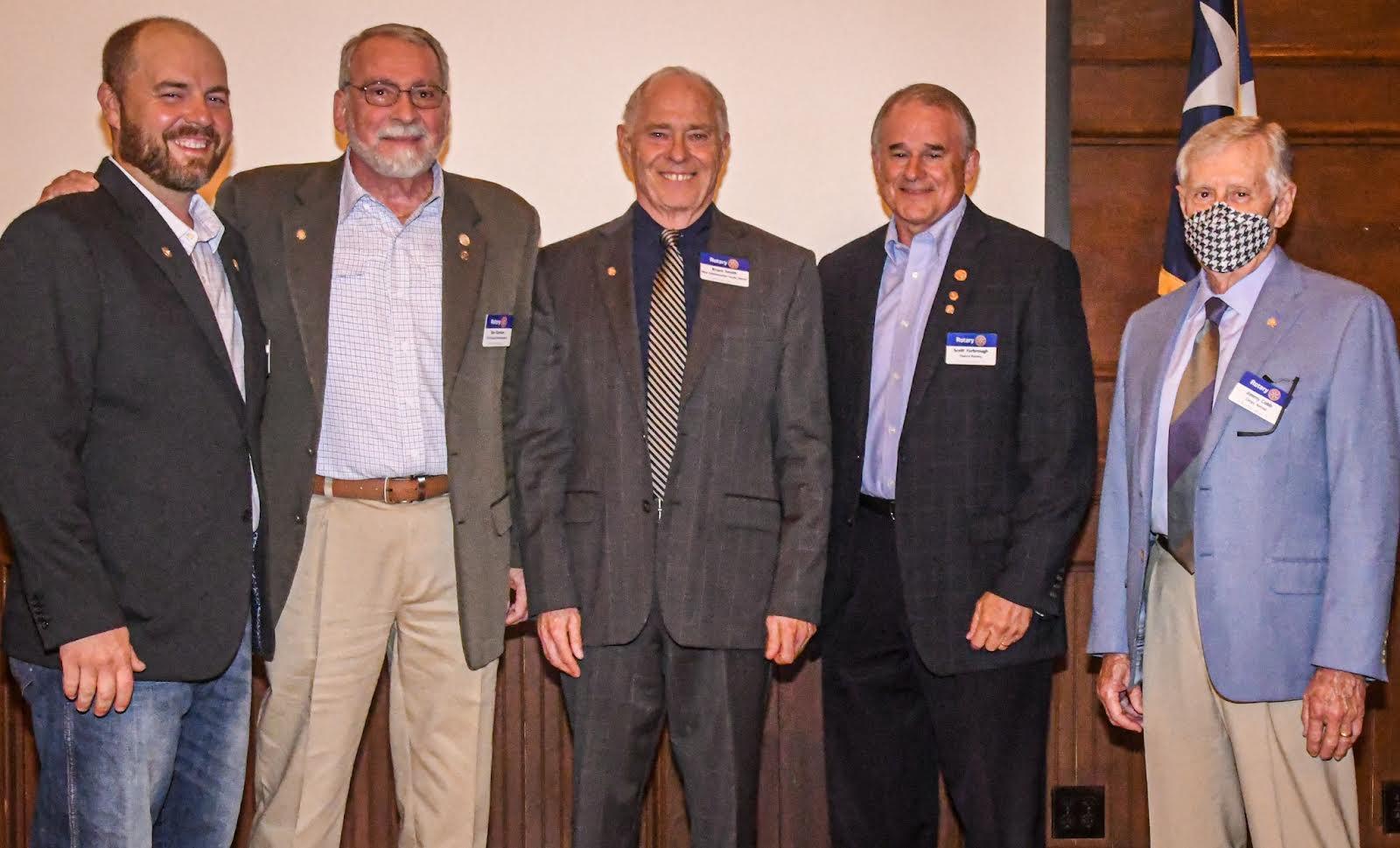 The Rotary Club of San Marcos celebrated another year of accomplishments during its installation of officers on Friday at the Price Center. Above. Rotary Club board members are all smiles during the installation event. Daily Record photos by Lance Winter

The Rotary Club of San Marcos celebrated another year of accomplishments during its installation of officers. The event took place on Friday at the Price Center where outgoing president Bruce Smith handed over the reins to incoming president, John Hardy.

During Smith’s year the club set more than a dozen goals easily surpassing each which included a gift of $25,577 to the Rotary Foundation and a $7,418 contribution to the Polio Plus campaign. 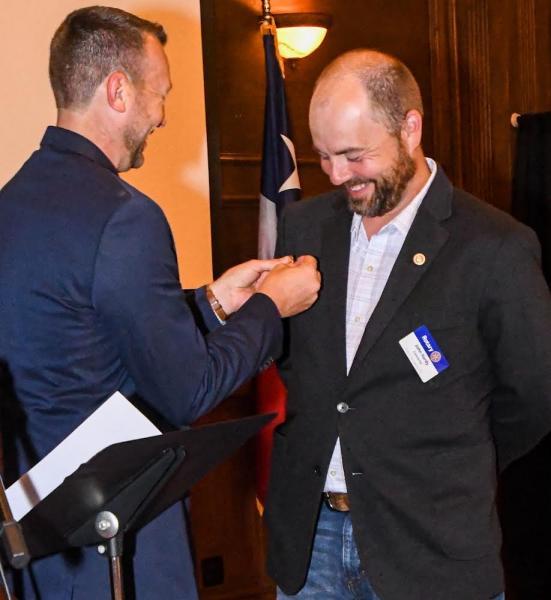 Several awards were given including a large group for perfect attendance as well as several Paul Harris Fellowships – (PHF).  The Paul Harris Fellow recognition acknowledges individuals who contribute, or who have contributions made in their name, of $1,000 to the Rotary Foundation 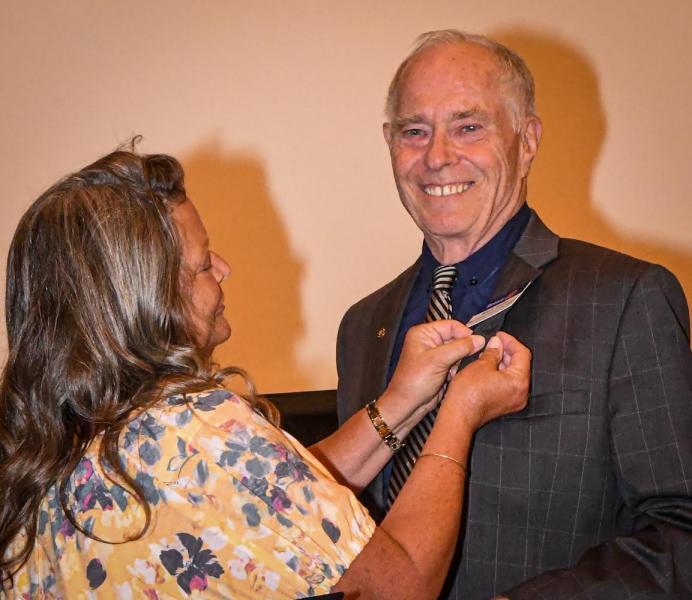 Rotary established the recognition in 1957 to encourage and show appreciation for substantial contributions to what was then the Foundation’s only program, Rotary Foundation Fellowships for Advanced Study, the precursor to Ambassadorial Scholarships.