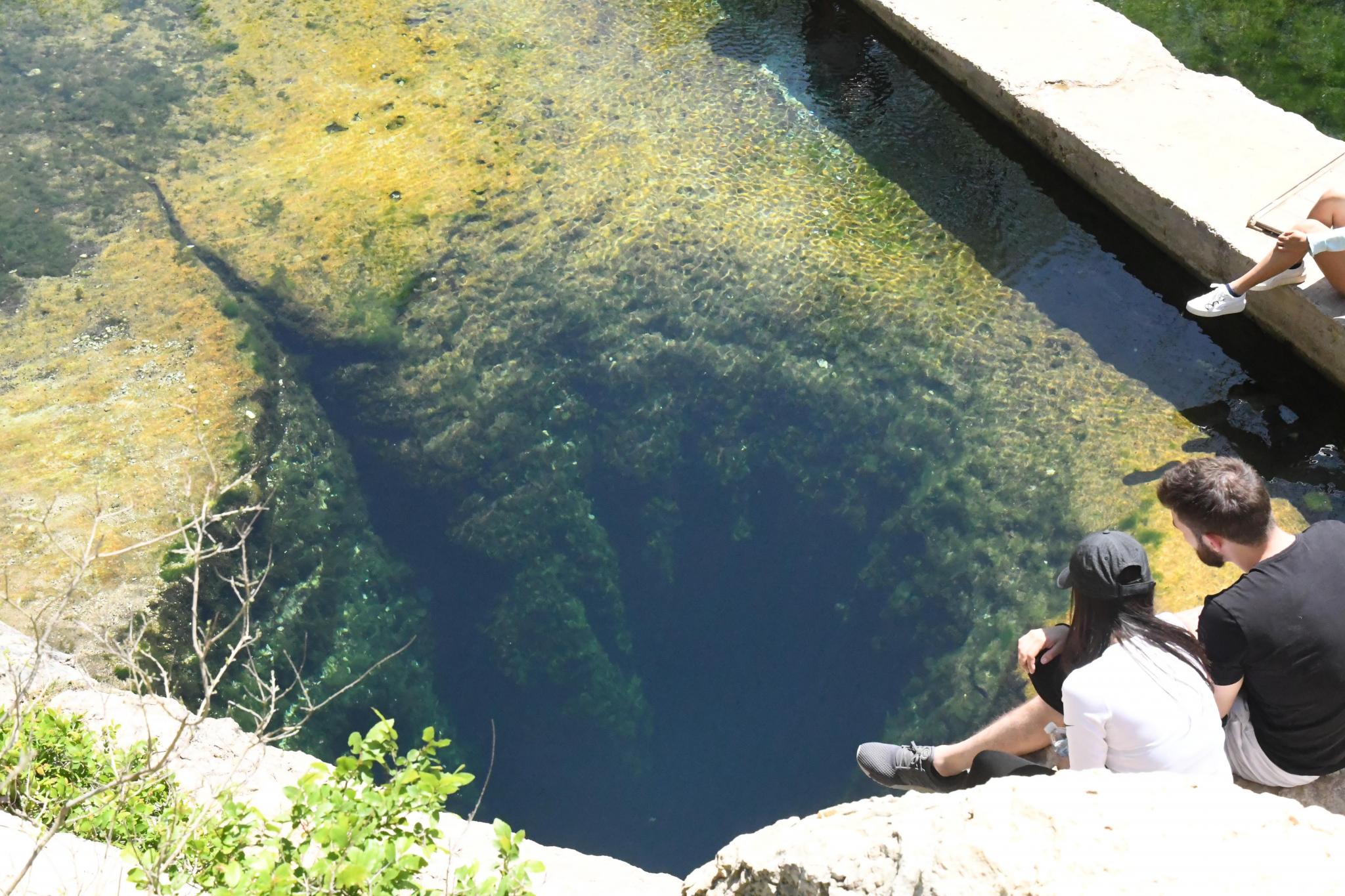 Hays County issued a notice Wednesday that Jacob's Well (pictured above) was closed for swimming due to high bacteria levels. Hays County said the swimming hole is off limits for the foreseeable future. Daily Record photo by Lance Winter

Swimming at Jacob's Well suspended due to high bacteria levels

One of Hays County’s most popular tourist attractions and arguably its best swimming hole is off limits for the foreseeable future.

On Wednesday Jacob’s Well near Wimberley was closed by Hays County who issued a notice on its website and on social media that conditions were unsafe due to high bacteria levels.

“The threat of high bacteria levels, other pollutants and poor visibility conditions are unsafe for swimming,” the post read. “We will monitor conditions and update information on our website and social media.”

Jay Taylor, Supervisor for Hays County Parks, said the lack of rain has been the primary issue citing that the critically low flow rate from the well is creating a situation where the water has become “stagnant” and allowing water to become murky and bacteria to grow.

“Right now, the flow is below one cubic foot per second – (CFPS),” Taylor said. “This is reminiscent of what we’ve heard it was like between 2008 through 2011 when this area experienced a significant drought. We don’t have records from then because the county wasn’t managing Jacob’s Well at the time. But nearby landowners said the flow rate hit zero and got really bad.”

To put it in perspective, the San Marcos River’s current flow rate is 110 CFPS; the Guadalupe River ranges between 100-300; and the Blanco River, 16.2. The optimum median flow rate for Jacob’s Well, according to the United States Geological Survey, is 4.4 CFPS.

“Over pumping the aquifer certainly doesn’t help and more growth just creates greater need for water,” Taylor added. “Conservation efforts are always important, but the lack of rain is the main issue. We get rain and we’re good.”

No word on how this will affect other recreational areas downstream, such as Cypress Creek or Blue Hole Regional Park, has been issued.

Jacob’s Well sits on roughly 80 acres of park land and contains the second longest submerged cave in the state. Its water temperature is generally at a cool 68 degrees year-round. It sees around 30,000 swimmers and 100,000 visitors to the park annually.