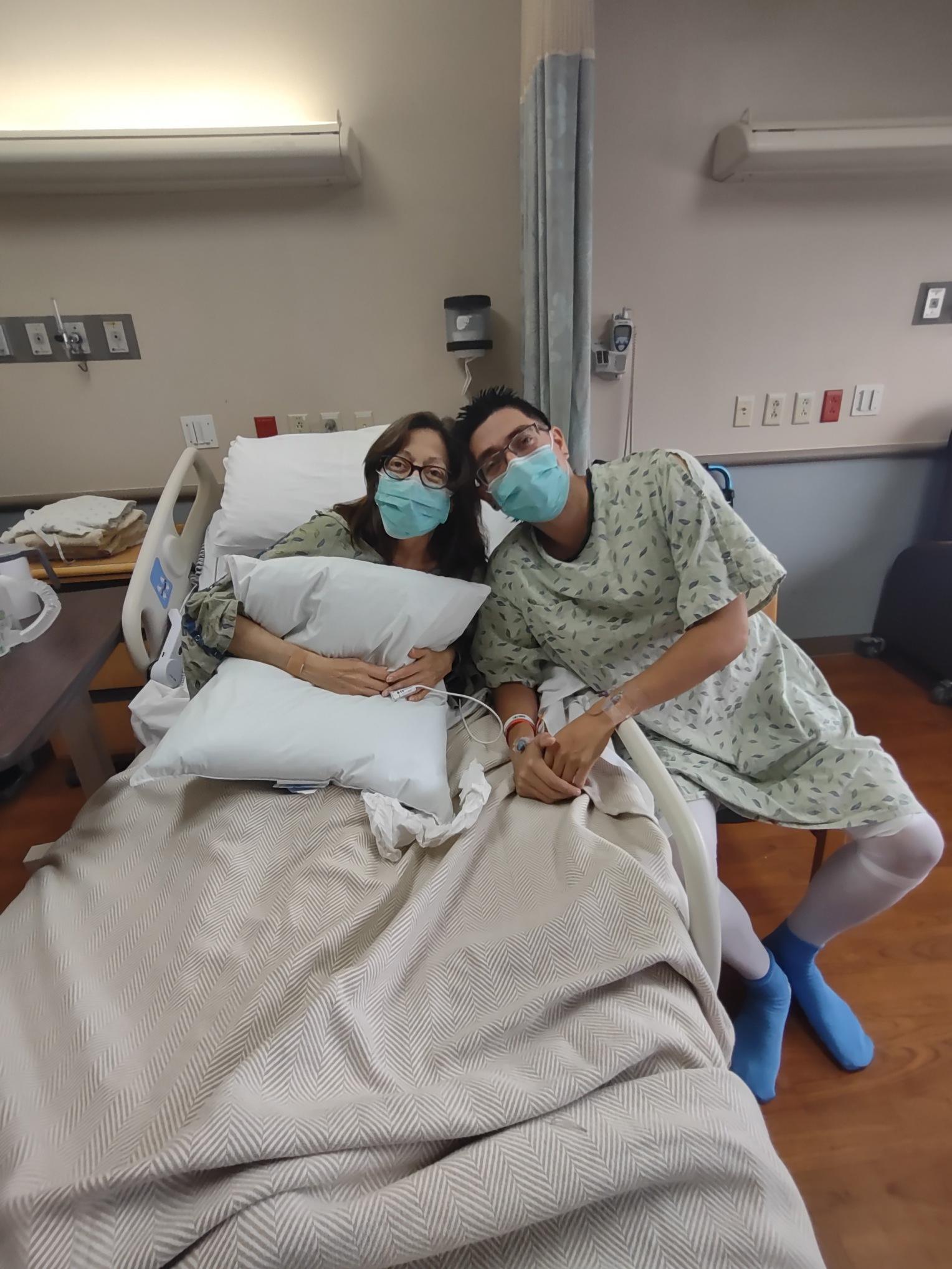 Above, Miguel Arredondo and his mother Ramona Mendez pose for a photo before a kidney transplant surgery in early December. Below, Arredondo signs paperwork before the surgery Photos courtesy of Miguel Arredondo

The saying goes, “there’s no greater love than the love a mother has for her child.” But every so often circumstances reverse themselves.

Such is the case with Miguel Arredondo, San Marcos CISD school board trustee, who gave the ultimate gift to his mother, Ramona Mendez Rodriguez — the gift of life by donating a kidney.

“When I first learned about my mom’s health issues, I think on some level, I always knew I was ready and willing to explore the kidney donation process,” Arredondo said.  “But I think it’s safe to say, yes, it was a no-brainer that I’m willing to do almost anything to help or take care of my parents and in this situation, my mother.”

Arredondo said his first step was explaining to his parents, and immediate family members, he was interested in donating a kidney and convincing them that he was making the right decision not only for his mom, but for himself.

“Once those conversations took place it was time to be screened to see if I was a match, and if my kidneys were healthy enough to be eligible for a possible donation,” he said.

Arredondo said his mother’s “mommy bear instincts” kicked in immediately and didn’t turn off through the entire process.

“Every step of the way she kept checking-in to make sure I wanted to keep moving forward,” he said. “I can’t speak for her, but I think she was more scared of what could happen to me rather than what was happening to her. Very typical of most mothers, always wanting to protect their babies.” 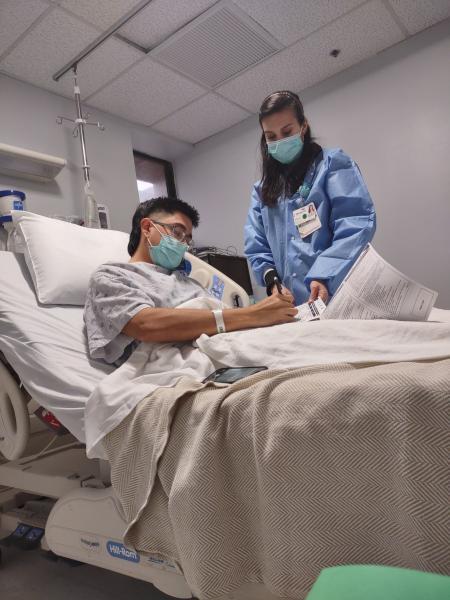 The screening/verifying eligibility process was the most nerve-wracking part of the entire process, Arredondo said.

“Understanding the number of blood tests, exams, and scans that would happen up until the day of the surgery had me convinced that something was going to turn up in some lab report that would disqualify me,” he said. “It’s no secret that I’ve had a very colorful history with substance abuse. So, I think the fear of ineligibility for whatever reason weighed heavy on me.”

He admitted to being impatient at this point.

“Honestly, I was ready to do this thing several weeks ago when we were first notified, I was a match and eligible for donation,” he said. “But I think that’s more about my personality and leadership style than anything else. If there is something that can be done to help someone today — right now — why do we have to wait four or five weeks to do it?”

The surgery went off without complications. Arredondo said the surgical team and nursing staff and Methodist Hospital Specialty and Transplant in San Antonio said everything went as expected.

Moving forward Arredondo said his only limitations following the surgery are that he can’t drink energy drinks anymore.

“I’m still processing the fact that I can’t drink energy drinks ever again,” he said. “It sounds silly, but energy drinks helped me get through college and at least a dozen marathon ISD school board meetings. But other than that, my life should be normal moving forward.”

As for his mother, she's recovered quickly.

“I was a little jealous seeing her recover so much faster than I did the first few days after the surgery,” Arredondo added. “But the nurses said women typically handle pain better than men and I believe it. The doctors said her labs looked great and her new kidney was working at 100 percent, which is just wonderful.”

At Christmas it’s hard not to call this a gift and according to Arredondo his mother is grateful.

“Of course, she said thank you and called it a gift,” he said.  “My step dad actually sent me a video to watch when I woke up in the recovery room.”

In the video his mother thanked him and said they needed to go do something special once they recovered: “Hey sweetheart I hope you are doing well…thank you. I appreciate this, Miguel. I love you.”

She’s adjusting to her new lifestyle and learning about the medications she now must take to ensure her body doesn’t reject the kidney, Arredondo said.

“But more than anything I’m just grateful and thankful to be blessed with such loving and supportive children, wonderful husband, and extended family members who have been there for us throughout the entire process,” she said.