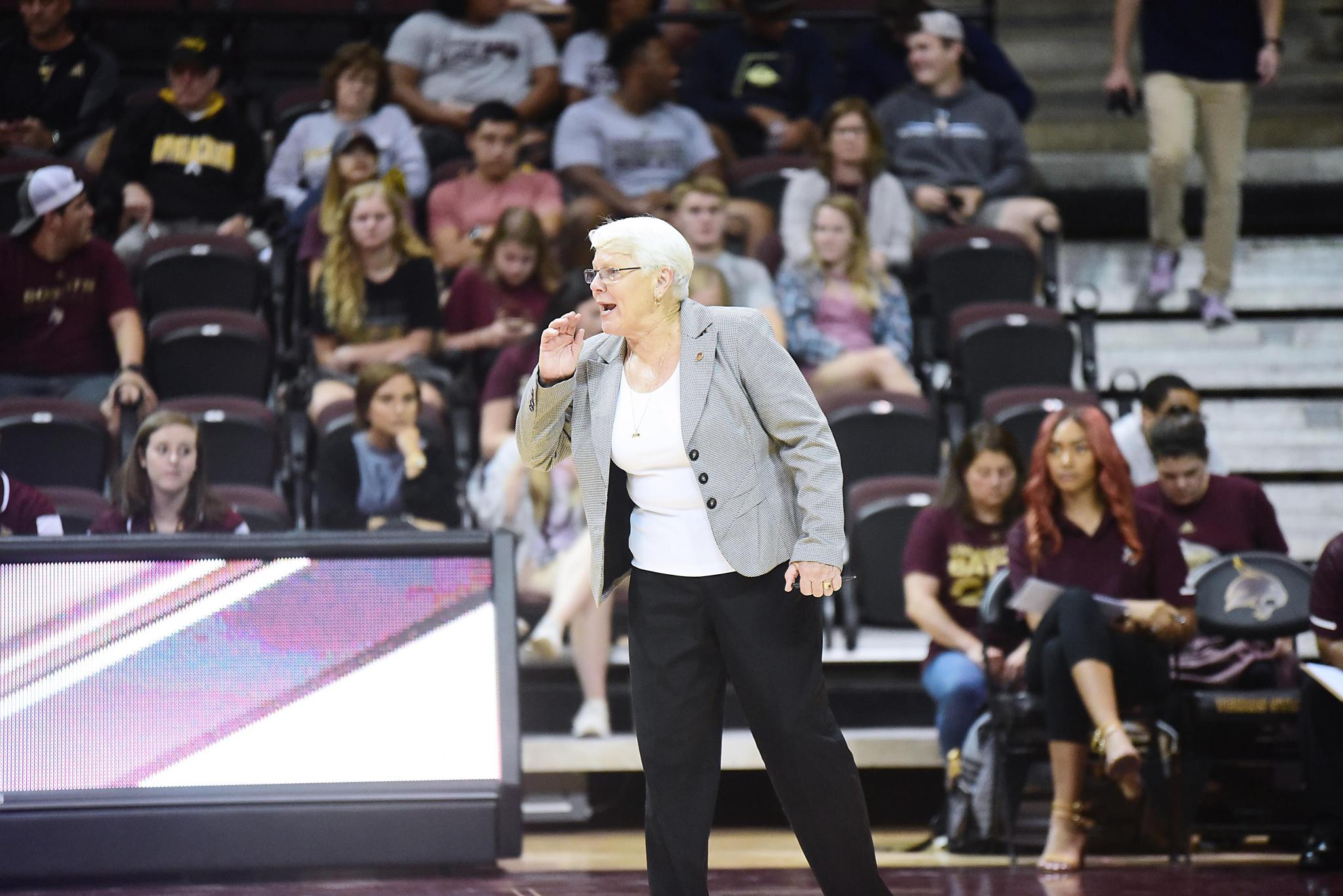 Texas State volleyball head coach Karen Chisum led the Bobcats to a place they had never been to — the second round of the NCAA tournament.

And with a 3-1 win over Rice on Nov. 29, the Bobcats won their first ever NCAA tournament match.

“Needless to say that I’m excited for these gals, the maroon and gold and Bobcat nation is an understatement,” Chisum said after the Texas State’s historic win. “They’ve worked hard. Needless to say, all year long … They’ve done a great job you guys. It’s been fun."

After a historic season, Chisum is the Daily Record’s Coach of the Year.

Woodard and the Bobcats put together an outstanding season. Texas State won the Sun Belt regular season and tournament championship. The Bobcats advanced to the NCAA tournament, where their run ended in the Los Angeles regional.

Under Woodard’s leadership, Texas State finished the year with a 43-16 record and went 18-5 during conference competition. Woodard was named the Sun Belt Coach of the Year.

The Bobcats earned the triple crown on May 13 when they won the final event of the night — the 4x400-meter relay — to beat Arkansas State by a point.

Conner guided the Bobcats to a Sun Belt regular-season championship in 2018.

Texas State finished the season with an 11-5-4 record and an 8-2 conference record.

Conner was named the Sun Belt Coach of the Year for the second straight season.

The Lady Rattlers started the season off slow but rallied to win the District 14-6A championship.

Under Soughton, San Marcos finished with a 14-16 record but went 9-2 during district play to earn their first district championship since 2015.