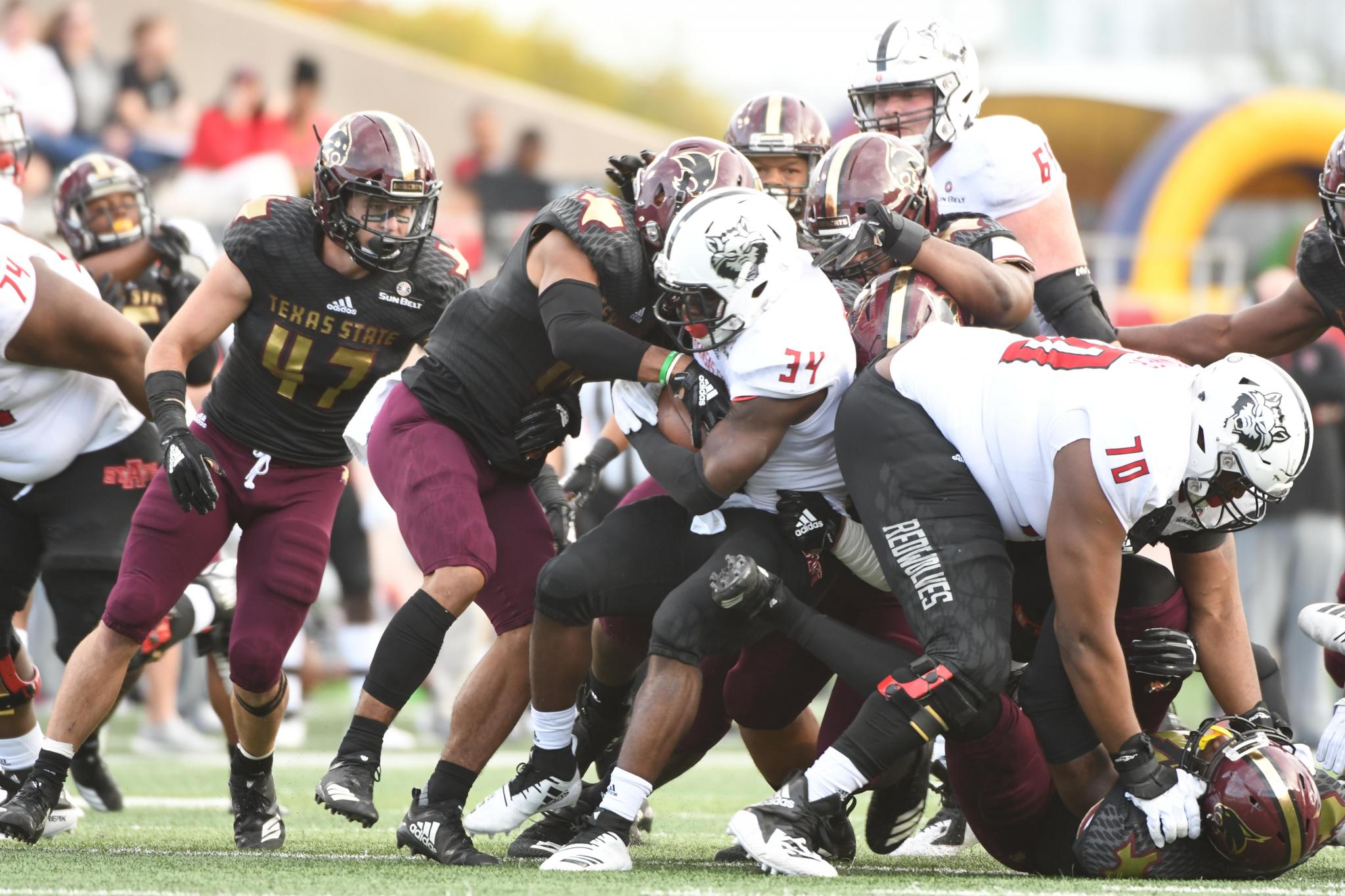 Bryan London II joked with his teammates that this has been the longest week ever.

And it’s been long.

Start Sunday when Texas State announced the firing of head coach Everett Withers. Followed by news constantly breaking on Twitter. The Bobcats 33-7 loss to Arkansas State on Saturday felt like a blip on the radar.

“It’s pretty hard, I guess, to stay focused on the game,” London said. “There’s just so much stuff. You wake up, check in and get on social media and there would be something new. At dinner last night, at the captain’s table, we just joked that it’s been the longest week ever. Just like every morning you wake up, you never know what you’re going to read, what happened, like, it’s a lot. So it’s just been a long rollercoaster week.”

The Bobcats only saw themselves down 7-0 at the half. The Red Wolves lone score in the first half came on an 8-yard rushing touchdown from senior running back Warren Wand.

Texas State received a spark early in the third quarter from running back Alec Harris when freshmantook his first career run 57 yards for a touchdown to tie the game.

But the Red Wolves answered on the next possession with a 60-yard pitch-and-catch from redshirt senior quarterback Justice Hansen to wide receiver Kirk Merritt to put Arkansas State back on top 14-7.

The Red Wolves never surrendered the lead and took the game 33-7.

“The game was disappointing,” interim head coach Chris Woods said. “The third-quarter execution obviously. Really felt like we had a chance to go in there and compete and we showed that, that we could for the better part of the game. But, you know, it got away from us. They’re a really good football team.”

Woods said he’s proud of the team and how they fought through the adversity they faced this week.

“It was a hard week,” Woods said. “I’d be lying if I said there weren’t some emotional challenges here. But I’m really, really proud of this team. They came out and they fought against a really good football team. And I think they showed their grit and their character that they were able to block out a lot of the noise.”

“When I came here, I didn’t really like being here to be honest,” Krawczyk said. “There was no team camaraderie. The only friends I had were (Watts), Frankie Griffin and Stephon Johnson, those were the three first people I ever talked to when I get here and those guys stuck it out with me. Stephon graduated last year. But it’s been a long road. It’s been a fun ride.”

With this “rollercoaster week” ending. Texas State now looks for a new head coach. But whomever the Bobcats choose, Krawczyk believes the foundation has been laid for future success.

“I believe the senior class next year is definitely going to stick to it and I have faith I’m going to come back here next year and there’s going to be a winning record,” Krawczyk said. “No doubt.”