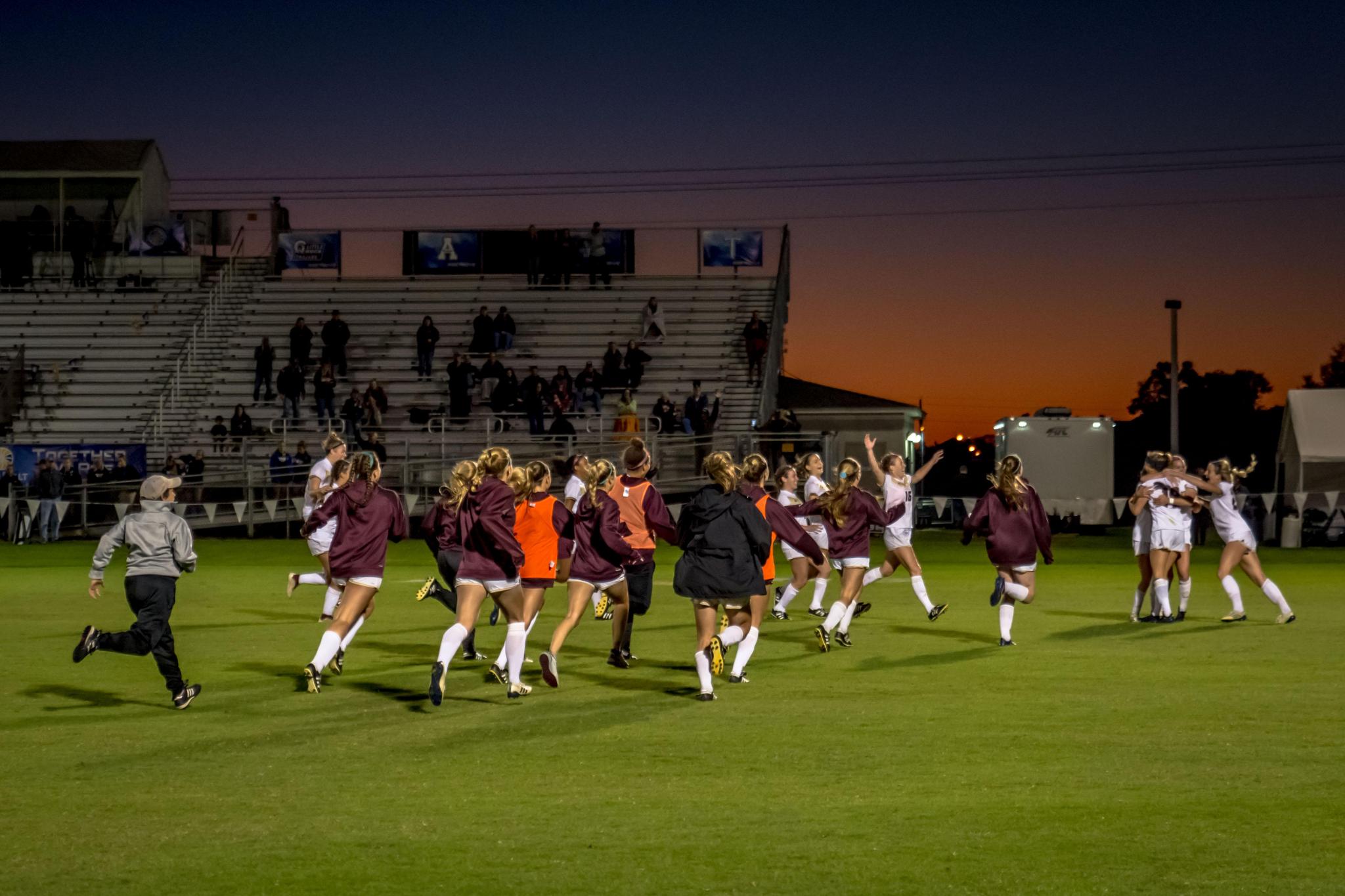 The Bobcats defeated the five-time defending conference tournament champions, 4-2, on penalty kicks after the match ended in a 1-1 tie after double overtime.

In the 18th minute, South Alabama sent a cross into the box to junior forward Brianna Morris. With her back facing away from goal, Morris passed to freshman midfielder Moa Ohman, who scored to give the Jaguars a 1-0 advantage.

Texas State had two good opportunities at equalizing in the opening half. In the 25th minute, sophomore midfielder Haley Groff sent a cross to freshman midfielder/forward Ally Kewish but her header went too high. Junior midfielder Genesis Turman’s follow up went over the crossbar.

Late in the first half, Turman had a chance at goal when a through ball found her in open space. But Turman’s shot was blocked to prevent the equalizer.

Texas State had multiple chances at goal in the 48th minute. Groff sent a pass to Kewish, but Kewish’s shot was blocked. Junior forward Kaylee Davis got the rebound and put up three shots but none of them found the back of the net.

The Bobcats were finally able to even the match when Davis earned a penalty kick after a shot attempt hit a Jaguar in the arm.

Davis scored her 18th goal of the year to tie the match at 1-1. She’s now tied for the most goals in single-season, which was set by Britney Curry in 2009. Davis’ goal was also the first goal South Alabama gave up in eight Sun Belt tournament games, which dates back to Nov. 6, 2015 against Appalachian State.

The match went into a stalemate through the end of regulation and both overtime periods.

With the score knotted at 1-1 after the second overtime, the match went into penalty kicks.

Texas State won the toss and elected to shoot second.

Junior goalkeeper Heather Martin came up big for the Bobcats on the opening penalty shot when she stopped Ohman’s attempt.

Kewish gave the Bobcats a 1-0 advantage after Martin’s save.

But the Jaguars responded when freshman midfielder Brenna McPartlan converted her penalty kick to even the score at 1-1. Davis, however, regained the lead for the Bobcats with a make of her own.

South Alabama’s third penalty was no good when senior defender Hannah Godfrey’s attempt hit the crossbar and went out.

Junior midfielder Jordan Kondikoff gave the Bobcats a 3-1 lead after she made her penalty shot.

South Alabama freshman defender Tilly Wilkes got the Jaguars to within 3-2 in the shootout.

But Smith scored the following penalty to send Texas State through to the Sun Belt championship match to take on No. 2 Little Rock on Sunday at 1 p.m.