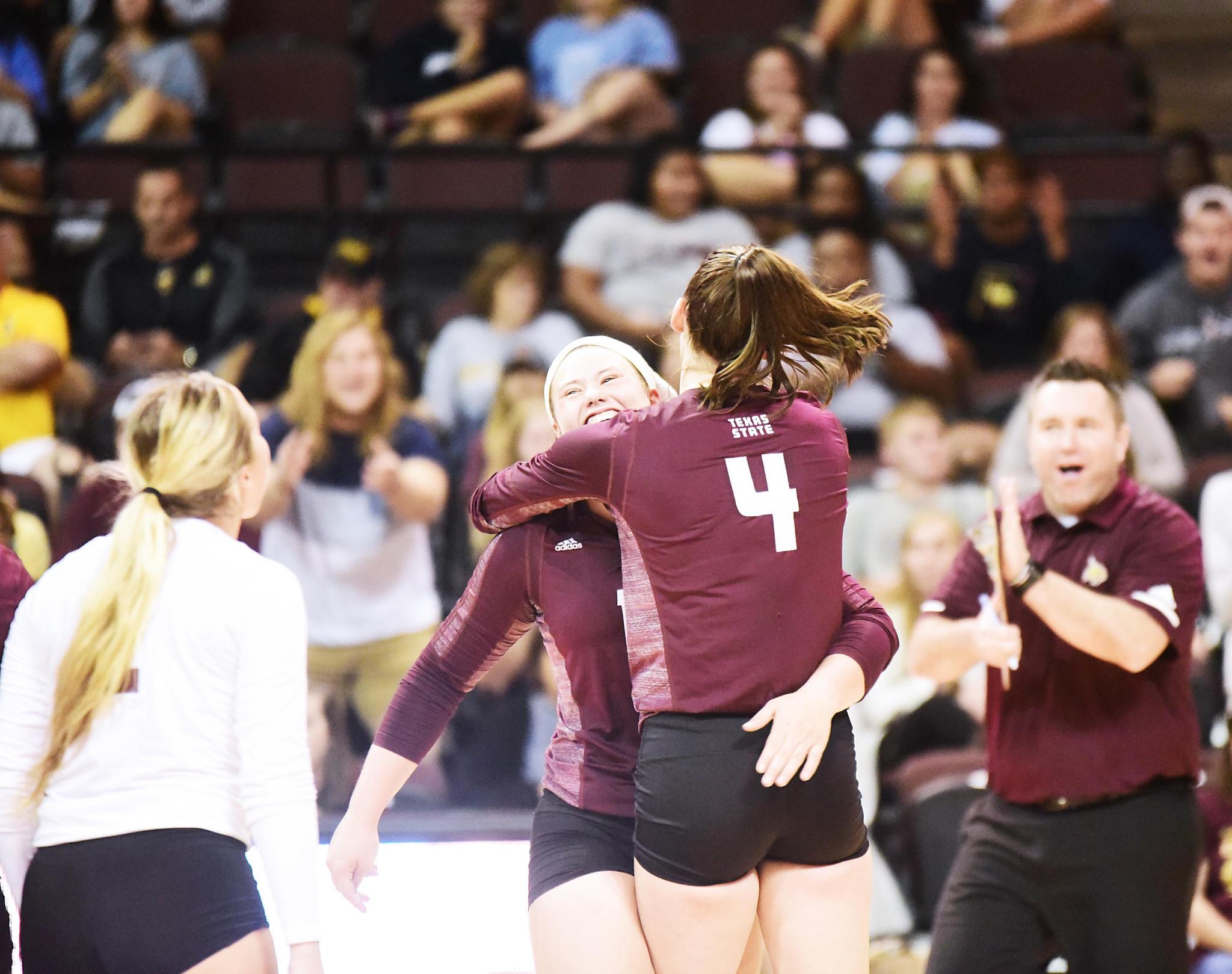 App State got out to an early 4-1 advantage in the following frame. But Texas State evened the set at 7-7. The Bobcats went on a 7-2 run to grab a 14-9 lead midway through the second set. The Mountaineers fought to within two points seven times during the rest of the period. But Texas State earned a 25-22 second-set victory to take a 2-0 match advantage.

The Bobcats took on two-time defending conference champion Coastal Carolina on Saturday at 6:30 p.m. inside Strahan Arena. The match ended after press time.