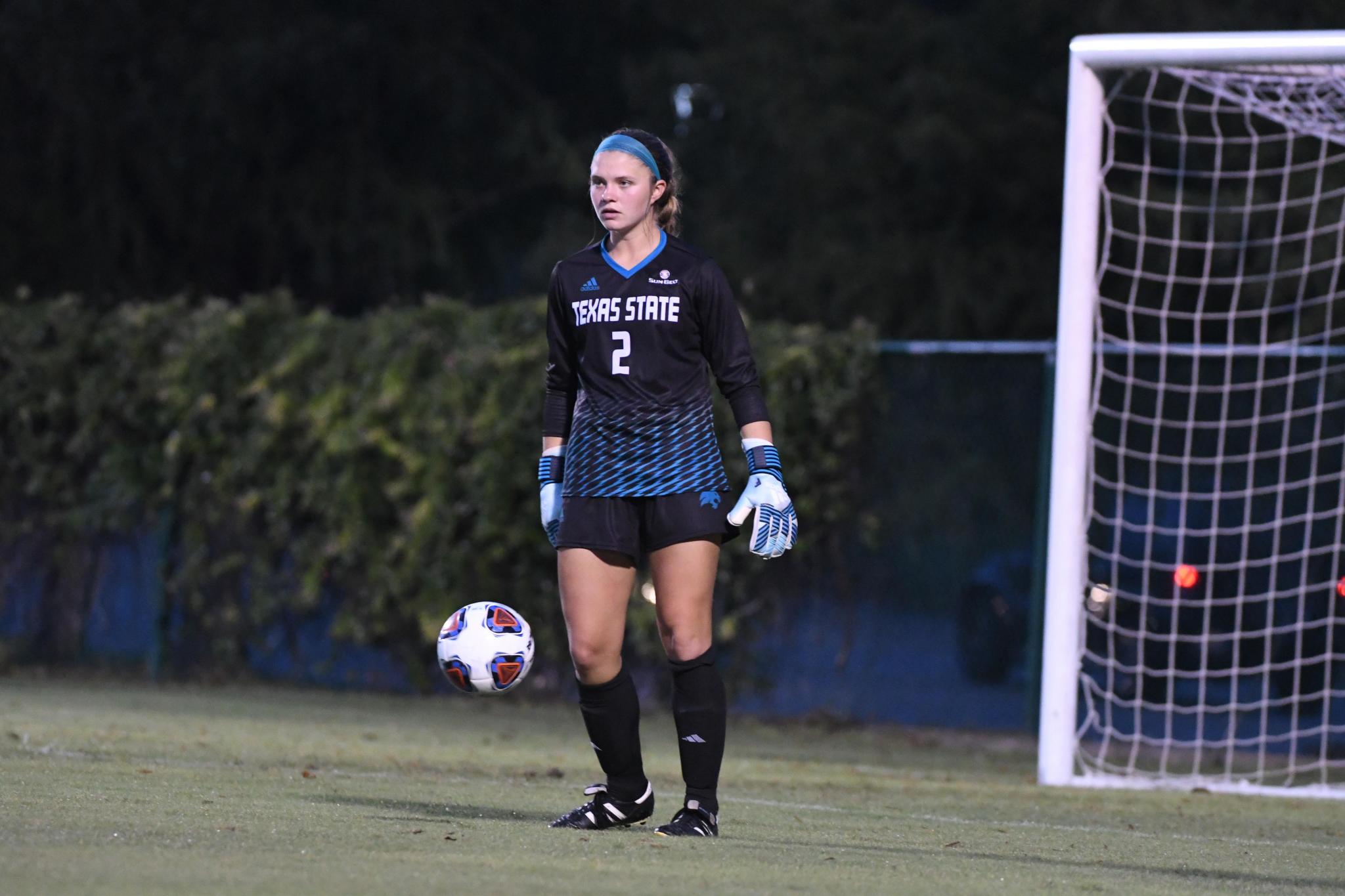 Junior forward Kaylee Davis extended her goal streak to five-straight matches. The Bobcats (5-5-1, 3-0-1 Sun Belt) received the goal from Davis in the 10th minute. Texas State took advantage of a counterattack on the Trojans (6-3-2, 1-1-1). Junior midfielder Jordan Kondikoff began the counter when she gained possession for the Bobcats and set a ball behind the Little Rock defense. Davis outran the Trojans and put up a shot that gave Texas State a 1-0 advantage.

The Bobcats had two more chances for goals in the opening half. In the 17th minute, sophomore defender Sarah Everett put a ball in the box that Kondikoff headed into the goal. But Kondikoff was called offside, which negated the goal.

Little Rock evened the match in the second half when it took advantage of a penalty kick. Trojan senior defender Liesa Seifert converted the opportunity from the spot to equalize at 1-1.

Little Rock outshot Texas State, 7-0, after the penalty kick. But the Bobcats kept the match even at 1-1.

In overtime, Little Rock had two chances early in the first extra period, but the Trojans couldn’t end the match.

“Our players fought hard,” head coach Kat Conner said in a postgame interview. “I was proud of them because we caught them in transition and we did it and that’s what we’ve talked about. But ultimately we’ve got to be better at attack … Defensively, I thought we did well in the first half. Second half, we got a little sloppy in our play of keeping them locked in. So, that’s got to get a little bit better too. So, we’ve got to be a little bit more disciplined. But other than that, I thought the players played extremely well.”

Junior goalkeeper Heather Martin made seven saves against the Trojans, which gives her 169 in her career and moves her into fourth place in Bobcat history.

Texas State returns to action on Sunday against Arkansas State at 1 p.m. inside Bobcat Soccer Complex.