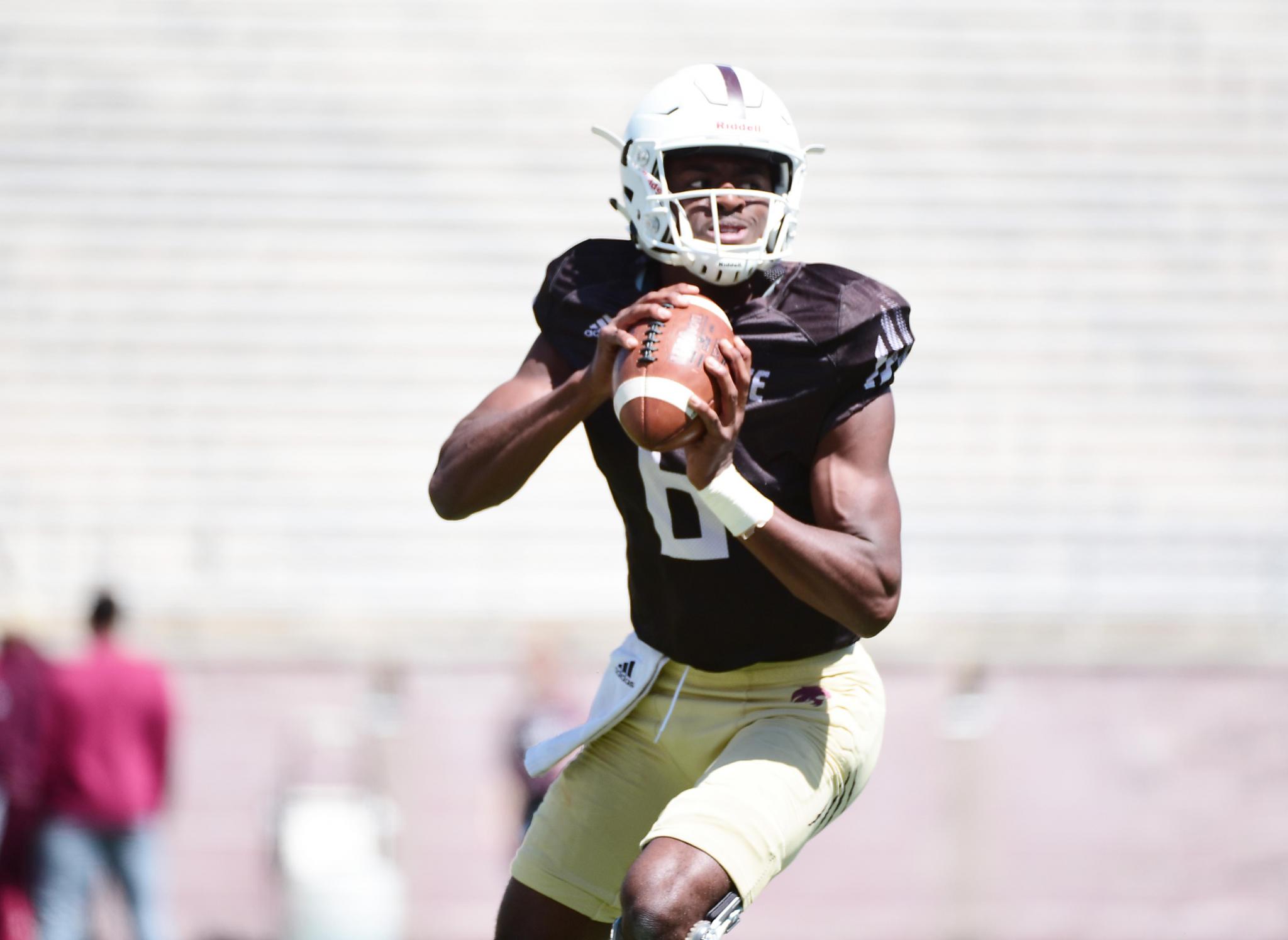 Editor’s Note: Texas State beat writer Nick Castillo will be previewing each position as the Bobcats gear up for the start of training camp on Friday, Aug. 3.

The competition for the starting role will be between sophomore Willie Jones III, redshirt freshman Jaylen Gipson, and true freshman Tyler Vitt.

Jones, who played in 10 games last season throwing for 281 yards and rushing for 168, will get first snaps when training camp begins on Friday, Aug. 3, Withers said. But Gipson and Vitt will have every opportunity to fight for the starting job.

“Everybody wants to talk about the quarterback position and we’ve got three guys that will go compete for the quarterback job,” Withers said at Sun Belt Media Day. “Willie Jones, who played a little bit for us last year, will probably take the first snaps for us during training camp, we start on (Aug.) 3. But Jaylen Gipson has also had a great offseason, a great spring with us. Then we have a freshman that everybody is excited about around our area, a young man from San Antonio, named Tyler Vitt. So, we go into the first year that we’re going to have a true quarterback competition. We’re going to have three guys that are going to have to compete for that job.”

Withers described Jones as a talented, tall, athletic quarterback, who has a strong arm. The Bobcats are excited about Jones’ potential.

“I think the thing that Willie does well is he can make a play when the play isn’t there,” Withers said. “We’ve got to get him to now start making the plays that are designed to be there, and he will. He’s growing, and again, he’s was a true freshman last year.”

Despite Gipson and Vitt’s inexperience at the collegiate level, Withers emphasized that they’ll battle against Jones.

“(Jones is) going to be in a battle though because Jaylen Gipson, who didn’t play last year, redshirted, got a lot of snaps this spring and improved this spring,” Withers said. “So, we’re excited about both of those guys, and then, obviously, adding a true freshman (Vitt) in that mix. It’s hard for a true freshman to come in here and compete in the Sun Belt, but Tyler Vitt is going to get every opportunity to do that.”