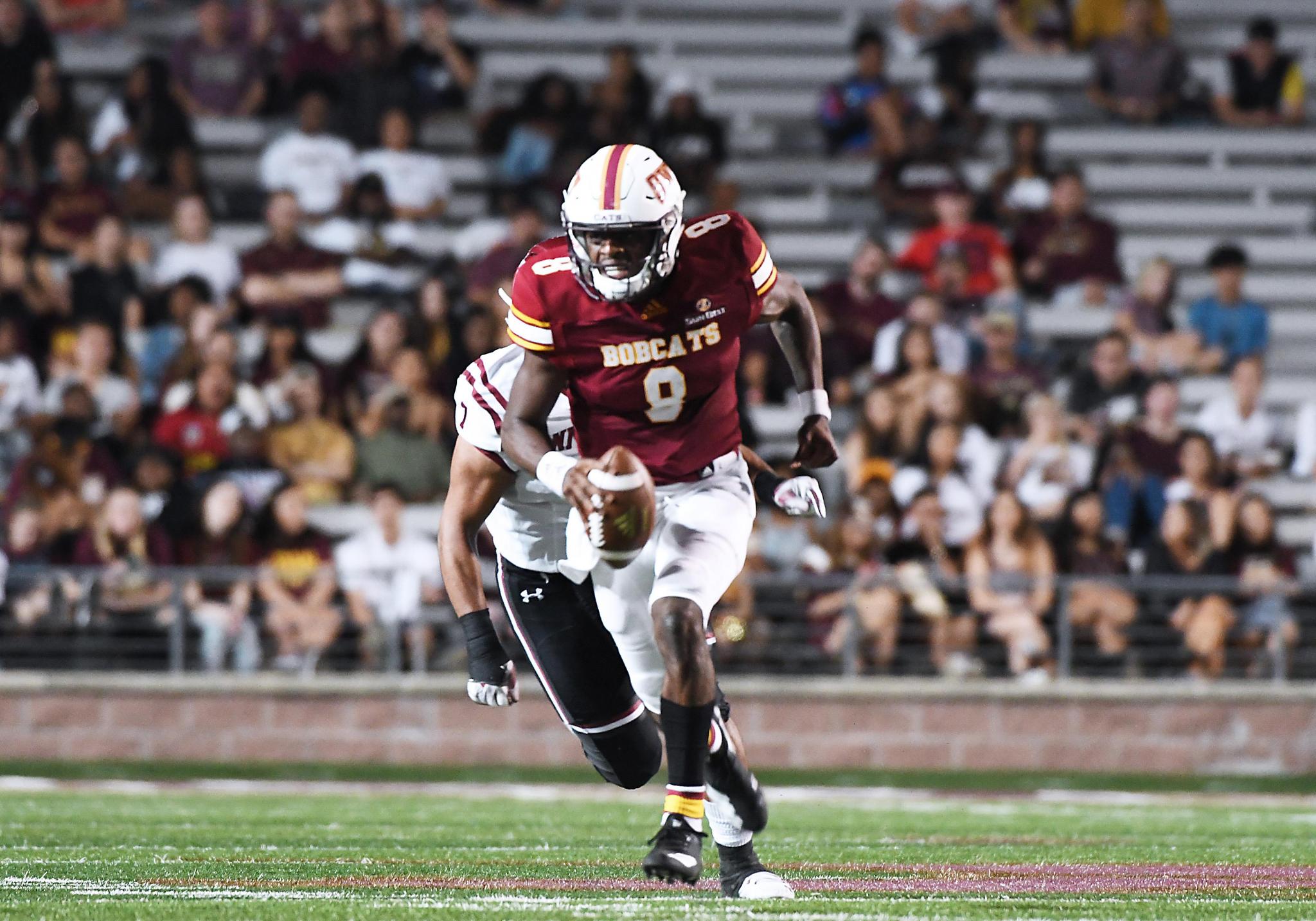 No, hours following the Bobcats’ first conference win of the season, the third-year head coach was already looking ahead to Appalachian State.

The Bobcats (3-6, 1-4 Sun Belt) host Withers’ alma mater on Saturday at 3 p.m. inside Bobcat Stadium. Texas State is on its first winning streak since 2014 following the victory over Georgia State.

“We’d like to be successful in week two, winning our first conference game at home,” Withers said. “That’s a challenge. Obviously, playing a tough Appalachian State team that I consider, and have since I’ve been here, kind of the standard in the conference as far as program development and going from FCS to FBS kind of doing it the way it ought to be done kind of giving the model and the blueprint for schools trying to do that the right way. So, we’re excited about playing them.

“I thought it was a good week for us last week to be able to bounce back and go down to Coastal and play a good football team there and to get a win,” Mountaineer head coach Scott Satterfield said on Monday’s Sun Belt teleconference. “I thought our guys really had a business like approach last week and getting back to work … That was really good win for us. Now, we got another tough road test again this week going down to Texas and playing Texas State.”

The Mountaineers bring a talented team to San Marcos. Their defense is the best in the conference. App State is ranked No. 1 in the Sun Belt and No. 9 in the country in total defense.

“They’re majority an odd-front,” sophomore quarterback Willie Jones III said. “They’re No. 9 in total defense in the nation right now. Eight interceptions, I think. Their corner No. 17 (Tae Hayes) has two. Both the safeties (Desmond Franklin and Josh Thomas) have two. There’s two more people off the bench they rotate in the secondary that has one each. So, they get a lot of takeaways.”

Offensively, the Mountaineers average 443.6 yards per game, which is No. 3 in the Sun Belt. Although they’ve lost senior running back Jalin Moore to an injury, App State’s offense still continues to produce.

“They’re talented,” Withers said. “Again, I think it starts up front with their offensive line. The ability to, they lost their starting tailback Jalin Moore to an ankle injury and it really hasn’t slowed them down at all. The quarterback (Zac Thomas) got hurt a few weeks ago against Georgia Southern. I’ll imagine he’ll be back … But it’s a talented offense. Big receivers … But it’s a challenge for us defensively. We’ve got to play a lot better than we played Saturday and I think our kids know that too.”

Although Withers likes the success his alma mater is having, Texas State wants to pick up its first home conference win of the year and the Bobcats can secure that victory against the Mountaineers.

“I’m obviously proud of what they’ve done but as a competitor I want to beat ‘em every time we play them,” Withers said. “That’s just my mindset. They’re another Sun Belt team for me. And we’re trying to win our first Sun Belt game at home.”