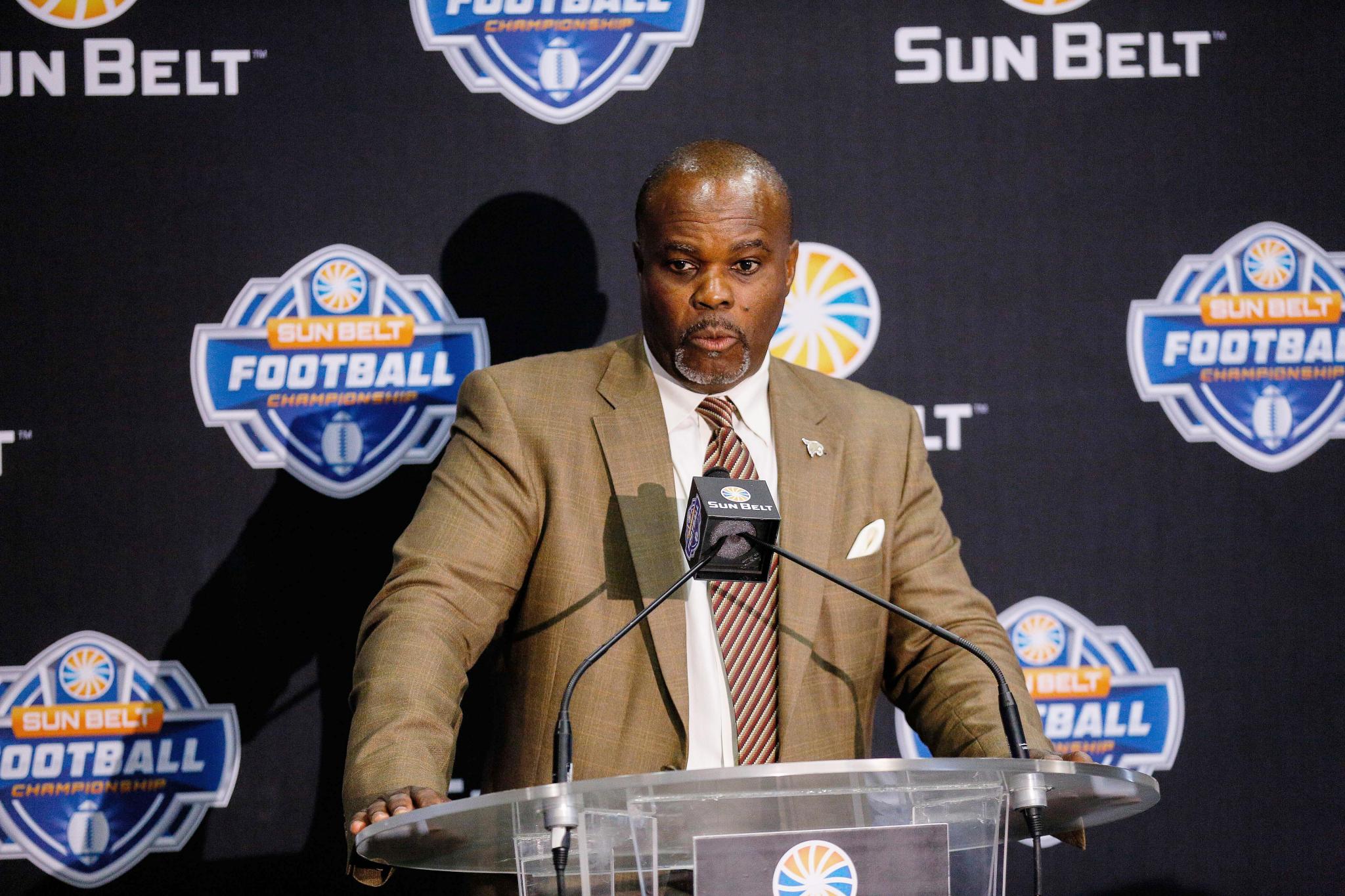 Are the Bobcats where they want to be yet? The third-year head coach will tell you no. But as he stood at the podium for Sun Belt Media Day inside the Mercedes-Benz Superdome, he was confident that Texas State is closer than it’s ever been during his tenure.

“I think one thing you find out when you’re building a culture is you have to eventually have the players own the culture and run the culture,” Withers said. “And we feel like our team now is starting to run it within itself. Guys like Bryan (London II), guys like Aaron (Brewer), guys like (safety) AJ Krawczyk, (defensive end) Dean Taylor, those guys are really kind of running the football team, which to me, is what you have to have.

“You have to have a group of guys that take and say the things that the coaches say, you know, within the team. That’s happening a lot more at our place more so than it happened in year one and year two. We have more guys bought in. We’ve had over 100 guys since June 4th around our program. That hasn’t happened before. We’ve had a great eight-week training session. But our guys are out there on their own running captain’s practices, which you have to have to be considered a team that can compete in a league like the Sun Belt.”

For Withers, the bond the team has this year excites him the most as the Bobcats prepare for the start of training camp on Friday, Aug. 3.

“I think this team has a purpose going into camp,” Withers said.” I’m more excited about some of the young guys, who maybe didn’t play last year or played limited roles last year, how much they’ve grown to add depth to our program because if we can add depth, you don’t win in a league like the Sun Belt unless you have depth.”

With less than two weeks before camp begins, London said there’s a buzz around the fieldhouse. London believes the Bobcats can accomplish any goal they set before themselves.