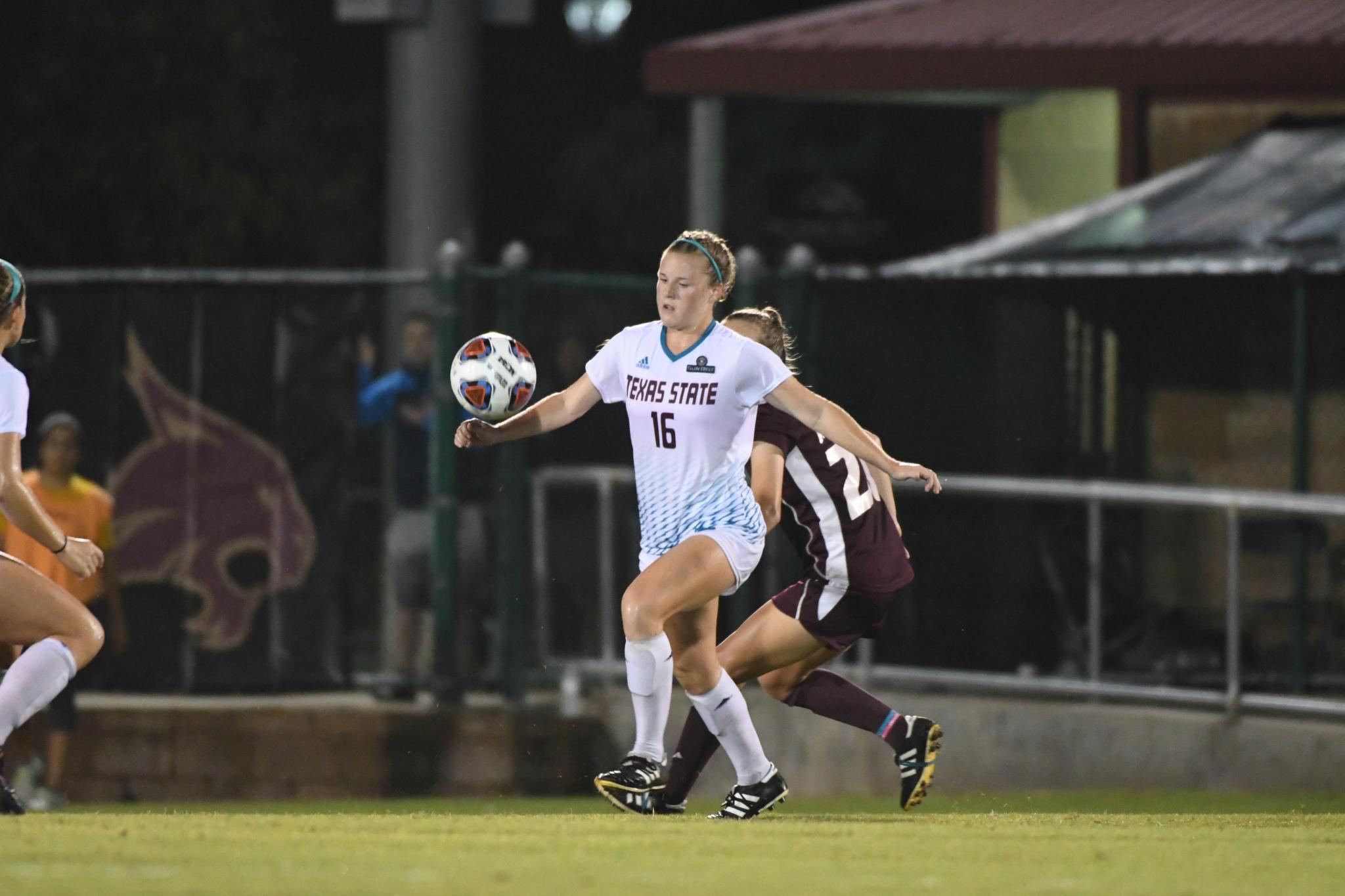 Texas State has been eating an elephant one bite at a time.

That’s been the Bobcats mantra for taking things match by match this season. After a slow start this year, Texas State comes into its final weekend of the regular season with a chance to win the Sun Belt.

“I think, all season we’ve just told ourselves one bite of the elephant at a time,” senior midfielder/defender Jamie Brown said. “So, one game at a time and trying not to think of the whole big picture at one time but doing what we can each and every day for the one little bite that’s coming each game. So, like Friday, taking Friday in itself and then moving onto Sunday.”

Texas State takes on Georgia State on Friday at 7 p.m. inside Bobcat Soccer Complex. The Bobcats end the weekend on Sunday with Senior Day and their regular-season finale against Coastal Carolina at 1 p.m.

Texas State holds the best record in the conference entering this weekend at 7-0-1 in Sun Belt play. Coastal Carolina is behind them at 6-2 followed by Little Rock at 5-1-1. The Bobcats also have the most points with 22 followed by the Chanticleers at 18 and the Trojans at 16.

With a regular-season championship opportunity at hand, head coach Kat Conner said it’s been a crazy journey to this point in the season.

“We’ve tried to like just be grounded and not get ahead of ourselves,” Conner said. “I think Jamie (Brown) was one of the first ones we’ve heard always say that: ‘Let’s just think about the game today. Let’s just do today,’ and that’s kind of the way Jamie is period. She just kind of thinks about ‘let’s control what we can control today and set ourselves up for what we need to do. Of course, (senior midfielder/defender) Kelly (Barbalias) goes right in with it too. I think they’ve kept us grounded. They’ve kept us not getting ahead of ourselves. I think that’s hard to do when you’re sitting here and each game it gets a little bit more intense about what’s on the line. Yet they also seem to keep such a lively positive, upbeat attitude.”

Barbalias said playing for a Sun Belt title is huge for the Bobcats.

“Since, I’ve been here that’s always kind of been the team goal is to win conference,” Barbalias said. “So, doing that your last year playing would be like a dream.”

Texas State has an opportunity to a earn a championship in front of its home crowd and the Bobcats are glad they’ll be in San Marcos this weekend.

“I think it’s awesome to be back home,” Conner said. “... But to be at home and play in front of our crowd, I know our players just get jazzed. They get jazzed because everybody starts to come out for them and it’s packed and it’s a good crowd. We’ve had good crowds for many of the games we’ve gotten at home. So, I think they just give that little extra when they’re at home and that helps. That helps a lot when you’re playing for a championship.”

But the Bobcats will keep the same mentality this weekend. It’s just one game at a time.

“We keep saying just, ‘How do you eat an elephant? One bite at time,” Connor said. “And so, I just keep trying to tell myself ‘just focus right here,’ and I think, again, that’s because I’ve learned from them that it’s about focus each day, but also just relaxing and staying loose and enjoying the journey.”