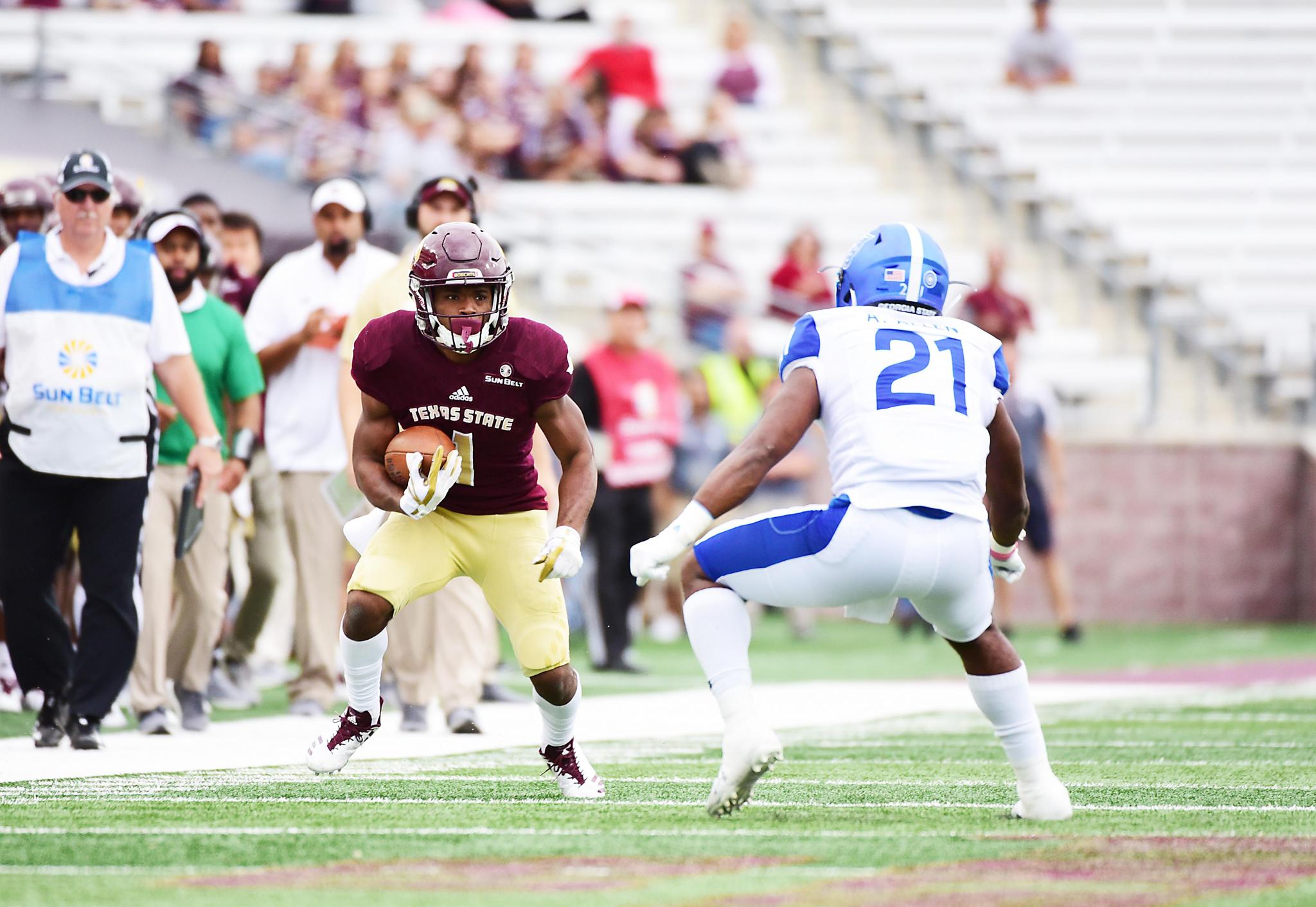 Bobcats have talent at wide receiver, still searching for answers at tight end

The Bobcats have their leading slot receiver back in senior Tyler Watts. They’ll also have wide receivers Hutch White and Jeremiah Haydel returning to action. Texas State will get junior Mason Hays back, who missed most of the season after he suffered an injury against UTSA.

“Again, we’ve really gone from year one with a receiving corps that we didn’t know who are receivers were in year one to now having a very good group of receivers and also we signed five receivers in this past class that are all talented, athletic guys,” head coach Everett Withers said at Sun Belt Media Day. “The lead guy coming back for us is Tyler Watts, who had over 40-some-odd catches for us last year and a number of touchdowns. (Watts is) a very good slot receiver for us. We return Mason Hays, who Mason was hurt for us most of the year after we played UTSA we didn’t have Mason for the rest of the season. So, we’re excited to get Mason back.

“And then we’ve got Hutch White on one end. Jeremiah Haydel at one wide out and we add TJ Bedford to that group. A number of other, like I said, we signed five wide receivers that we feel like can compete. A bunch of tall, long, athletic guys that we’re excited to add to that mix.”

Tight ends will be a bit of a mystery for the Bobcats in 2018.

The Bobcats have six tight ends on the roster. Senior Elijah Rodgers is the lone tight end to record a catch for the team in 2017. He caught four passes for 33 yards last season. Texas State also has junior Brendon Rushing and redshirt freshman Hunter Herbert. The Bobcats brought in graduate transfer Keenen Brown from Oklahoma State, who only recorded four receptions for 56 yards for the Cowboys last year. The Bobcats signed two tight ends in the 2018 recruiting class: 2-star Jackson Lanam and 2-star Seth Caillouet.

The Bobcats will look to find the answer at tight end during training camp.