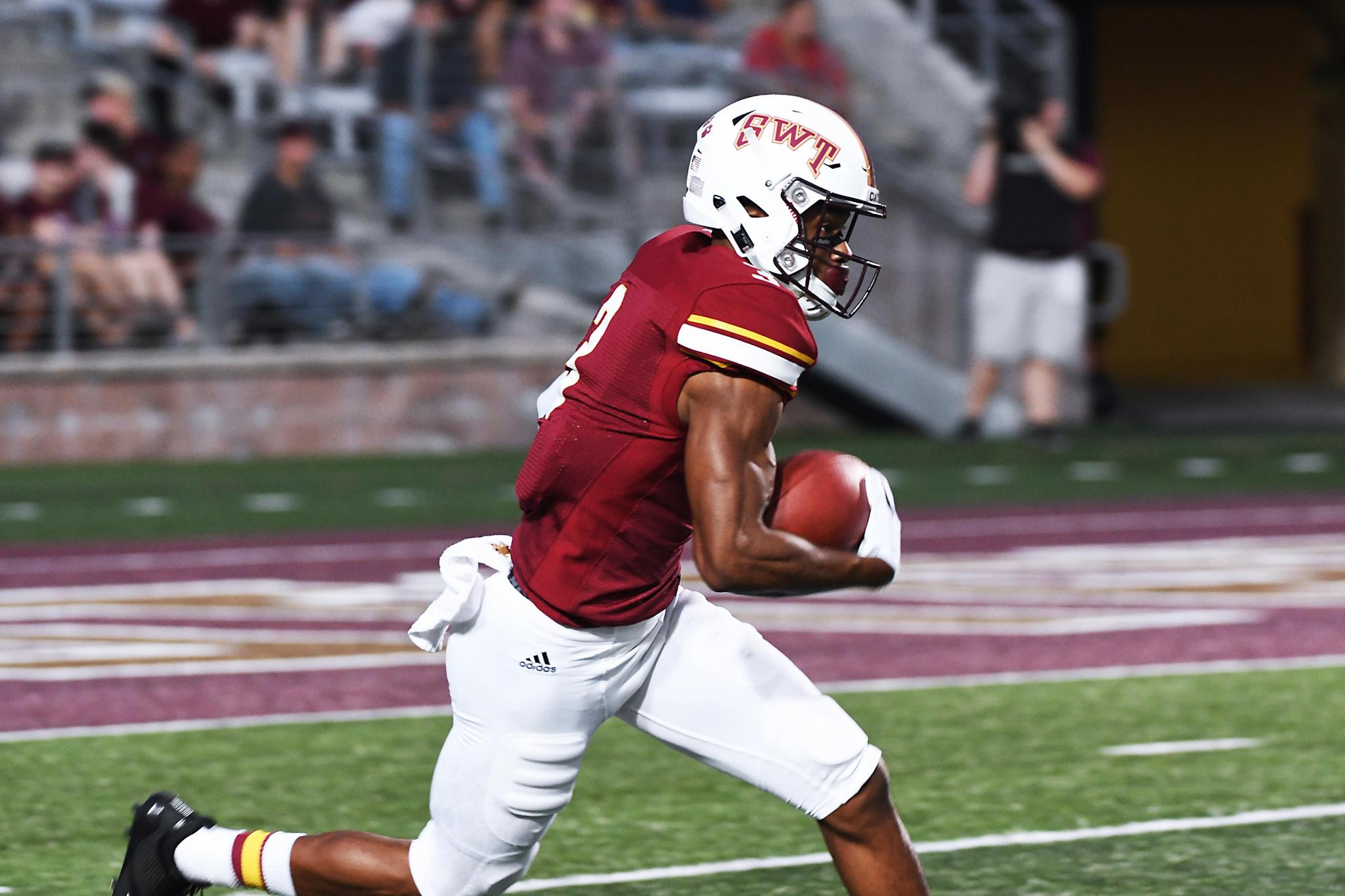 Texas State won Saturday’s game against New Mexico State because the Bobcats made plays that they haven’t made during head coach Everett Withers’ tenure.

The head coach even said so himself at his weekly Monday press conference.

Texas State, who entered the week dead last in the country in third-down conversion percentage, picked up first downs when they needed to. The Bobcats scored on a 50-50 reception by sophomore wide receiver Jeremiah Haydel. Texas State’s defense closed the game out with a 4th-down stop inside the redzone.

Now, Withers hopes the Bobcats (2-6, 0-4 Sun Belt) can learn from making those big plays as they head into a tough November schedule beginning with Georgia State (2-6, 1-3) on Saturday in Atlanta.

“You know, to be able to win the game like that, you know, the year before or two years before, we would’ve found a way to not make a play there and Saturday night we made play and to me that was a little bit of the growth and evolution of our football team,” Withers said. “Those are little pieces of growth that you see in our football team. We made some plays Saturday on both sides of the ball that we have not made in two and a half years.

“(Sophomore quarterback) Willie (Jones III) threw two third down conversions that were unbelievable throws. Two young guys made really big catches on third down to keep drives alive. (Junior cornerback Anthony J) Taylor making his first career interception down here on a back-shoulder fade. Just an unbelievable play … Jeremiah Haydel, big catch down here in the endzone. I mean, we haven’t made those plays since we’ve been here and we made them Saturday. So, hopefully, this is something to grow and build on.”

After picking up their first win in six tries, the Bobcats want to keep earning that winning feeling.

“We want it again,” Haydel said. “We got to keep working and keep fighting to get it again, to get that feeling again.”

Texas State returns to conference play against the Panthers. Texas State is ready to tackle the final four games of the 2018 campaign.

“I think our effort from our team and their understanding of the responsibility to honor those guys, I think was really, really important,” Withers said. “I think our kids got it. I think they really got it and to me that was a win in itself that our kids wanted to go out, they knew who was in the stands watching them and who was on the sidelines watching them. I felt like they wanted to honor those players.”

Haydel said it was amazing to honor SWT and wear the throwback uniforms.

“Those uniforms were clean,” Haydel said. “I liked those uniforms. But yeah, it’s an honor because they set the standard. They had the Southwest Texas State out here on the grass, it was an amazing feeling. Just to represent those guys in the right way and just getting the win that’s really all that mattered.”

In Vitt’s absence, Jones made the start. The sophomore quarterback from Silsbee ran for 110 yards and a touchdown on 19 carries. He also threw two touchdown passes and completed 50 percent of his passes for 113 yards.

Withers said that Vitt would be day-to-day after Saturday’s game. On Monday, the third-year head coach said the decision on who would start would come minutes before the game.

“We’ll make (the quarterback) decision by Saturday about 15 minutes from 1 o’clock,” Withers said.