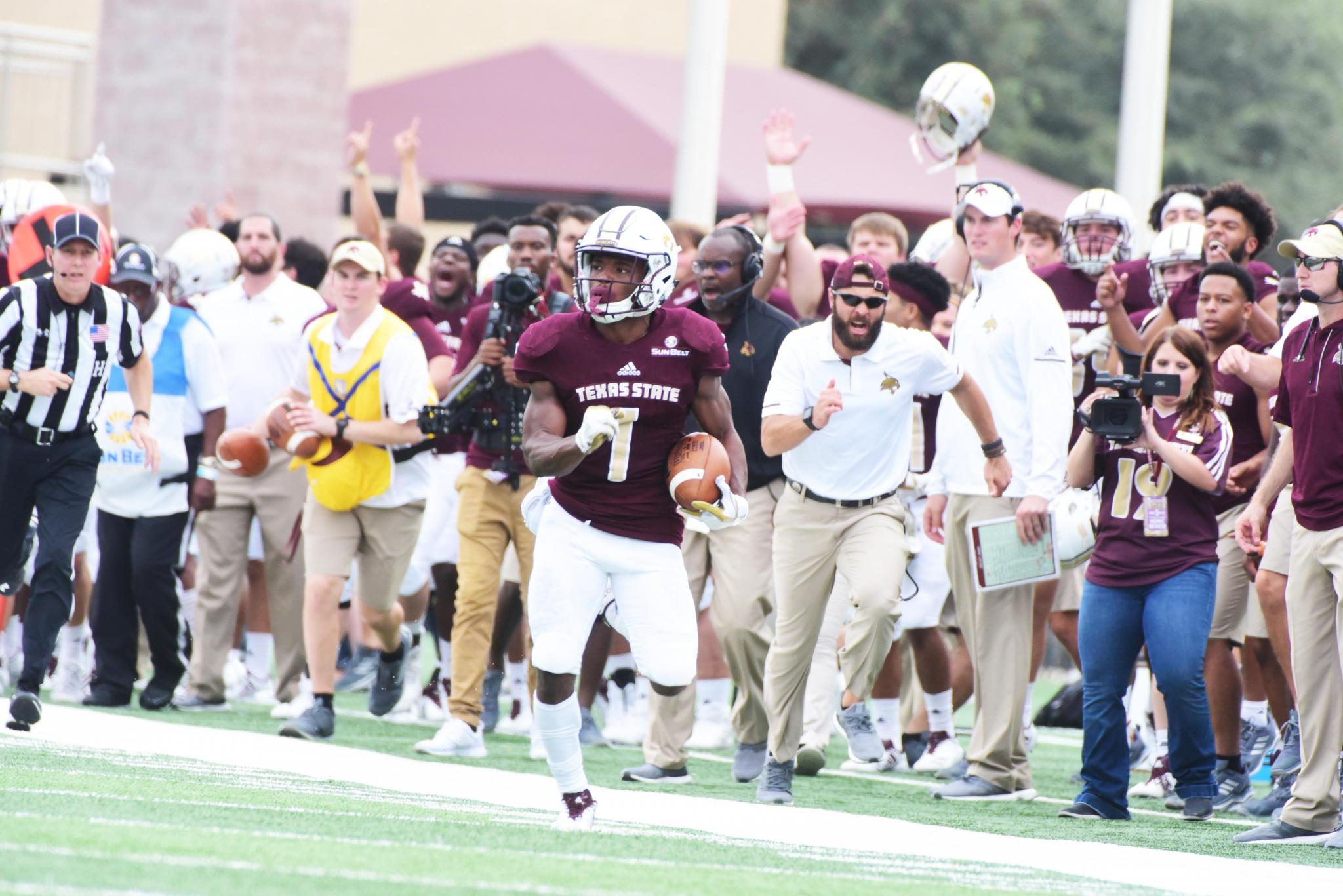 Texas State was voted to finish fifth in the Sun Belt West Division and ninth overall, the conference announced Wednesday when it released its 2018 preseason poll.

The Bobcats, who are coming off their second 2-10 season, were picked second to last in the Sun Belt only above Coastal Carolina by the conference’s head coaches.

The 2018 season marks the first time in the conference’s 18-year history that the Sun Belt will play a divisional format with East and West Divisions containing five teams each.

The Sun Belt’s head coaches selected Arkansas State to finish atop the West Division, and also picked it to win the inaugural Sun Belt championship game. Appalachian State was selected to finish in the first place in the East Division

In the West, Louisiana-Monroe was picked to finish in second followed by South Alabama, Louisiana and Texas State.

In the East, Troy was selected in second with Georgia State in third, Georgia Southern picked fourth and Coastal Carolina in fifth.

The poll was released ahead of Monday’s annual Sun Belt Media Day held at the Mercedes-Benz Superdome in New Orleans.