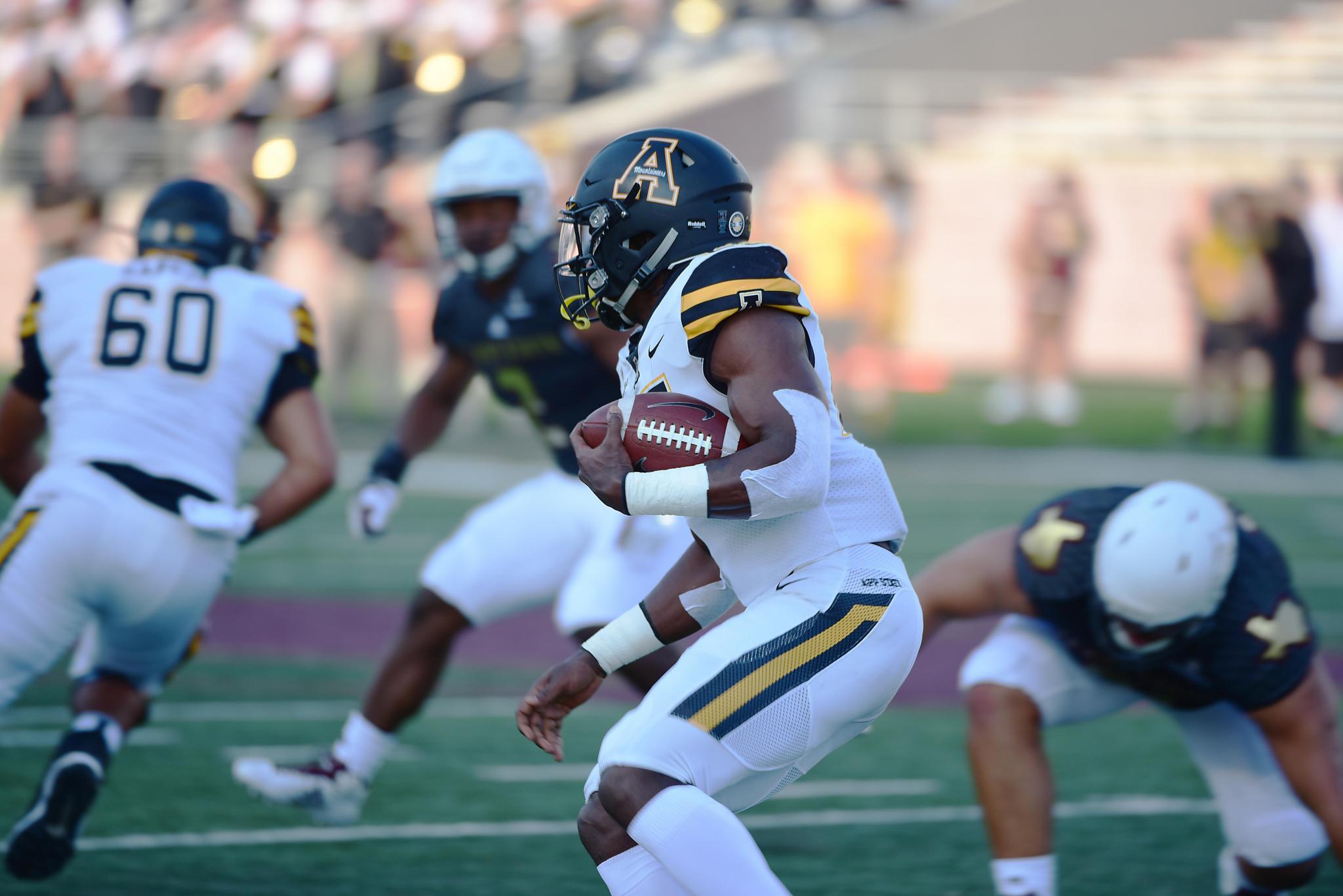 Rewind for a second. In the 2000s, the Mountaineers were FCS monsters. They won three straight national titles from 2005-2007. App State famously took down Michigan, who entered the 2007 season ranked No. 5,  in that year’s season opener.

The Mountaineers had sustained success until their penultimate season in FCS,  saw head coach Jerry Moore retired in 2012 after an 8-4 season. App State hired Scott Satterfield to lead it into its final FCS season in 2013 and into FBS competition in 2014. But things didn’t start well at all for Satterfield. In the last year in FCS, App State went 4-8. In the Mountaineers' first FBS year, it didn't begin well either. Michigan got revenge - even if it was seven years too late - by beating the Mountaineers by 38. App State fell to Southern Miss, Georgia Southern and South Alabama.

A 1-4 start was bad in 2014. Then came the loss that changed things for the Mountaineers. On Homecoming, App State was upset by FCS Liberty, 55-48, in overtime. From there, the Mountaineers rattled off six consecutive wins to turn what appeared to be a disastrous year into a 7-5 season.

App State has posted a 36-9 overall record since that loss to Liberty, and has gone 27-3 in Sun Belt play, including back-to-back conference championships in 2016 and 2017.

Now the Mountaineers look to keep their success going in 2018.

But App State will have to replace four-year starting quarterback Taylor Lamb. Last year, Lamb threw for 2,737 yards and 27 TDs and added 584 rushing yards and five touchdowns. The Mountaineers will have sophomores Zac Thomas and Jacob Huesman return. Thomas was the backup last season and is expected to win the quarterback job.

Whoever the Mountaineers choose behind center, they’ll have star running back Jalin Moore to rely on. Moore, a senior from Shelby, N.C., was the 2016 Sun Belt Offensive Player of the Year. He battled injuries in 2017, but could have a bigger year in 2018 at full health. Despite injuries, Moore still managed to rack up 1,037 rushing yards and 12 touchdowns. App State has a solid backup running back in sophomore Marcus Williams, who rushed for 500 yards and two touchdowns.

At wide receiver, App State has sophomores Thomas Hennigan and Jalen Virgil returning, as well as Darrynton Evans, who was sidelined in 2017 because of injury. Hennigan hauled in 45 receptions for 585 yards and seven touchdowns, while Virgil tallied 20 catches for 364 yards and three touchdowns. The Mountaineers also have two Kansas State transfers that they expect to contribute. Sophomore Corey Sutton, who sat out in 2017, and fifth-year senior Dominique Heath. They also have junior tight end Collin Reed, who only nine passes in 2017 but notched 157 yards and five touchdowns.

The Mountaineers may take a small step backward on offense without Lamb, but they’ve got the weapons to put together a good offensive year.

The Mountaineers had their struggles defensively, but went on an insane run in their final four games. App State only allowed 30 points in its last four contests and shutout Toledo 34-0 in the Dollar General Bowl. The Mountaineers finished No. 29 in the country in total defense by only allowing 342.5 yards per game.

Despite the losses on defense, App State has experienced players. On the defensive line, the Mountaineers have senior Okon Godwin, who had 20 tackles and one sack last season. Four sophomores are also expected to contribute: Chris Willis, Demetrius Taylor, Tommy Dawkins, and Elijah Diarrassouba. Add senior nose tackle Myquon Stout to the defensive line and it could poise trouble for many in the Sun Belt.

At linebacker, App State has its second-leading tackler return in Anthony Flory. He posted 87 tackles, one interception and one sack in 2017, his junior season. The Mountaineers also have four juniors that it has high hopes for: Noel Cook, Edward Davis, Akeem Davis-Gaither and Jordan Fehr.

Despite losses in the defense, App State is poised for another good year.

ESPN’s Football Power Index has the Mountaineers finishing with an 8-5 record, almost matching 2017’s 9-4 mark. The Mountaineers were selected to win the Sun Belt East Division and finish second in the conference in the preseason Sun Belt coaches’ poll.

The Mountaineers have a challenging season opener on the road against Penn State, who’s ranked No. 9 in the coaches’ preseason poll. App State’s non-conference slate continues with a road match against Charlotte and home games against Southern Miss and Gardner-Webb.

App State and Texas State meet on Nov. 10 inside Bobcat Stadium. The Mountaineers held onto win last season’s matchup 20-13, where they held the Bobcats by inches from tying the game as time expired. ESPN’s FPI gives App State a 77 percent chance to pick up another win against Texas State.