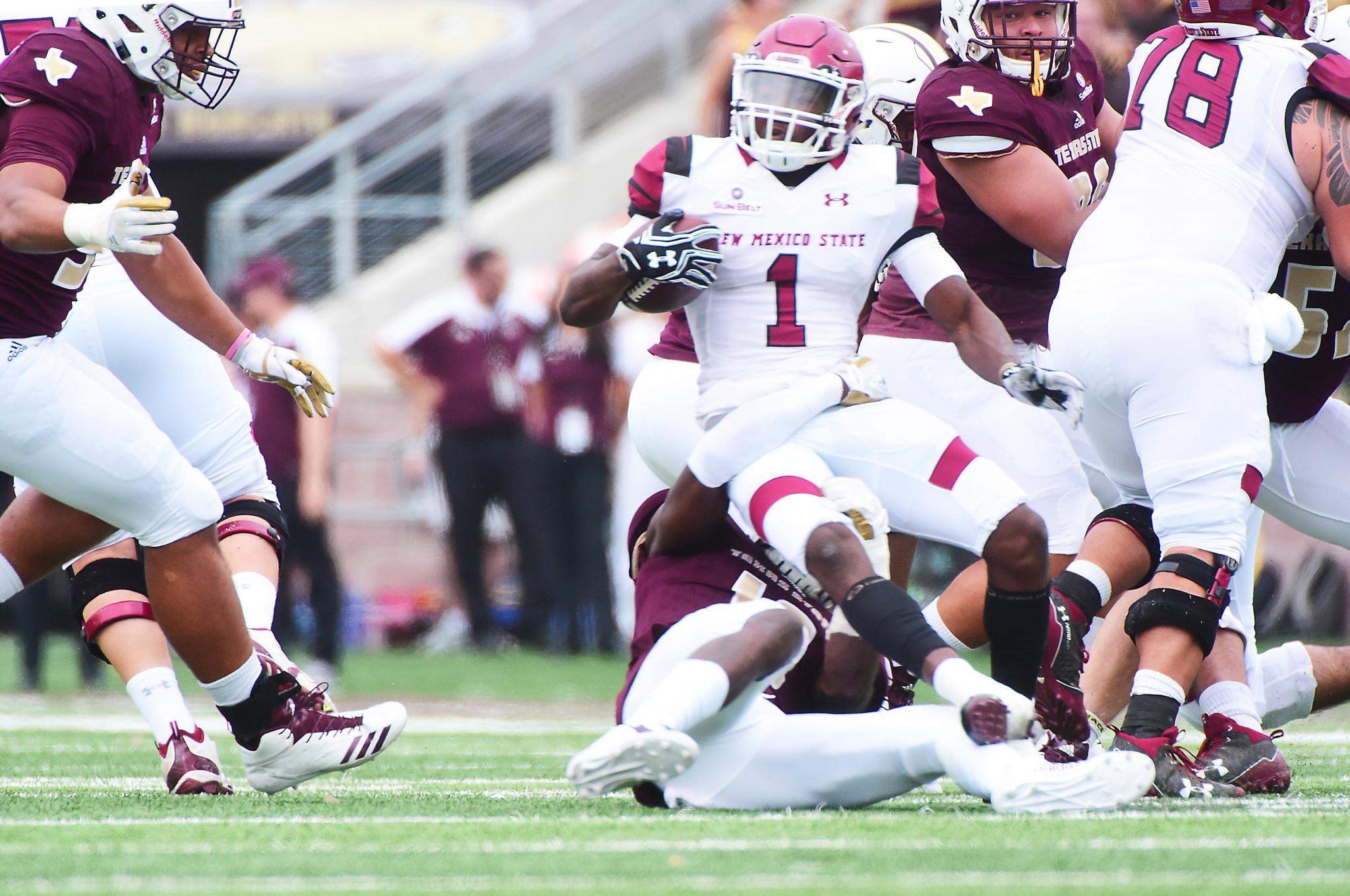 After 57 years without going bowling, the Aggies found themselves bowl eligible with a 6-6 record after defeating South Alabama, 22-17, to end the regular season.

NMSU capped off a historic season with a 26-20 overtime win over Utah State in the NOVA Home Loans Arizona Bowl.

After a successful 2017 campaign, 2018 will be a much different year for the Aggies. NMSU is now a FBS Independent after the Sun Belt ditched it to go toward a 10-team football conference. Head coach Doug Martin, who signed a four-year extension on Friday, remains with the Aggies. But Martin and NMSU will have to reload on offense and hope the defense plays up to its potential.

Offensively, the Aggies have to replace quarterback Tyler Rogers, who threw for 4,016 yards and 27 touchdowns and also scored seven rushing touchdowns in 2017. NMSU will likely turn to senior Nick Jeanty to take the helm. Jeanty has made five career starts and has thrown for 1,028 yards and six interceptions in 14 games played. But the Aggies will also have JUCO transfer Matthew Romero, who threw for 5,489 yards and 49 touchdowns in two seasons at Palomar College. Freshmen quarterbacks Cameron Matthews, Josh Adkins and Jeremy Hodge also participated in spring practices.

Whichever quarterback receives the starting nod will have solid targets at wide receiver. Senior Johnathan Boone, OJ Clark and Anthony Muse all had at least 399 receiving yards in 2017.

Defensively, the Aggies have a chance to be better than last season with a load of talent returning. NMSU ranked No. 74 in FBS in total defense by giving up 400.8 in 2017, which was a massive leap from 2016 when the Aggies ranked No. 124 and allowed 522.3 yards per game.

On the defensive line, New Mexico State has Cedric Wilcots II, who was an All-Sun Belt selection in 2017, Malik Demby, Roy Lopez and Myles Vigne all returning.

The Aggies have Terrill Hanks returning at linebacker, who led them in total tackles last season with 111 and had 15 tackles for loss.

If the returning talent plays up to potential, it could be a good year for New Mexico State.

ESPN’s Football Power Index projects the Aggies to have a similar season in 2018. NMSU is projected to go 6-6.

The Aggies begin their season at home against Wyoming before traveling for back-to-back road games against Minnesota and Utah State. NMSU returns to Las Cruces, N.M. to take on New Mexico in the Battle of I-25. The Aggies then travel to El Paso to face UTEP in the Battle of I-10. NMSU hosts Liberty for its homecoming game on Oct. 6. The Aggies play two former Sun Belt foes before taking on Texas State. NMSU goes on the road to play Louisiana and then plays Georgia Southern.