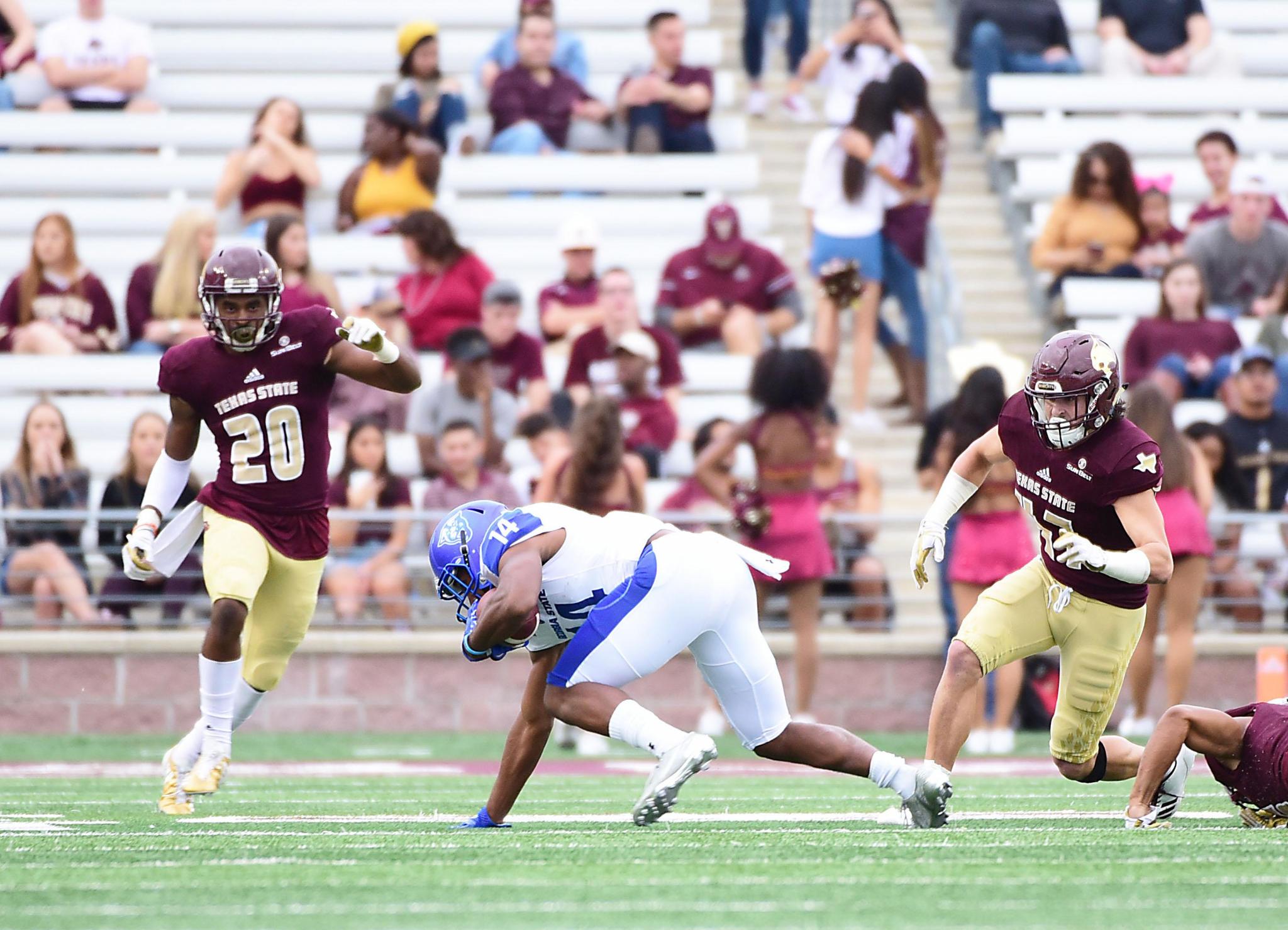 Countdown to Kickoff Panthers hope to build off successful 2017 campaign

Georgia State had its most successful season in its short football history in 2017, but 2018 could result in a slight regression for the Panthers.

Georgia State only began playing football in 2010 and in its first few years there wasn’t much success. The Panthers broke through with their first bowl-eligible season in 2015, but lost to San Jose State, 27-16, in the AutoNation Cure Bowl, which dropped their record to 6-7.

Georgia State went in a downward spiral in 2016. After a 2-8 start, the Panthers fired head coach Trent Miles. They finished the season with a 3-9 record.

In his first season as head coach, Shawn Elliott pushed Georgia State to a 6-5 record to qualify for a bowl game, despite beginning the season with a 17-10 loss to FCS Tennessee State and a 56-0 drubbing at the hands of Penn State. The Panthers won the Cure Bowl in 27-17 fashion over Western Kentucky.

After a good first season at the helm, Elliott will have to guide Georgia State through the loss of key players on offense in order to find the same success in 2018.

The Panthers have to replace starting quarterback Conner Manning, who threw for 3,146 yards and 14 touchdowns in 2017. They also lost their two leading rushers Glenn Smith and Kyler Neal. Last season, Smith ran for 599 yards and three touchdowns, and added 47 receptions for 377 yards and one touchdown. Neal only rushed for 198 yards and five touchdowns.

Georgia State will either turn to Manning’s backup Aaron Winchester, JUCO All-American Dan Ellington, redshirt freshman Jack Walker or freshman Swift Lyle. Manning was expected to carry the offense last season, and whoever wins the battle will likely have to compensate for lack of experience at running back.

Redshirt senior running back Taz Bateman could provide a spark at running back. He finished behind Smith and Neal, but had far less carries than Smith and only a few less than Neal. Bateman finished the season with 176 yards. The Panthers could also turn to redshirt senior Demarcus Kirk, who ran for 145 yards and two touchdowns.

Luckily for Georgia State, it has one of the best wide receivers in the Sun Belt in redshirt junior Penny Hart, who recorded 1,121 yards and eight touchdowns on 74 receptions last year.

On the offensive line, the Panthers have redshirt junior tackle Hunter Atkinson and redshirt sophomore guard Shamarious Gilmore, who both were named to the All-Sun Belt preseason second team.

Defensively, the Panthers look to replicate 2017’s success stopping the run. Georgia State held their opponent’s running game in check. The Panthers finished the year ranked No. 34 in FBS in rushing defense by only allowing 134.6 yards per game.

Defending the pass in 2017, however, was a different story. Georgia State finished No. 101 in the country after giving up 251.4 yards per game.

The Panthers will rely on senior safety DeAndre Applin and senior cornerback Jerome Smith this season. Applin recorded 46 and Smith had 38 tackles in 2017.

Georgia State also has young guys that it might turn to in freshmen safeties Chris Bacon, Jaylon Jones and Jacorey Crawford and freshman cornerback Tyler Gore.

ESPN’s Football Power Index expects the Panthers to drop off in 2018 with a projected 4-8 record.